We have a handful of new products, including the new Fez Domino, Triple Luxeon Rebel LED Breakout, ADXL345 Eval Board, the TTS256 Text-to-Speech chip, the LYPR540AH Triple Axis Gyro Board, SPI-to-UART IC Breakout, the MP3 Trigger V2, an updated microSD Shield, and a Multiplexer Breakout Board.

I'm just going to cut to the chase - it's time for new products! 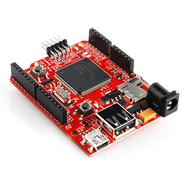 First we have the Fez Domino - a tiny open source board running Microsoft .NET Micro Framework. What does that mean? It means you can write code with great efficiency using C# programming language under free Microsoft Visual C# Express. This thing is easy to use and includes built-in microSD, USB slot, and standard ADC/DAC libraries! 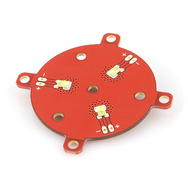 Next we have a new breakout board that uses three of our high-intensity cool white Luxeon Rebel LEDs. This breakout board will work with both the narrow and wide triple-LED lenses. These lights are seriously bright! 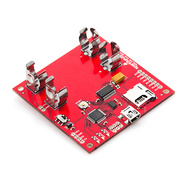 Here we have the updated ADXL345 three-axis accelerometer evaluation board. The ADXL345 itself is a neat little accelerometer, capable of measuring acceleration of up to ±16g at up to 13-bit resolution. The evaluation board gives you everything you'll need to adjust the accelerometer's settings and to monitor and log its outputs. This includes an ATMega328 with Arduino bootloader (missing in the previous version) and the ADXL345 accelerometer. 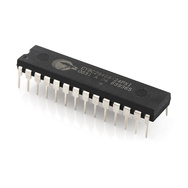 The TTS256 is a text to speech chip for SpeakJet. It's an 8-bit microprocessor that comes programmed with letter-to-sound rules. Using the built-in algorithm, you can have automatic real-time translation of English ASCII characters into allophone addresses compatible with the Magnevation SpeakJet Speech Synthesizer IC. Combining this with the SpeakJet will give you a complete text-to-sound solution! 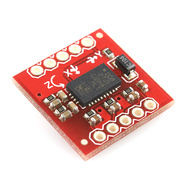 Next is the LYPR540AH Triple Axis Gyro Breakout. Currently, this item is only available for pre-order but is worth the wait! This is one of the first triple axis gyros we've seen on the market that has an on-board 10k pull-down resistor (to keep the board out of self-test mode) and 400 degree per second outputs. 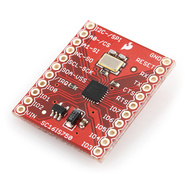 This is a Breakout for SC16IS750 I2C/SPI-to-UART IC (that's a mouthful). Basically, this chip is used to convert I2C or SPI serial signals to a single-channel, high-performance UART. So how can you apply this? Well, we use this chip on our WiFly Shield to allow an Arduino to communicate with the WiFly RN-131G module - which is normally controlled via UART - using an SPI interface. This allows us to communicate faster and frees up the Arduino's UART for other purposes. 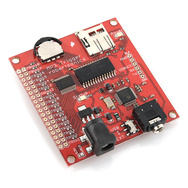 The MP3 Trigger has been around for a little while - but not like this! This is the new and improved MP3 Trigger V2. Designed in collaboration with Jamie Robertson (star of a SparkFun ad), the MP3 Trigger is an awesome versatile, low-cost, low-power embedded MP3 player. In version 2, there are more than double the number of trigger inputs and the board contains a resident bootloader that enables firmware updates directly from the microSD card without requiring a hardware programmer. 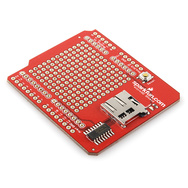 After a severe tongue-lashing in the comments section of the microSD Shield, we've made some updates! All new microSD shields have a voltage converter chip on-board that converts the Arduino 5V signals to 3.3V signals in accordance with SD specs - no more fried SD cards! This shield will give your Arduino mass-storage capability for all your data-logging needs. 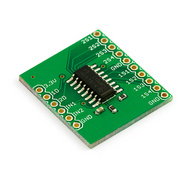 Last but not least is the TS3A5017 Serial Multiplexer Breakout Board. The TS3A5017 is a dual single-pole quadruple-throw analog switch that is designed to operate from 2.3V-3.6V. This board was briefly discontinued as the multiplexer was no longer available - but we got some more so we decided to build some up!