So you’re wondering what the difference is between GPS and GNSS? Good news, you’re not alone and you’ve come to the right place! In this blog, we’ll lay out the similarities, differences, and how each will fit into your next project. 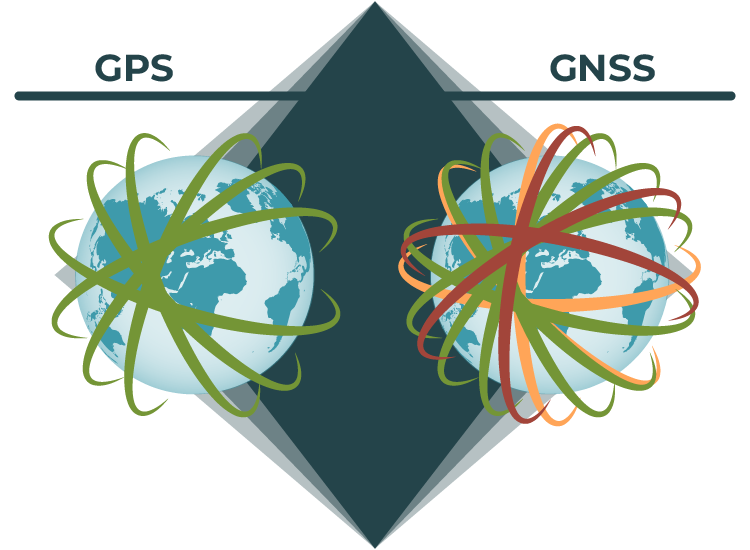 GPS is just one of many GNSSs!

The topic of GPS vs GNSS can be confusing for many people. The main reason for this is that in the US, we tend to use a specific GNSS called GPS. Let's start by taking a closer look at what exactly GPS is.

The Global Positioning System (GPS) is a U.S.-owned utility that provides users with positioning, navigation, and timing (PNT) services. This system consists of three segments: the space segment, the control segment, and the user segment. Currently, the U.S. Space Force develops, maintains, and operates the space and control segments.

GPS Satellites - How Many Are There?

The Global Positioning Network broadcasts signals that are picked up by receivers on Earth to allow for navigation. The L1 signal is the oldest GPS signal, consisting of two parts: the Coarse/Acquisition Code (C/A) and the Precision Code (P-code). The P-code is reserved for military use, while the C/A is open to the public, often referred to as the legacy signal. Since the L1 is the oldest and most established signal, even the cheapest GPS units are capable of receiving it. However, because its frequency is relatively slow it is not very effective at traveling through obstacles.

The L2, which was Implemented after L1, has a military code and a civilian use code. It uses the frequency 1227.60 MHz, which is faster than the L1 and allows the signal to better travel through obstacles such as cloud cover, trees, and buildings. Because L2 is newer than L1, it’s infrastructure is not yet complete and it cannot be used on its own: it must be used along with L1 frequencies.

L5 is the third GPS Signal, operating at 1176 MHZ. It is the most advanced GNSS signal yet, but it is still in its infancy. It will be used for safety-of-life transportation and other demanding applications such as aviation. Eventually, it will become another signal available to civilians. At this time, it is not yet useful for surveyors, but that is something to keep in mind when designing the GPS receivers of the future.

GPS boosts productivity across a wide swath of the economy, including, but not limited to, farming, construction, mining, surveying, package delivery, and logistical supply chain management. It also saves lives by preventing transportation accidents, aiding search and rescue efforts, and speeding the delivery of emergency services and disaster relief. GPS remains critical to U.S. national security, and its applications are integrated into virtually every facet of U.S. military operations, where it serves a vital role.

Looking to get your hands on GPS/GNSS hardware?

View our line of breakout boards, RTK surveyors, antennas and more to outfit your next GPS/GNSS project. 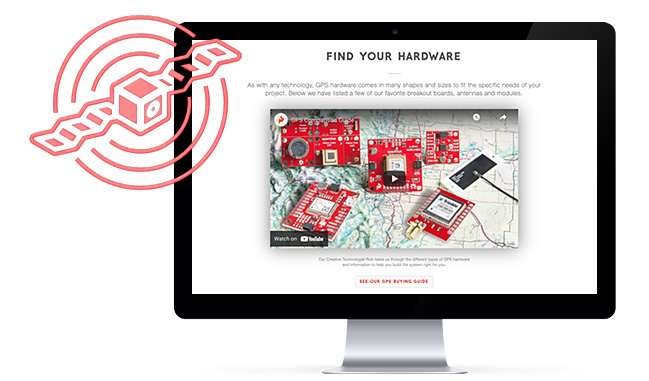 GNSS is a general term describing any satellite constellation that provides positioning, navigation, and timing (PNT) services on a global or regional basis. While GPS is the most prevalent GNSS, other nations are fielding, or have fielded, their own systems to provide complementary, independent PNT capability. The main ones to know are BeiDou, Galileo, GLONASS, IRNSS, and QZSS. Let’s explore them!

BeiDou has been independently constructed and operated by China, with an eye on the needs of the country’s national security as well as its economic and social development. Its space segment operates as a hybrid constellation consisting of satellites in three kinds of orbits. In comparison with other navigation satellite systems, BDS uses more satellites in high orbits to offer better anti-shielding capabilities, which is particularly observable in terms of performance in the low-latitude areas.

China states, “BDS is developed by China, dedicated to the world, and aiming to be top-class,” and is keen to share the outcome of the BDS construction and development with all other countries to promote global satellite navigation development, and hence make GNSS serve the world and benefit mankind. As it looks, China will continue to actively promote international exchanges and cooperation so as to achieve compatibility and interoperability with other satellite navigation systems, and to provide global users with higher performance and more reliable services.

GLONASS is a Russian space-based satellite navigation system operating as part of a radionavigation-satellite service. The GLONASS space segment consists nominally of 24 operational satellites, distributed over three orbital planes. There are eight satellites per plane. GLONASS satellites operate in circular orbits at an altitude of 19100-km, an inclination of 64.8 degree and each satellite completes the orbit in approximately 11 hours 15 minutes.

Galileo is Europe’s Global Satellite Navigation System, providing improved positioning and timing information with significant positive implications for many European services and users. GNSS users have had to depend on non-civilian American GPS or Russian GLONASS signals. With Galileo, users now have a new, reliable alternative that, unlike these other programs, remains under civilian control. The Galileo space segment, once fully deployed, will include a constellation of a total of 30 Medium Earth Orbit (MEO) satellites, including 6 spares, in a so-called Walker 24/3/1 constellation.

IRNSS is an independent regional navigation satellite system being developed by India. It is designed to provide accurate position information service to users in India as well as the region extending up to 1500 km from its boundary, which is its primary service area. IRNSS will provide two types of services, namely, Standard Positioning Service (SPS) - which is provided to all the users - and Restricted Service (RS) - which is an encrypted service provided only to authorized users. The IRNSS System is expected to provide a position accuracy of better than 20 m in the primary service area.

QZSS is a regional GNSS owned by the Government of Japan and operated by QZS System Service Inc. (QSS). QZSS complements GPS to improve coverage in East Asia and Oceania. Japan declared the official start of QZSS services in 2018 with 4 operational satellites, and plans to expand the constellation to 7 satellites by 2023 for autonomous capability.

Hopefully this article has been a good introduction to what GPS and GNSS are, as well as a good summary of how they operate and what their similarities and differences are. We can't wait to see what you make for your next geospatial project. Shoot us a tweet @sparkfun, or let us know on Instagram, Facebook or LinkedIn

Looking to get hands-on with GPS/GNSS?

Get some more background information on GPS/GNSS as well a great intro tutorial on how to build your first GPS/GNSS project.

Up Close and Personal Distance Sensing