Check out these highlights from USASEF in Washington D.C.

A couple of weeks ago, a handful of SparkFun employees headed out to the USA Science and Engineering Festival (or USASEF) in Washington D.C.. The festival was an awesome experience that we'd recommend for anyone interested in science, technology, or engineering. We really had no idea just how big the event was going to be, but we were one of many booths ranging from local high schools to a huge exhibit by NASA. Check out the video below (Vimeo version found here) for some highlights.

While at the event, we hosted our popular soldering workshops and ran in the neighborhood of 1,000 kids and adults through the booth, teaching them how to do basic through-hole soldering. It is always awesome to watch as people take their first step down the path of embedded electronics. We were very happy to have a chance to teach people about the wonderful world of DIY electronics. 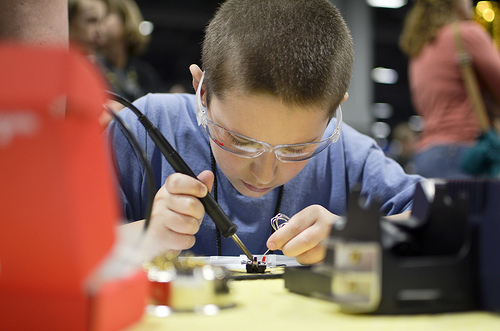 We also were able to check out some of the other projects and booths at the faire. There were some really amazing projects at the festival, and it was both humbling and inspiring to see some of the high-level work being done. Even Bill Nye (the Science Guy) was there...and he looks exactly the same as he did when I was in 4th grade. It's mind-boggling. 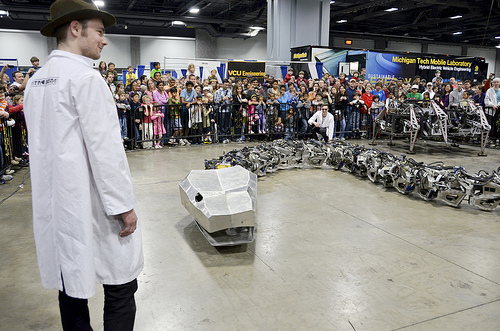 We had a great time meeting and interacting with customers both new and old. If you stopped by the booth for a chat, thanks! It was great to meet so many interesting people who are passionate about electronics and science. To see more photos, check out the SparkFun Flickr page. We had a great time at USASEF and are hoping to return in the future!