On Radios, Summits and Satellites

Sunday was quite an adventure for a few of us SparkFunions. Ben (KD0PNS) and I (KI6YMZ) participated in the Colorado 14er event. On one day in August, people summit as many of the 50+ fourteeners in the state as possible. The catch is that we all carry amateur, or ham radio equipment to the top. Due to the prominence of most of these peaks there is little interference or free space path loss, so it is possible to talk on VHF frequencies to parties on summits around the state.

Of course being the young and foolish people we are, we decided on Long’s Peak for our summit of the day. We dragged along Toni from tech support and set out to summit first thing in the morning. We hit the trail just before 3 a.m., and got to see a beautiful sunrise from the trail. 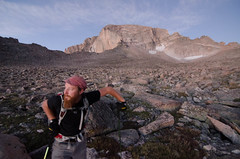 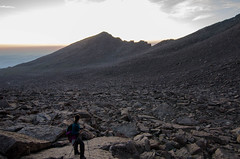 Those familiar with the hike know it’s more of a climb than anything. The last two thousand vertical feet or so are a steep trek up various sections called The Ledges, The Trough and The Narrows. All of which are rather exposed and make for an exciting adventure. 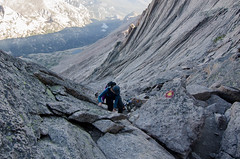 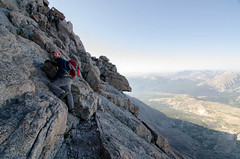 We did make it to the summit with all our radio gear and time to spare before the event started. Ben immediately turned on his radio and got two contacts that were waiting on frequency for us in the cities below. As the event started up we made contacts on many of the 14ers around the state including Pikes Peak, Quandary Peak and even a local Cessna pilot who got in on the fun! 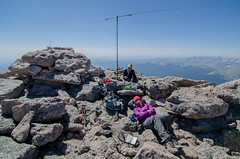 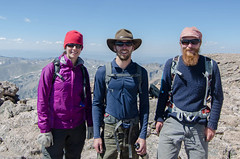 We primarily stuck to the two meter band, but also set up an HF antenna on 20 meters as seen above to make some longer distance contacts.

In addition to ham radio equipment, we carried up a payload for a radio test from the guys behind SkyCube. They have been working on a kickstarter campaign to get a cubesat into space early next year. We sent SparkFun engineer Mike out with a high-gain yagi antenna to listen in for the “hello world” the payload was transmitting in Morse code from the summit of Long’s. Unfortunately there was a slight miscommunication, and the receiving radio was tuned improperly to run the test. But fear not! We ran a simpler test yesterday from the top of Flagstaff Road here in Boulder with great results. 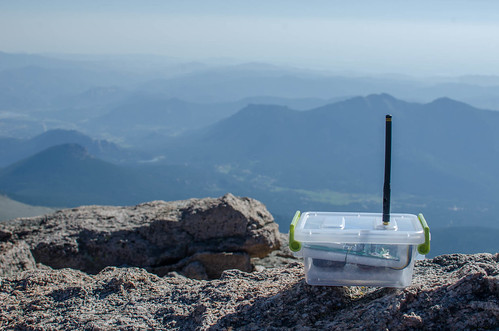 If you back the kickstarter project you can tweet from the satellite and even control an on-board camera! Check out the project video for more information:

When we all returned, completely exhausted from the 15-mile hike, we geared up for the next event - watching the entry, descent and landing phase of the Mars Science Laboratory. We joined a handful of other ‘Funions at SFE HQ where we drank beer and celebrated the nail-biting successful landing of the rover Curiosity on the Martian surface. 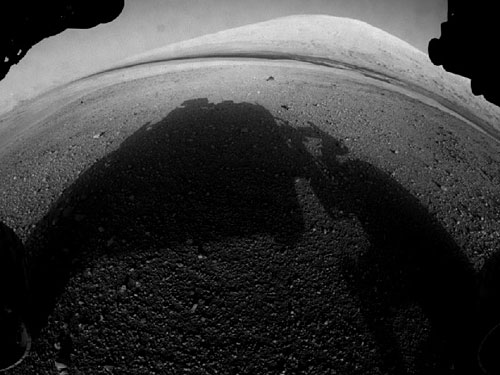 Sitting on the edge of my seat, watching and waiting during those seven minutes of terror was one of the most inspiring and motivational things I've experienced in a long time. The photos aren't bad, either.

According to Pete - August Edition #1