Check out this article from OpenSource.com

Exactly a week ago, SparkFun Director of IT Chris Clark penned an article for OpenSource.com titled "How SparkFun Built Their Open Hardware Business." While the recent open source discussion here on SparkFun has focused primarily on hardware (and why not, with the OHW Summit this week?), Chris's article is primarily about the software side of things - specifically Sparkle, the behind-the-scenes system for all things SparkFun. 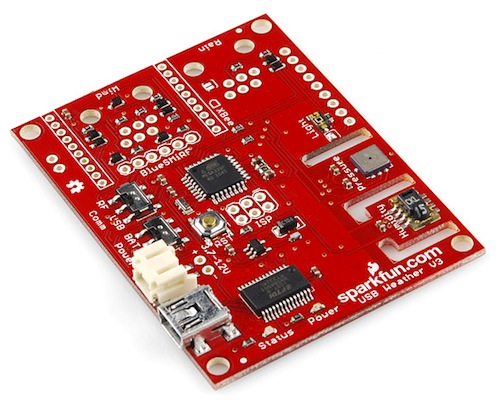 We're not just about open hardware.

I won't post the whole article, but here is an excerpt:

At SparkFun Electronics we do not sell software, yet we have a robust software development team. These developers spend some of their time on SparkFun.com, an eCommerce platform with extra content and integrated community elements. The vast majority of their time, however, is spent on Sparkle.

One might call Sparkle a web-based ERP system. It's the other view atop the same databases underlying SparkFun.com but with sprawling internal subsystems that do everything including basic customer service, running the shipping warehouse, and running the manufacturing floor.

Sparkle, and the systems running it, take great advantage of free open source software. PHP is the core language. Nginx is the core webserver with Varnish for caching. Everything runs on Debian Linux and the data lives in MariaDB (MySQL's more open cousin) and MongoDB for the non-relational stuff. And caching happens with Memcached and Redis. On the client side, libraries like jQuery, D3, and Bootstrap are ubiquitous. Internally, systems side tools like Munin, Nagios, Samba, Puppet, and Capistrano (to name just a few) keep the lights on.

You can check out the rest of the article over at OpenSource.com. Give it a read and let us know what you think in the comments section below.