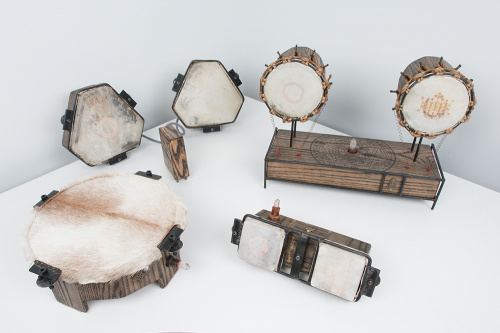 You may not know this about me, but I adore magic. I don't mean prestidigitation (although I could watch Penn & Teller perform for eons) but actual enchantment. Obviously, I don't believe in enchantment. Claims of the supernatural throughout history have consistently proven to be either tricks, lies or misunderstandings of the natural order and there's no reason to think that trend will stop. That said, cultural traditions of sorcery, voodoo, shamanism and the occult have generated some absolutely fascinating art and writing over the years.

Many of you will be familiar with Arthur C. Clarke's Third Law, which asserts that "any sufficiently advanced technology is indistinguishable from magic." Looking around at the world today it's easy to find examples of technology that, if you didn't know better, would appear to transgress the Natural Laws as we understand them. Technology differs from magic in that it can be explained and the principles that it relies on can be repeatably demonstrated, but the effect is essentially the same. One thing that buffers that sense of wonder at high-tech "wizardry" is a consistent language of design that communicates to us (the user) that it is, in fact, an artifact of technology and not an item of great and awful magical power. But what happens if you subvert those expectations and borrow the visual language of sorcery? That's what I wanted to explore with a project I call the Stereo Arcana.

The Stereo Arcana was an idea that I had when learning to repair Djembe drums several years ago. That had been my first experience with natural skin drum heads, and I thought they were a fascinating and attractive material. It had occurred to me while I was tensioning the drums that in some ways, these thousand-year-old drums kind of resembled a loudspeaker. All one would have to do in order to make a drum act as a speaker would be to attach a magnet and a voice coil. At the time, I didn't have the resources to build one, so I stashed the idea away in the back of my mind.

Recently, though, I encountered a neat solution for one of the technologies that I find indistinguishable from magic: synchronized network audio. The popularity of products like the Sonos multi-room speaker system has prompted a lot of development around network audio players and one such project, Max2Play, has made it incredibly easy to turn a Raspberry Pi into a multi-room network stereo system. Max2Play offers a browser-based interface for mini-computers so you don't ever have to connect a monitor, mouse or keyboard to get a new audio player onto the network. It communicates using either a wired or WiFi network connection with the Logitech Media Server. The Logitech Media Server can be installed on any computer in the network and remotely control all of the audio players individually or as a synchronized system with no weird reverb or delay. There are even apps for controlling your Logitech Media Server from a tablet or smartphone!

Naturally I decided that goatskin speakers would be the perfect companion to my Max2Play stereo system, and I set out to build them in several shapes and sizes. While all of the speaker sets look very different, the electronics are identical. The speaker is driven by a Mono Amp Breakout and that is wired to the headphone output of the Raspberry Pi. The power to the amp stage can be switched on and off using a MOSFET control board, which I’m switching with a SparkFun RedBoard. The RedBoard controls the RGB power light in the crystal and switches the amp power based on touch events from a design feature on the front of the unit. I made these touch switches by soldering a length of wire to these coptic crosses and then connected them to one of our SparkFun Capactive Touch Breakout Boards. 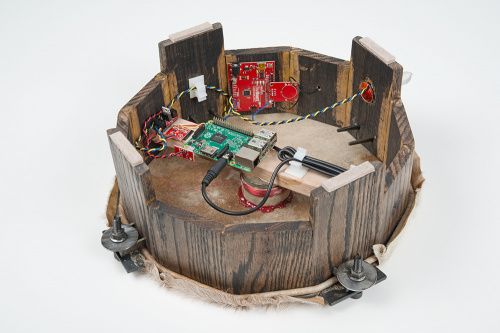 Each unit in the network is named after a different Voodoo Loa, which seemed as good a naming convention as any, and incorporates design elements from magical, occult and religious practices from all over the world. I think they look like something you might stumble onto in one of the Myst computer games, and that makes me feel pretty good about them. 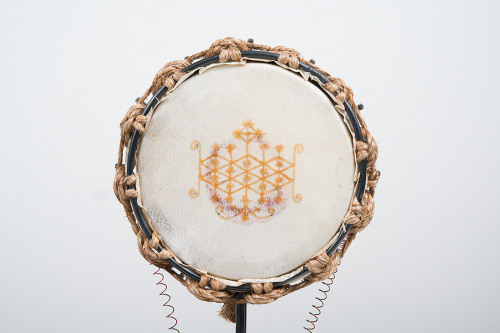 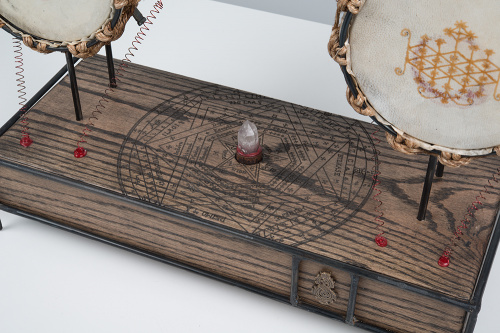 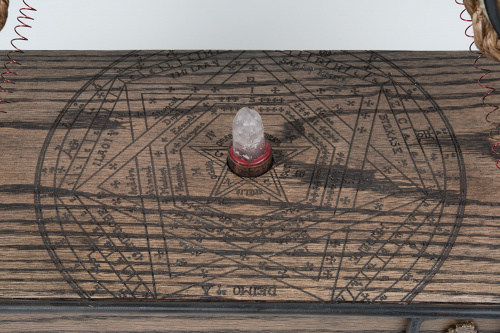 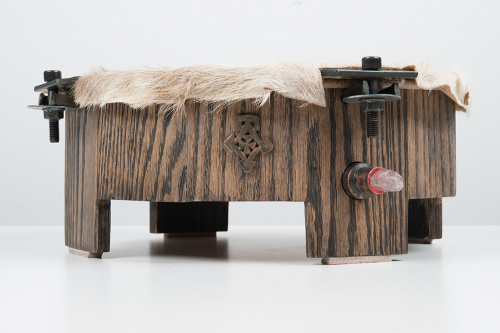 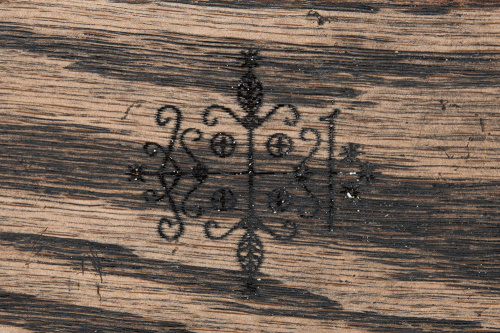 Here are some shots of the design details.

Check out the video above to learn about how I fabricated my speakers and to hear them in action! 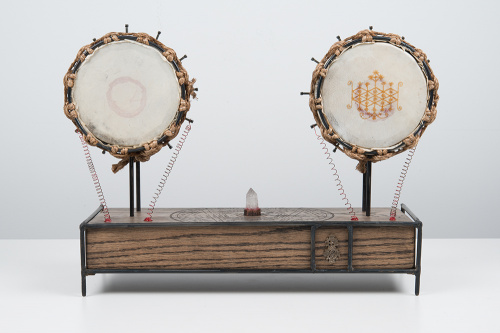 The first set of speakers that I built is named for Ogoun, a powerful spirit of metal work. 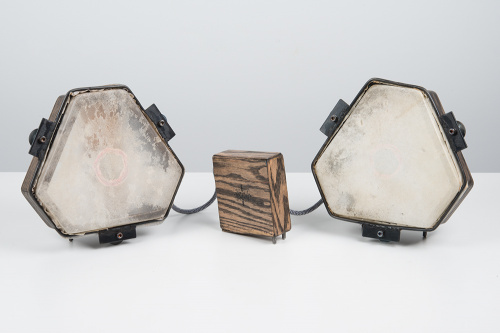 I tried a funky shape and a thinner skin on Legba, which gave a slightly more balanced sound. 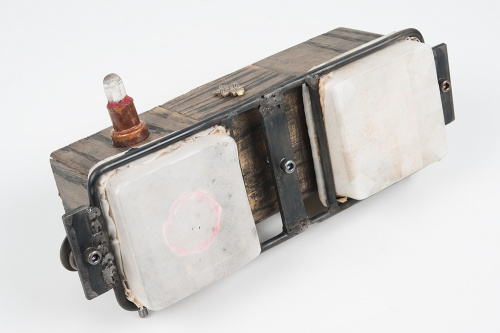 Agwe is a boombox-style audio player with one ring tensioning both drum skins. 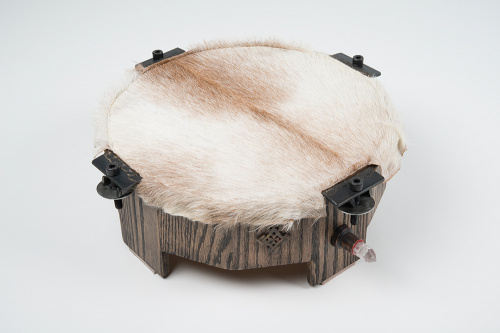 Ayizan is the woofer of the system and actually has a fairly balanced sound, thanks to its large surface and relatively low resonance.

Let me know what you think and keep an eye out for a future tutorial on building network audio players using the Raspberry Pi and Max2Play! Thanks for reading and happy hacking!