Now that Free-Day is over we have to get back to the normal grind. Here are the new products for this week.

Now that Free Day is over, we can get back to our regularly scheduled product posts. We have some stuff that blinks, some that doesn't and some that melts. Let's see my top picks for this week.

Wow, it looks like my prediction was right! Not bad for a shot in the dark! Moving on. So, with the aftermath of Free Day, we don't have a ton of products to talk about, but let's see the list for this week. 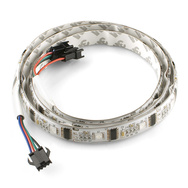 Although this might look a lot like the RGB LED strips we had a couple of weeks ago, it's not. These LED strips are addressable, which means that you can control each one of the RGB LEDs individually. So instead of the whole strip being one color at a time, each LED on the strip can be a different color. They look awesome in person and can be controlled easily. Check the example code and the video above. 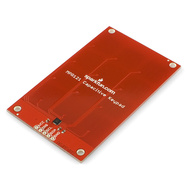 Touchpads have always been cool. They are useful when you don't want a mechanical switch. The MPR121 Capacitive Keypad is a touch keypad based on the MPR121 touch sensor that has 12 individual touch pads and a simple I2C output. Check out the video and see how it works! 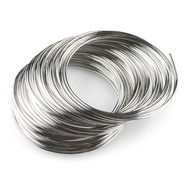 Last year we announced that we had found the best solder in the world. Many of you were asking us to help test this claim by providing samples. After a lot of waiting, we finally have samples and smaller spools. This is fantastic solder and quite possibly the best lead-free solder you will ever melt. It is also water-soluble so you can easily wash the residue from a board. We have them in 4 varieties (in addition to the two large spools we already carry), 0.020" and 0.032" 20 foot samples, and also 0.020" and 0.032" quarter pounder (hold the cheese) spools. 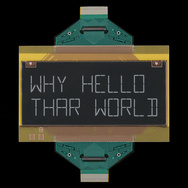 If you are looking for a low power display that has great contrast, you might want to check out our new 10x2 character e-paper display. This is similar to what's used in e-book readers, but in a character display. It has fantastic contrast, no backlight (for use in direct sunlight) and very low power consumption. Plus, you can freak out your friends by pulling the power and watching in amazement as the image remains until you power it back on and refresh it. We also have a mating connector and will be releasing a breakout board soon as well. 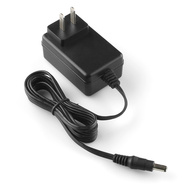 Last week we announced all of our new EL wire products. We mentioned that we were getting a wall-wart style inverter. Well, here it is. This inverter will drive more wire at once (about 10-15 meters) and plugs directly into the wall. If you don't need portability, you might want to look at the wall-wart inverter instead of the 3v inverter. And we have already ordered replacements for the EL wire that just sold out. Please be patient while we get more stock, it's on its way. 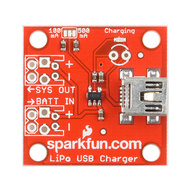 A couple of weeks ago we unveiled our new LiPo Charger Basic. If you are looking for a charger that you can hook up to your project and has the ability to select your charging current, check out the USB LiPoly Charger. It uses the same IC as the basic charger, but has a SYS OUT which allows you to have your project connected while you are charging your battery. It also has a footprint for an external LED and some holes for mounting. This is the replacement for our other LiPo charger, which is now discontinued. 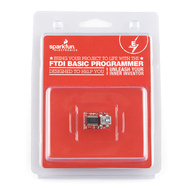 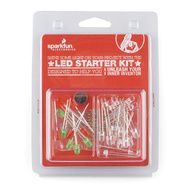 In addition to the FTDI Basic retail package, we have a handy LED Starter Kit as well. The kit includes an assortment of 26 LEDs, some resistors, and a coin cell battery to power everything. If you're getting started in electronics, you might want a basic assortment of LEDs and some resistors to limit the current so you don't burn them out. This kit gives you just what you need to have a nice selection of LEDs on hand for the next project. 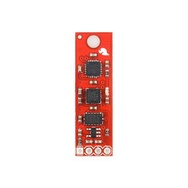 We have a new revision of the 9DoF Sensor Stick. This new revision fixes the missing trace. Other than that, it's the same board as before, but now doesn't have that ugly wire filling in for the missing trace. Right now we are waiting on our first build to complete the testing phase, but that should only take a day or two and might be available by the time you read this post. 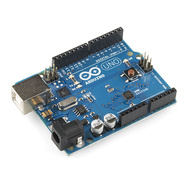 Some of you may have noticed that we are having trouble keeping the new Arduino Uno in stock. We have had issues getting a good supply of them. One of the main reasons is that the Uno uses the PTH version of the ATmega328 IC. These are harder to get in large quantities and has resulted in a shortage of the Unos. Arduino has responded by releasing the SMD Uno which uses an SMD ATmega328. The two versions are identical except for the footprint of the IC. Of course, you can't remove the SMD IC without a hot-air station, but we have found that most people won't need to do this anyway.

That's our list for this week. Thanks for participating in Free Day and congratulations to everyone who were lucky enough to get money. We'll see you again next week for more products.