It's Friday again, so we have more new products to talk about.

Alright - time to announce the winner of yesterday's SparkFun caption contest. SparkFun member Layout, come on down! We'll shoot you an email about claiming your prize. Congrats! Here's what he came up with: 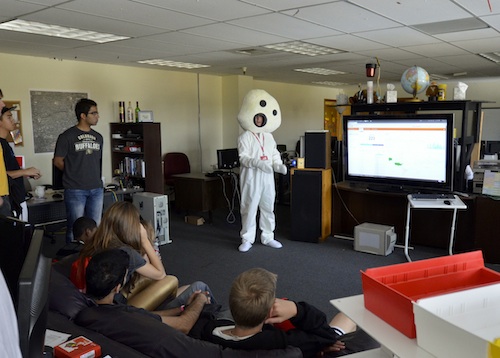 "After his successful weight loss program, the Michelin Man found a new career as a motivational speaker."

Every week that I write one of these posts, I think to myself, 'Has it really been another week?' I'm still amazed we have this many new products every single week. It's good though, everyone always likes getting new goodies.

I personally have a few projects planned for the new PoEthernet Shield. I already have a wireless physical Gmail notifier, but now I'm thinking of doing a thermostat for my furnace that can be controlled over the Internet. So many projects, so little time. 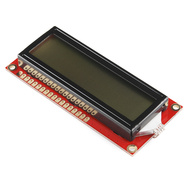 Character LCDs serve as simple and effective visual feedback for projects. But what if the backlight itself got in on the action? This new 16x2 character LCD actually has an RGB backlight. Now instead of just displaying text, you can change the color of the backlight to give feedback. Maybe you could have it blink red for a warning, or turn green when a task has completed, or any number of other examples. And of course you can mix the three colors to create just about any color you want. 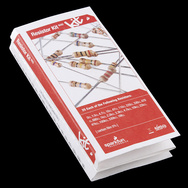 We have a new resistor kit! We've packed 20 of the most common resistor values into a folded cardboard holder. With 25 of each, we give you 500 total resistors. There's even a handy resistor color code chart on the inside for determining values. Everyone needs some extra resistors on hand for various projects, why not have them organized in this handy sleeve? 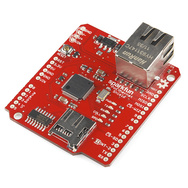 An Ethernet Shield adds a lot of opportunities for an otherwise socially awkward Arduino. Now, with the ability to speak to the world, you can do some pretty cool things. But wouldn't it be nice if you didn't have to plug in power as well as an Ethernet cable? Well, with the PoEthernet Shield, you don't have to! It breaks out the unused pins on the Ethernet jack so you can inject power over your Ethernet cables remotely. Now you can have several remote sensors across your network and you won't need have a power adapter for each one. 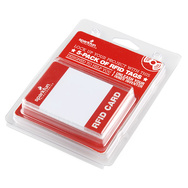 We have another round of brand new retail products coming up. The first of which is the RFID Card 5-pack. It includes (not surprisingly) 5 of our 125kHz RFID tags and makes a perfect addition to the RFID Starter Kit. 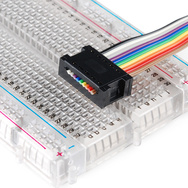 Awhile back we started carrying ribbon cables and a few connectors. If you like prototyping on a breadboard, the connectors don't work so well. Thankfully, this one does. It crimps onto a 10-pin ribbon cable and bridges the middle of a breadboard nicely, as shown above. You can use them on a PCB or a breadboard. 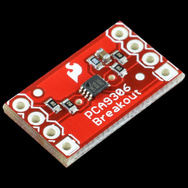 Instead of messing with several level converters for your next project, just get the PCA9306 Level Translator Breakout. It's simple. Give it a reference voltage on each side, and it translates between those to levels. Let's say you have a 1.8V sensor and a 5V microcontroller. If you provide a 5V voltage on one side of the board where the microcontroller sits, and 1.8V on the other side, now your sensor can talk to your microcontroller! 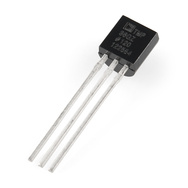 We've been using the TMP36 temperature sensor in the SparkFun Inventor's Kit for awhile now and thought it might be a good idea to sell it separately. It's a reliable and simple temperature sensor that works well and is easy to read. What more could you ask for? 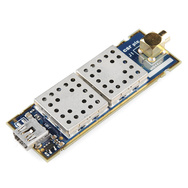 The SiGe GN3S isn't your typical GPS module. Instead of giving you nicely formatted NMEA sentences, it is designed to directly capture the low-level signal data being delivered by the GPS satellite network. This low level processing gives the user a keen insight into the signal processing of a GPS receiver. The provided algorithms encourage user modification to attempt to improve and design next generation GPS receivers. 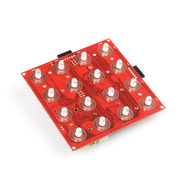 We have a new version of the classic USB Button Pad Controller. There aren't many significant changes, just a few layout and footprint changes; but enough to warrant a revision. If you've never seen one of these in action and are looking for something to play around with, it might be worth checking out. 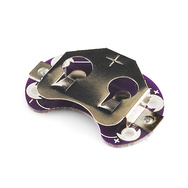 We also have a new version of our LilyPad Coin Cell Battery Holder. We switched to a different holder in this version. And that's all there really is to say about that. 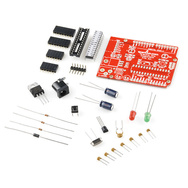 And lastly, we have a couple of new classes this week. The first class is the 'Solder your own Micro-Controller' class. In this class, we will walk you through the steps to putting together an Arduino-compatible microcontroller. We'll teach you what everything does and why it's there and in the end, you'll have your very own microcontroller, ready to program. 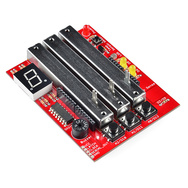 Well, that's all I have for this week. As always, thanks for reading. Keep building, keep inventing, and we'll see you again next week with even more new products!

Creating Your Own Terminator Arm