While on vacation a few years ago, Tommy Sullivan met a woman who had become blind after the birth of her first child. This encounter led him to start thinking about how technology could be used to help those with vision impairments. 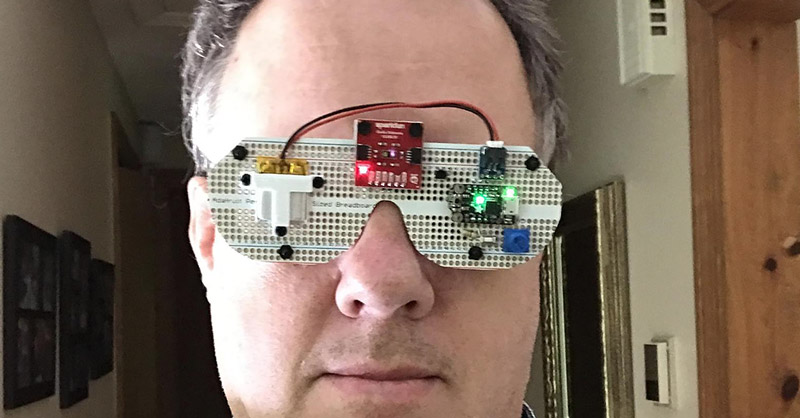 When a friend lost sight in one eye, Sullivan was spurred into action. After spending years thinking about what could be done to assist those who can’t see, he designed a device to aid his friend’s peripheral vision.

“It worked so well I decided it was the perfect solution for the visually impaired,” he said.

From there, he set about making a full set of glasses that could measure the distance to an object and provide haptic feedback on the bridge of the nose.

“The closer an object is to the wearer, the faster the vibration pulses are,” he said. “The further away the object is, the less frequent. As the wearer turns their head, they can 'scan' the space in front of them in much the same way that a RADAR antenna sweeps. The idea is that, over time, the wearer would be able to form a mental image of the three-dimensional space in front of them.”

To design his glasses, Sullivan turned to SparkFun because of their open source philosophy. Once the design is finalized, he plans to release it to the community.

“Because it will be open source, I hope that a smart young person will take the design even further,” he said. “I would like a place like the Perkins School for the Blind to test it with young people who may be able to adapt to it, and see if they can use it to form a mental, 3D image of what is in front of them.” 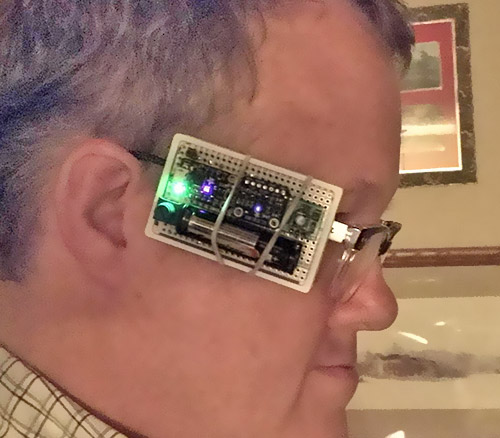 “I have one man locally who is blind and is using the glasses,” he said. “He says he uses them all the time. He said that, among other things, they help him when he is looking for things in the attic." 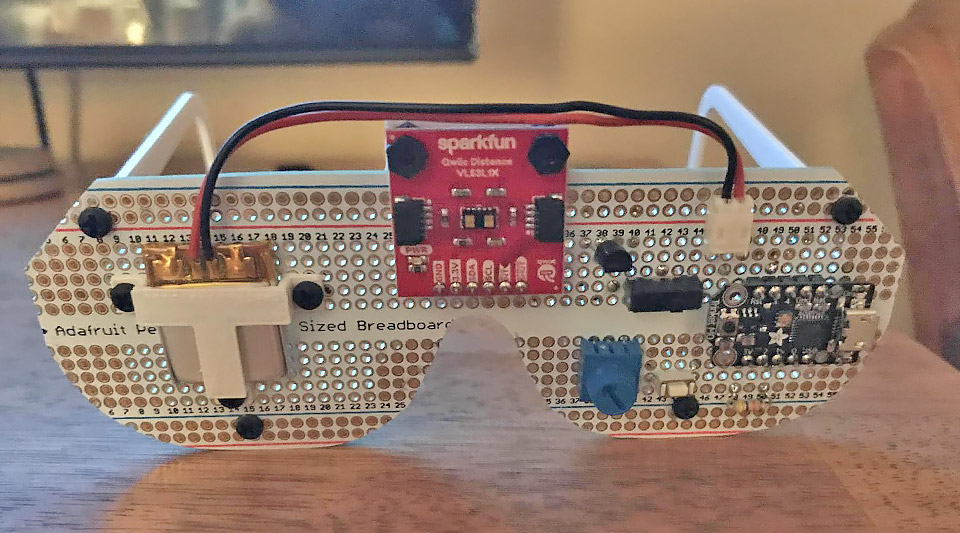 For now, Sullivan is testing and refining his design with the help of local friends.

“I have one man locally who is blind and is using the glasses,” he said. “He says he uses them all the time. He said that, among other things, they help him when he is looking for things in the attic.”

Sullivan believes if the new version of the glasses works well outdoors, blind people would be able to take in far more information than a cane provides, and the tech could go a long way toward helping them gain a mental picture of their surroundings.

To learn more about how he created the original glasses and give them a try yourself, view the design on Instructables.