Utilizing an X-Band Motion Sensor to not only detect movement but trigger music too!

Some of you might remember the Enginursday: Sound Wave Printing post I did back in January when I mentioned getting more into Doppler Radar sensors. I did some experiments with an HB100 Microwave Motion Sensor, but I also ended up ordering one of Parallax’s X-Band Motion Detectors. Motion Detectors that operate in the X-Band frequency, at 10.525 GHz, are commonly found in security systems and automatic door-operated applications.

My first prototype was pretty neat with the ability to detect movements within a room or yard --- or even through walls and windows. Not only that, but it did what I needed it to do in terms of being less susceptible to false triggers in comparison to the passive infrared (PIR) motion sensors I've utilized in the past.

I mounted all the components onto a small wooden board with a base to make it easily portable. On the front, you'll see the ON/OFF SPST Rocker Switch and NeoPixel Ring. 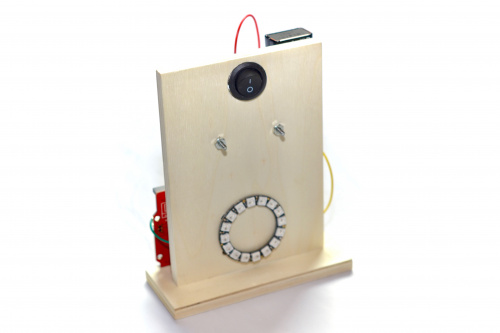 On the back I installed the Parallax’s X-Band Motion Detectors, SparkFun RedBoard and a small self-adhesive breadboard. 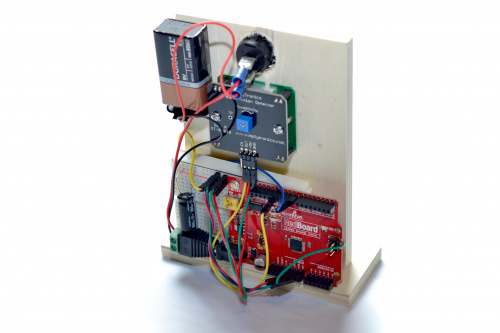 The blue trimpot you see in the photo above adjusts the sensitivity, offering direct line of sight detection via the antenna on the printed circuit board (PCB) surface, which includes the module's transmit and receive antennas, from roughly 8 to approximately 30 feet. When enabled, the detector takes short Doppler radar measurements. 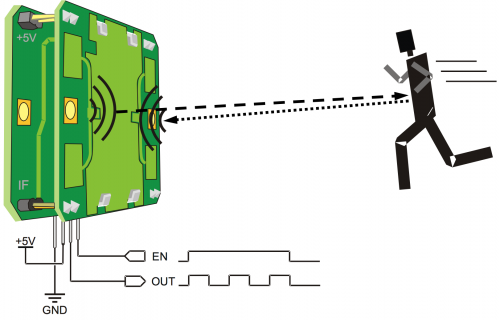 Any motion detected from the antenna PCB area causes oscillations at the module's output pin that I hooked up to the SparkFun RedBoard. It's really trying to look for that frequency difference between the outgoing and returning signals. If motion is detected, the output signal oscillates from a low to a high state.

To represent the intensity of the motion, I added the visualization from the NeoPixel Ring for 12 color state changes starting from white (with no detected motion) to red (as the highest detected motion). 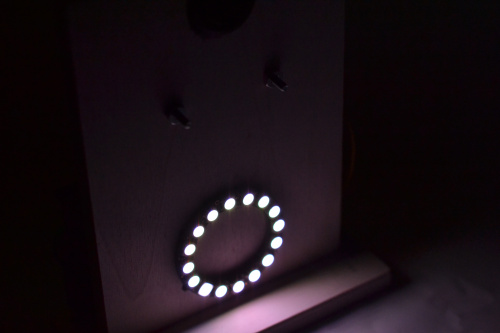 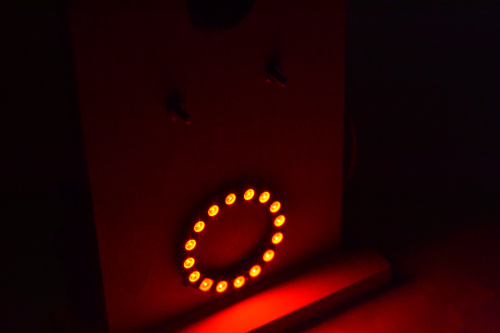 All that being said, I do want to take it a step further eventually and implement some sort of audible alarm. For those of you who know me or have read any of my other posts, I'm not ashamed to say this was initially inspired and created as a paranormal investigation device. I actually used it quite successfully to not only validate some unexplained phenomenon, but as a helpful debunker tool.

As it's been sitting on my desk for a while now, I thought to myself, "Well, what else can I do with it and still keep it relatively portable?" Let's just forget ghosts for a second. Music maybe? Yeah, sort of like a mini theremin. I mean they are both essentially comprised of the same fundamental building blocks: antenna, oscillator and mixer.

Great thing was I only really needed to add two extra components to make it happen: SparkFun's MP3 Trigger and an external speaker. 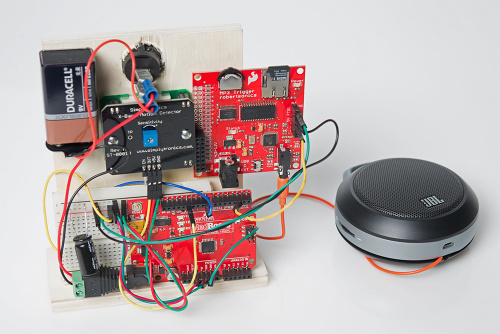 The toughest part of the project was really playing around with the sensitivity of the detector. In the end, I decided to keep it simple and represent an octave of piano notes. It turned out to be a lot of fun, and I'm looking forward to expanding more on what I started here.

Let me know what you think in the comments below!