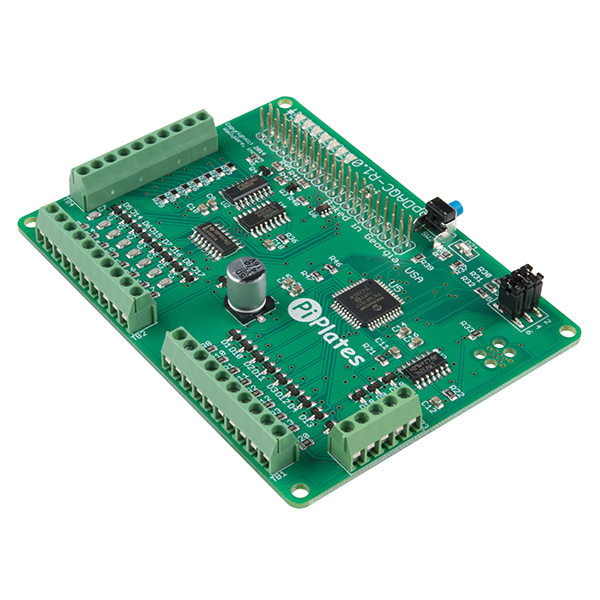 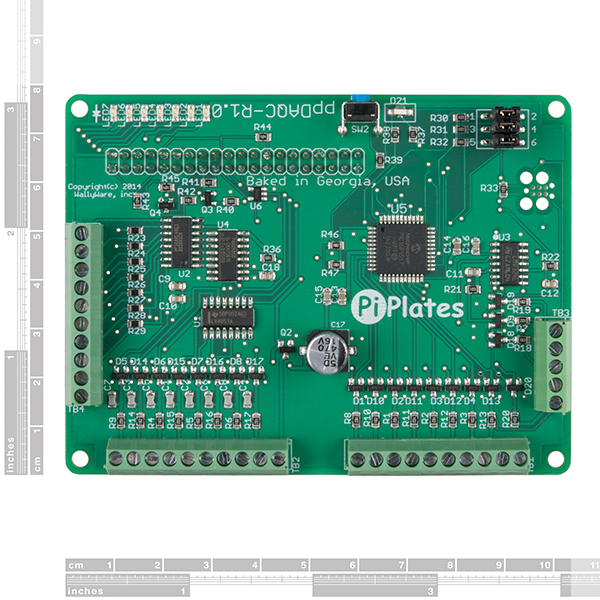 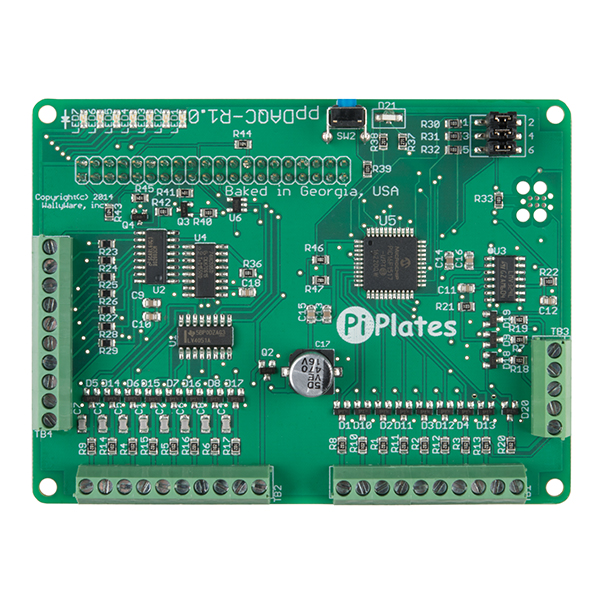 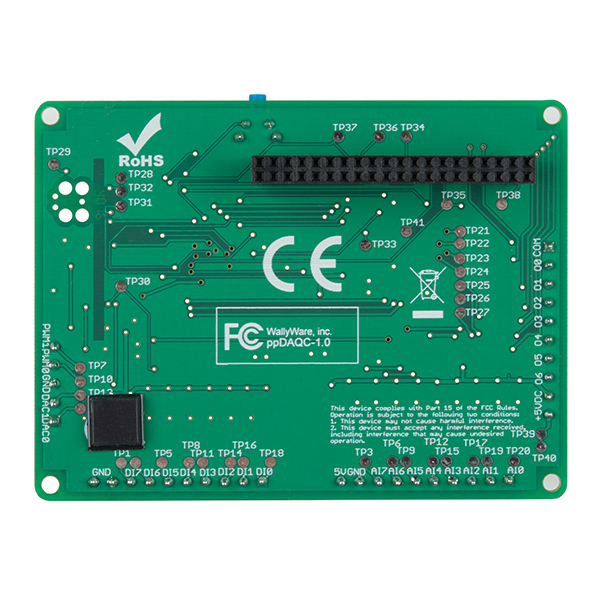 The DAQCplate (Data Acquisition and Controller) from Pi-Plates adds a rich set of input/output options to your Raspberry Pi. It includes seven powerful digital outputs for driving external devices such as relays and high-current LEDs, as well as eight analog-to-digital inputs for measuring temperature, voltage, humidity and more. Additionally, there are eight digital inputs, two analog outputs and seven general-purpose indicator LEDs.

Pi-Plates are a family of stackable and interchangeable add-on circuit boards that allow you to interact with the outside world using your Raspberry Pi. Every Pi-Plate is designed to provide a robust set of features at minimal cost while using the fewest pins possible on the RPi header. Pi-Plates are mechanically and electrically compatible with all revisions of the Raspberry Pi with 40 pin headers (including the Pi 3 Model B and Pi Zero) and are designed to satisfy the needs of hobbyists, experimenters and professionals.

about 5 years ago by Member #475305 verified purchaser

I was able to get the DAQC plate up and running quickly and immediately deployed it to interface an old HP Spectrum Analyzer from the 70s - Interfaced +20V/0V digital I/O easily (resistors) to the IO bus and was able to successfully tune and read the center frequency as well as sweep the RF and read the resultant response for display on a Raspberry Pi.

The only critique of the DAQC plate is regarding the resolution of the ADC - the coarse positioning via the 8-bit DAC was workable, but the 8 bit ADC was insufficient to achieve the desired results - I ended up interfacing an outboard 12 bit ADC to read back the frequency and Amplitude information.

It strikes me that the incremental cost difference between an 8 bit ADC (or DAC) and a 12 bit ADC (or DAC) is fairly small and the improved Analog range capability of the DAQC plate would be significantly improved, thus providing a significant boost to the overall usefulness of the board at a small increment of selling price (maybe on the order of $5.00)

Great little board, Easy to use

about 5 years ago by Member #725885 verified purchaser

I had it set up and running a camera battery load test on two batteries within minutes, using a Pi 3 and python.