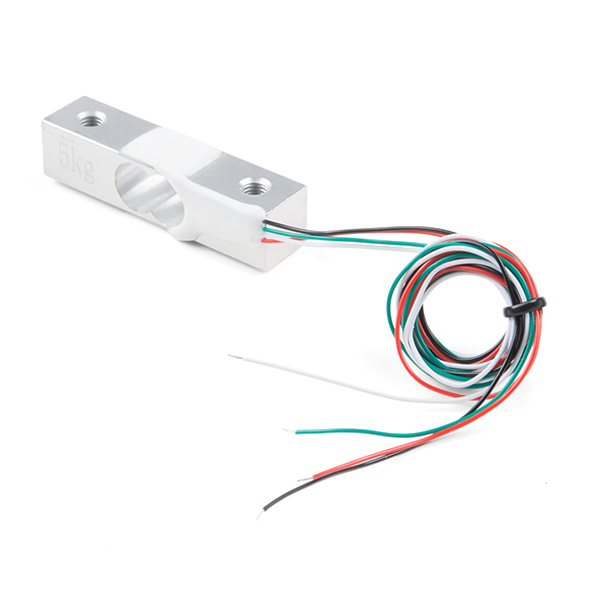 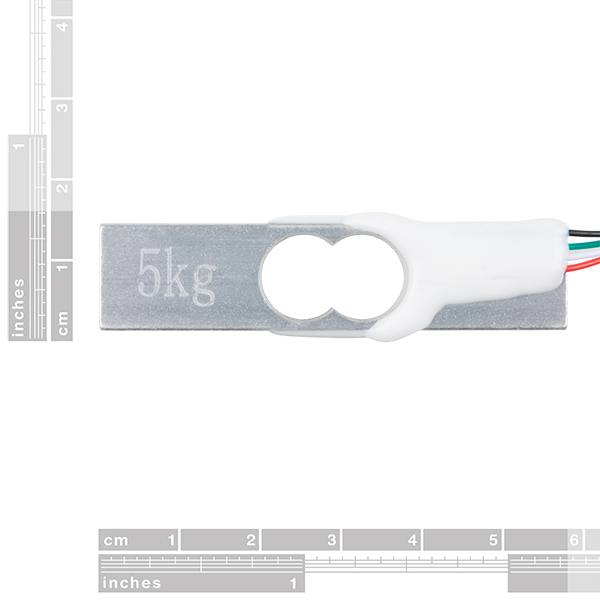 This straight bar load cell (sometimes called a strain gauge) can translate up to 5kg of pressure (force) into an electrical signal. Each load cell is able to measure the electrical resistance that changes in response to, and proportional of, the strain (e.g. pressure or force) applied to the bar. With this gauge you will be able to tell just how heavy an object is, if an object's weight changes over time, or if you simply need to sense the presence of an object by measuring strain or load applied to a surface.

Each straight bar load cell is made from an aluminum-alloy and is capable of reading a capacity of 5kg. These load cells have four strain gauges that are hooked up in a wheatstone bridge formation. The color code on the wiring is as follows: red = Exc+, green = Sig+, black = Exc-, and white = Sig-. Additionally, these load cells offer an IP65 protection rating and features two M5 sized through-holes for mounting purposes.

Get Started with the Load Cell Guide

A tutorial defining what a load cell is and how to use one.
Favorited Favorite 26

about 4 years ago by Member #853360 verified purchaser

I purchased straight bar load cells in 100gm. 500gm and 5kg ranges. I'm doing model airplane stuff, and a pair of 500gm cells is being turned into a force gauge for drag and thrust (just one axis) of an Electric Ducted Fan (EDF) in a wind tunnel -- made from a Sonatube and the suction end of a floor drying blower. But the 100gm cell is already successfully in use. I cut a U-shaped piece from aluminum strip, drilled & threaded holes to mount the load cell at the bottom of the "U" with the cell extending up the middle of the "U". Then I attached a short flat tongue of slightly thinner metal from the other end of the cell. So for bed leveling, the print head contacts the tongue and I can get matching readings at four corners, and the bed is accurately level. Then there's a separate final center-height adjustment, not using the load cell.