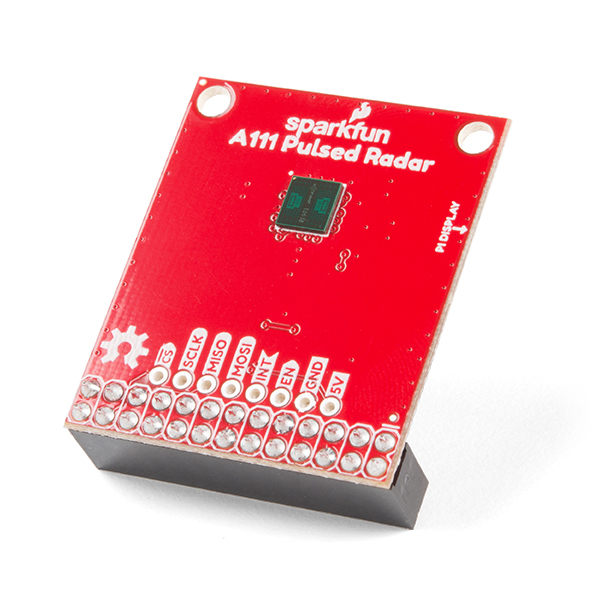 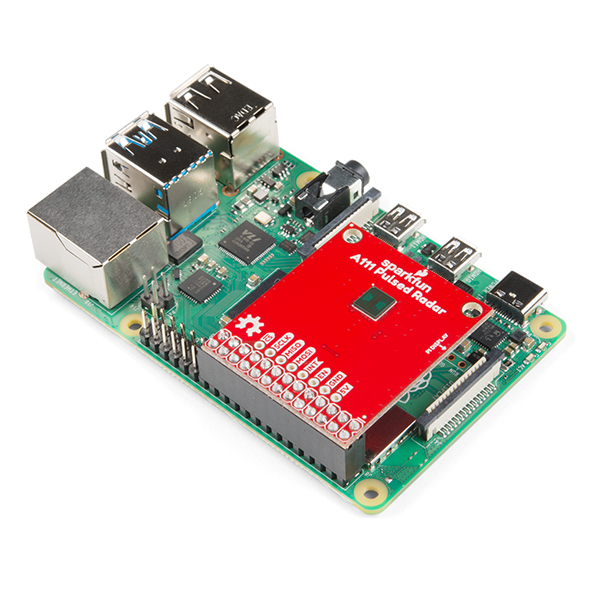 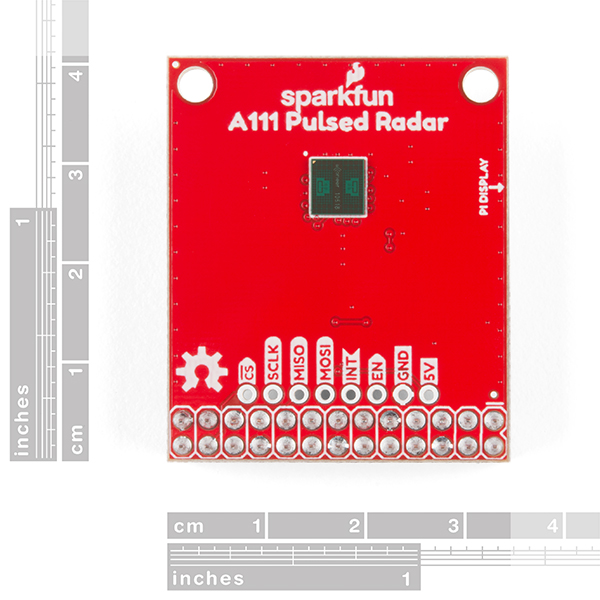 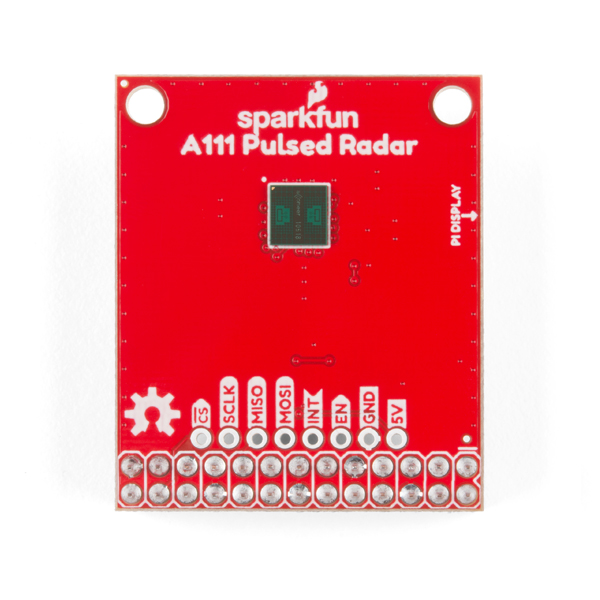 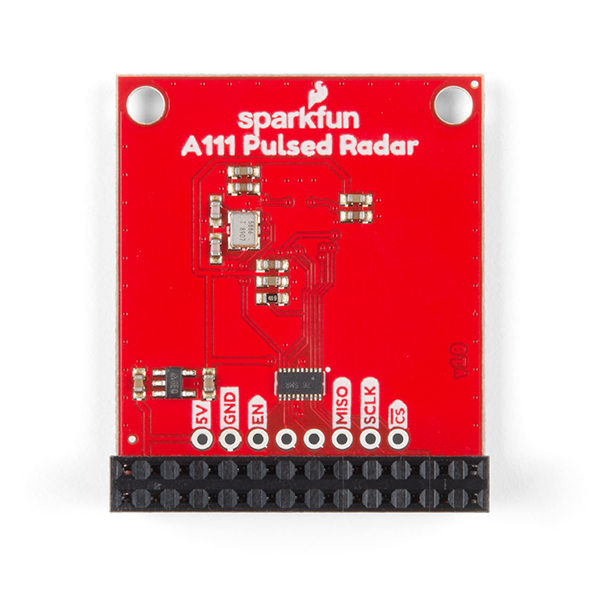 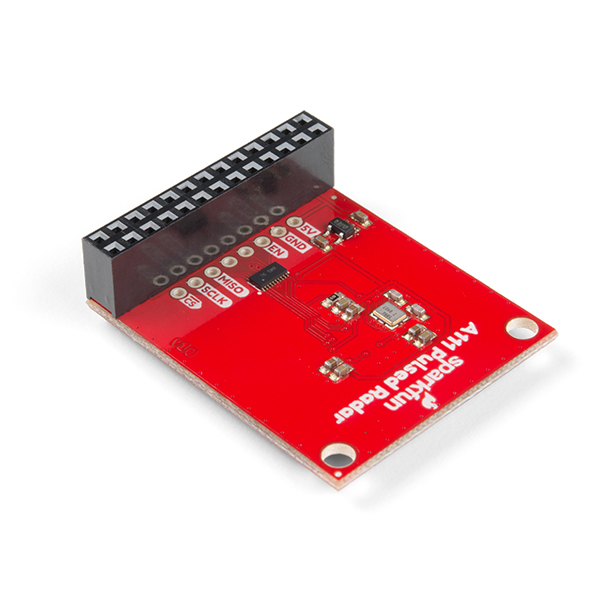 Does your project require high-precision, cutting-edge distance measurement? Or maybe speed, motion, or gesture-sensing? We're not talking about simple ultrasonic or even infrared here, but 60GHz radar! Well say hello to the SparkFun A111 Pulsed Radar Breakout! The A111 is a single-chip solution for pulsed coherent radar (PCR) and comes complete with an integrated antenna and an SPI interface capable of clock speeds of up to 50MHz. Though the A111's primary use case is distance-sensing, it also supports applications in gesture, motion, material, and speed-detection at distances of up to two meters.

SparkFun Pulsed Radar Breakout for the A111 includes a 1.8V regulator, voltage-level translation, and it breaks out all the pins of the pulsed radar sensor to both 0.1-inch and Raspberry Pi-friendly headers. The Pulsed Radar Breakout is designed to sit directly on top of a Raspberry Pi but it doesn't span all 40 (2x20) pins of a Raspberry Pi B+ (or later), but the 26-pin -- 2x13 -- header should be compatible with any Pi. However, we have intentionally left the 2x13 header separated from the breakout in case you wanted to manually wire it to another an ARMv7 or ARM Cortex-M4 platform (since the closed-source A111 SDK currently only supports these architectures).

Acconeer has developed a visualization tool written in Python that demonstrates data collection in real time. It's called the Acconeer Exploration Tool and is an incredible resource when first starting out with the A111 Pulsed Radar. As an example it will graph distance or presence sensing, giving you a count of the number of sweeps, which communication port (SPI or I2C) data is being sent through, and much much more. The tool supports both Windows and Linux and requires Python version 3.6 or later. This tool is available through their Github Repository, go on over a take a look!

Heads up! The A111 was designed to work with an ARMv7 to work at a minimum. We were able to get the sensor working on the Raspberry Pi 3, 3B+, and 4.
Get Started with the A111 Pulsed Radar Sensor Guide

Get started with the Acconeer A111 SDK with a Raspberry Pi! The tiny A111 pulsed coherent radar (PCR) adds high-precision, cutting-edge distance measurement for speed-, material-, motion-,or gesture-sensing projects! We’re not talking about simple ultrasonic, or even infrared sensors here, but 60GHz radar!
Favorited Favorite 3

about 6 months ago by VectraSoft verified purchaser

I have been able to get accurate readings from 8in - 24in away from the sensor. Anything under 8in or above 24in outputs random values. I have used the Raspberry Pi 3B+ and 4B with both the acconeer_rpi_sparkfun 1.10.0 and 2.0 from their Developer site as well as the instructions from the Getting Started Guide where you combine the SparkFun GitHub files with the acconeer_rpi_xc111 packages, again with versions 1.9.1, 1.10.0, and 2.0 - for the combinations that actually return data (some come up with clock error) it is as described above - valid only between 8in and 24in. For the price of this sensor I do not feel it is worth it.