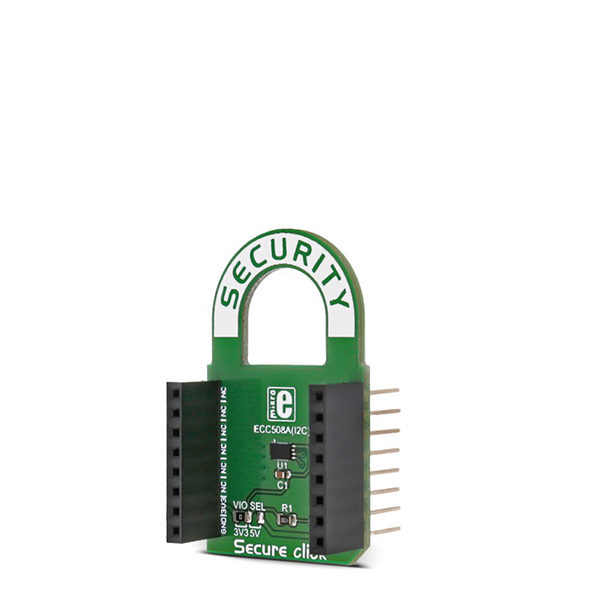 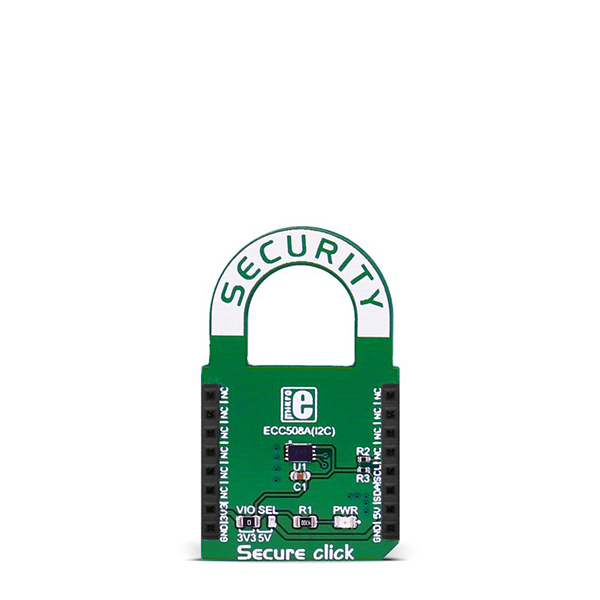 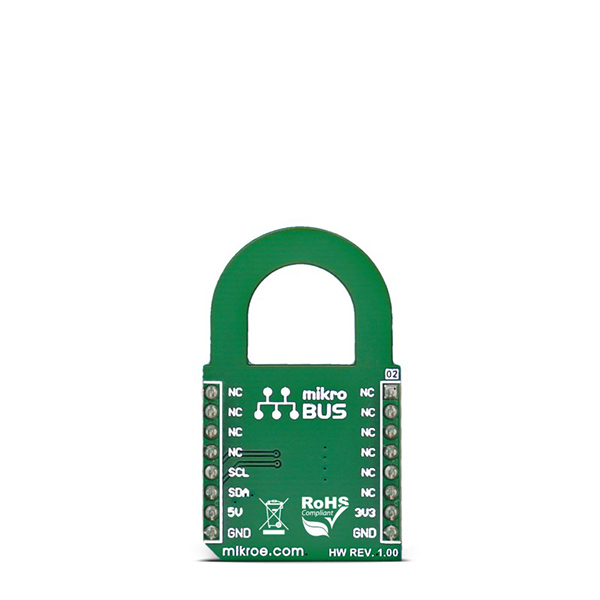 MIKROE Secure Click carries the ATECC508A cryptographic coprocessor with secure hardware-based key storage. The Click is designed to run on either 3.3V or 5V power supply. It communicates with the target microcontroller over I2C interface.

NOTE: The Click comes with stacking headers which allow you to combine it with other clicks more easily by using just one mikroBUS™ socket.

The ATECC508A includes an EEPROM array which can be used for storage of up to 16 keys, certificates, miscellaneous read/write, read-only or secret data, consumption logging, and security configurations. Access to the various sections of memory can be restricted in a variety of ways and then the configuration can be locked to prevent changes.