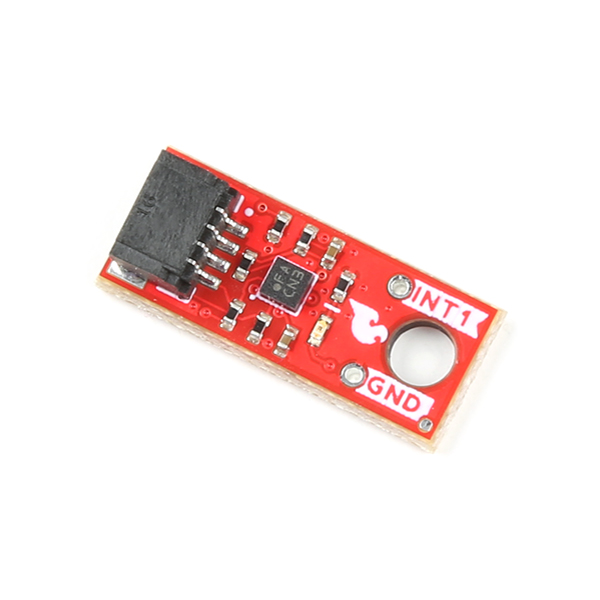 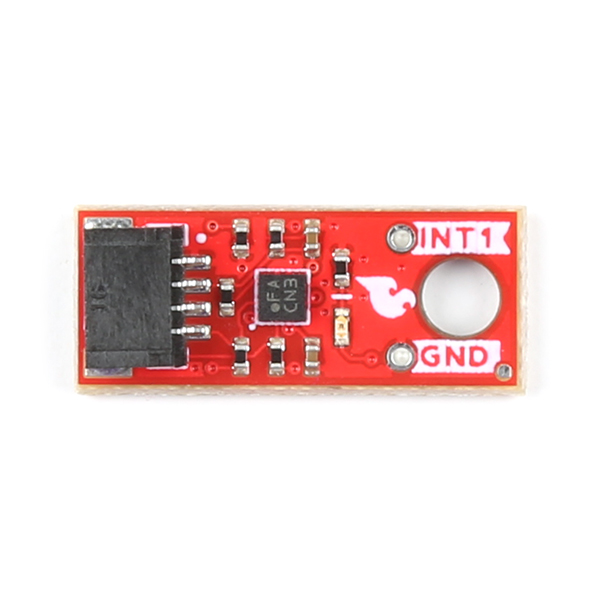 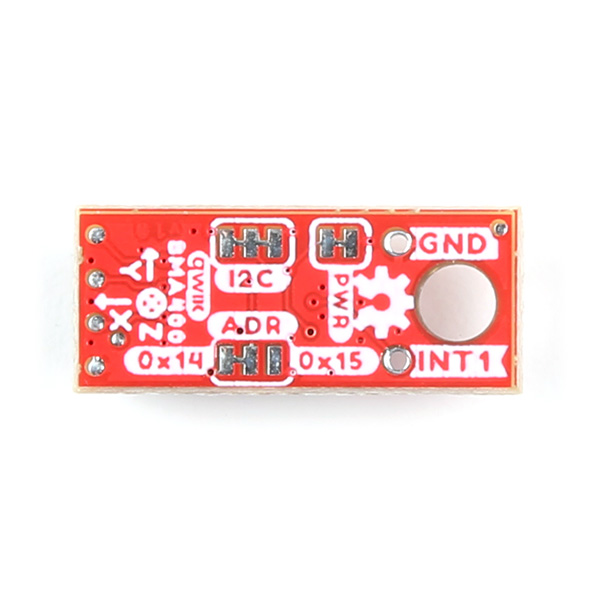 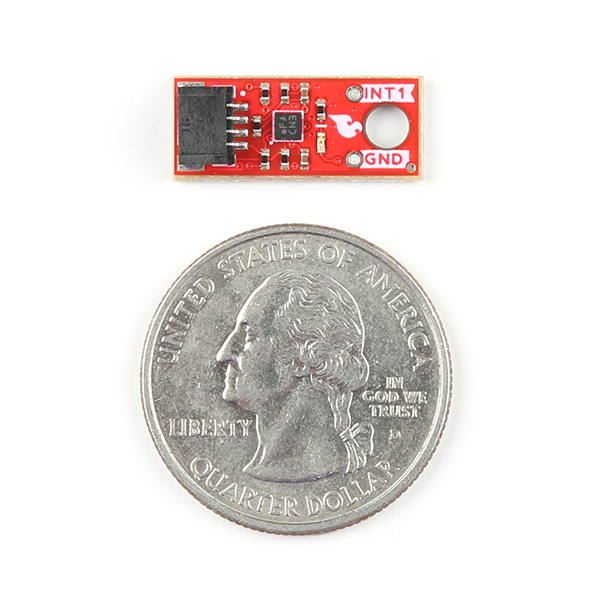 The SparkFun Qwiic BMA400 Micro Triple Axis Accelerometer Breakout offers a 3-axis acceleration sensor perfect for ultra-low-power applications on an easy-to-use Micro Qwiic format breakout board. Dubbed the first "real" ultra-low power acceleration sensor, the BMA400 is perfect when used in both wearable and smart home applications. Where this sensor shines, however, is its ability to distinguish between critical situations and false signals by avoiding false alarms. The Qwiic system allows for integration into your I2C system with no soldering required. While the Micro size does not allow for a traditional 0.1"-spaced PTH header for communication, the board does route an interrupt and ground pin to a through-hole connection.

Qwiic Micro is our smallest I2C-supported board form-factor yet! At only 0.75in. by 0.30in. (or 24.65mm by 7.62mm for metric friends), Qwiic Micro is perfect for projects and applications that have space or weight concerns. With just a single Qwiic connector, Micro boards work great alongside the Qwiic Multiport or at the end of a Qwiic daisy chain.