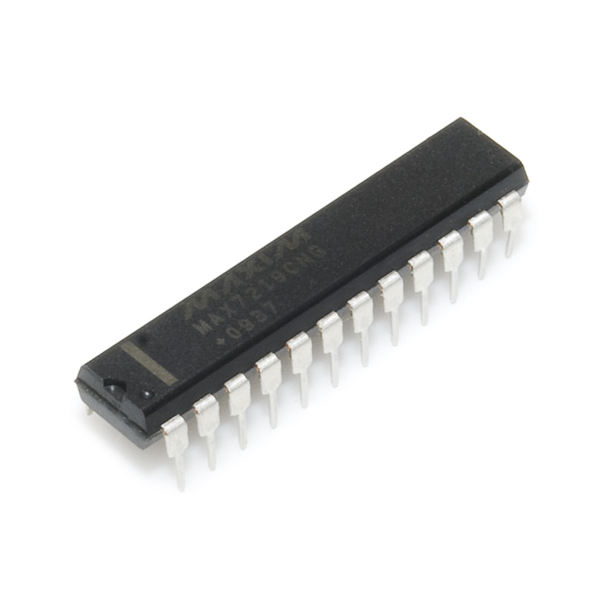 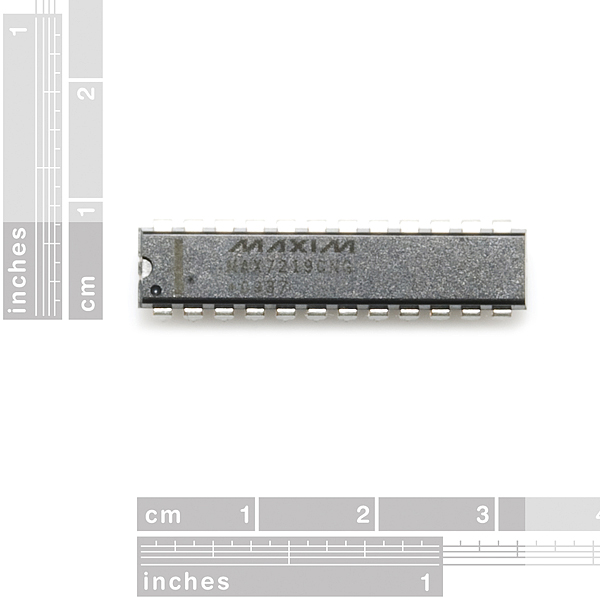 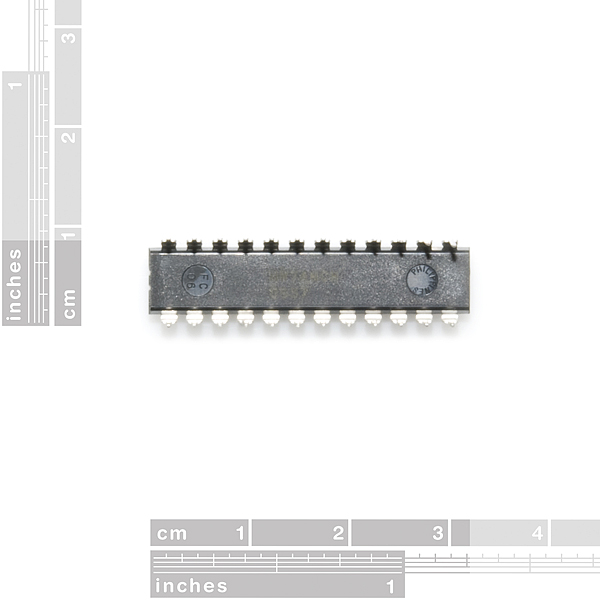 The MAX7219CNG is a compact, serial input/output common-cathode display driver that can interface microprocessors to 7-segment numeric LED displays of up to 8 digits, bar-graph displays, or 64 individual LEDs. Included on-chip are a BCD code-B decoder, multiplex scan circuitry, segment and digit drivers, and an 8x8 static RAM that stores each digit.

Communication with the MAX7219 is achieved through a convenient 4-wire serial interface (supports SPI). Individual digits may be addressed and updated without rewriting the entire display. Only one external resistor is required to set the segment current for all LEDs.

The IC also includes a 150μA low-power shutdown mode, analog and digital brightness control, a scanlimit register that allows the user to display from 1 to 8 digits, and a test mode that forces all LEDs on.

This device comes in a 24-pin DIP package.

Versatile and easy to use.

about 8 years ago by Madbodger verified purchaser

I've breadboarded this with some LEDs and used it with the Arduino library, and it worked fine the first time. It'll drive discrete LEDs or 7-segment displays and do the 7-segment decoding for you. No visible flicker when multiplexing. I'm currently building one into a proton pack!

My introduction to ICs

about 8 years ago by Member #476377 verified purchaser

Wanting to build and control an 8x8 matrix of LEDs, I set about learning how to use an Arduino. I'd already been a little proficient with programming, but had hardly any experience with circuitry.

This was the chip which let me get the grid working! It was my introduction to circuit schematics/diagrams and dealing with calculating V=IR. Wasn't nearly as bad as I had worried it would be, and now I have a nice little matrix as a toy I built (planning on putting 4 of these together for an eventual 16x16).

This chip works beautifully. Nice libraries for support with the Arduino, and many tutorials for guiding the lost (of which I was one).

about 7 years ago by Member #334770 verified purchaser

This driver works great for multiplexing led projects. Currently working with it on a project with 8x8 led matrices, so I'm looking to daisy-chain 2 of the 7219s to drive 2 matrices.

about 7 years ago by Member #699298 verified purchaser

My last couple of these (from a different vendor) died after a very short while. The ones I've purchased from here are doing great (so far)!

about 3 years ago by Member #505727 verified purchaser