When Jean Rabault Førland was looking for a cheaper and more compact way to collect data on sea ice for the Norwegian Meteorological Institute, he looked to the Artemis Global Tracker (AGT) as an alternative. 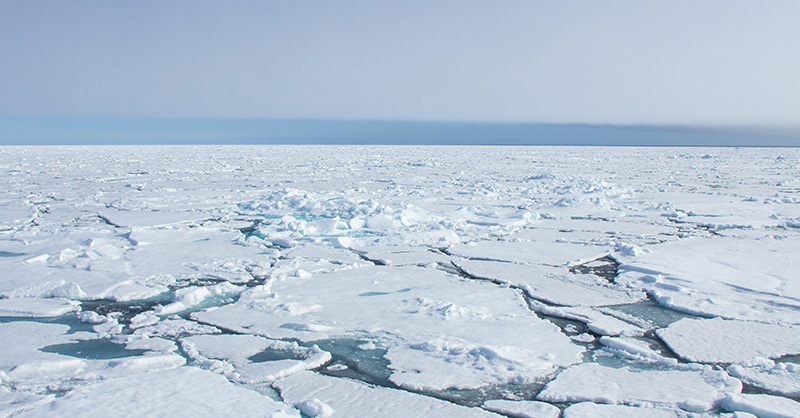 The Mission: Improve Sea Ice Monitoring as it Moves Across the Arctic

“In our project, we want to improve sea ice monitoring, generate new datasets, and help improve numerical models of sea ice in the Arctic. [We wanted to] reduce cost by a factor 5 to 10 compared with the cheapest commercial instruments, while having full control of the in-situ data processing.”

Setting up instruments in remote Arctic environments is no easy task; it requires a lot of time, effort, and money to track ice moving. However, sea ice can tell us a lot about the health of the planet, making it an important area of study. “Sea ice is a key element for the climate, and is strongly coupled to the ocean and the atmosphere, with some strong feedback mechanisms.” To put this in perspective, “...sea ice reflects 70% of incoming solar power, while the ocean reflects only 6% of it. So, if the sea ice extent gets reduced, more heat is absorbed in the Arctic, and the sea ice melting accelerates.” In short, “understanding sea ice dynamics is really important for both short term (weather) and long term (climate) analysis.”

Currently, there is not enough data being collected tracking the movement of sea ice in the Arctic. Commercial instruments are very expensive, which means Jean and his team can afford fewer instruments and collect less data. This leads to worse models and gaps in information that would be useful to the larger field of oceanography. In Jean’s words, “for this (project), we need to collect field data in much larger volumes than what is currently available. This means stopping the use of expensive commercial instruments, and building our own instead. This is exactly what we did: use AGTs and other electronics around it to build instruments that can monitor the sea ice drift and wave propagation in sea ice, to help develop / calibrate numerical models.” 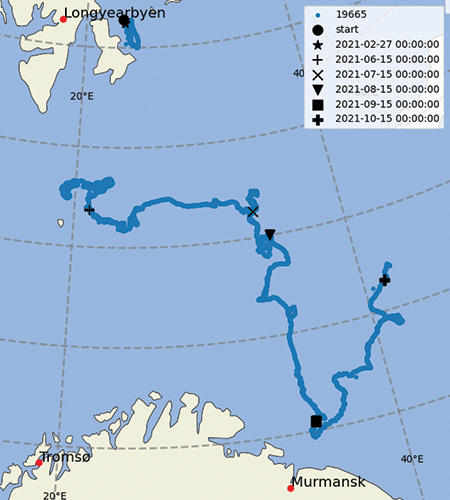 This is the trajectory of the instrument that survived ice meltup. 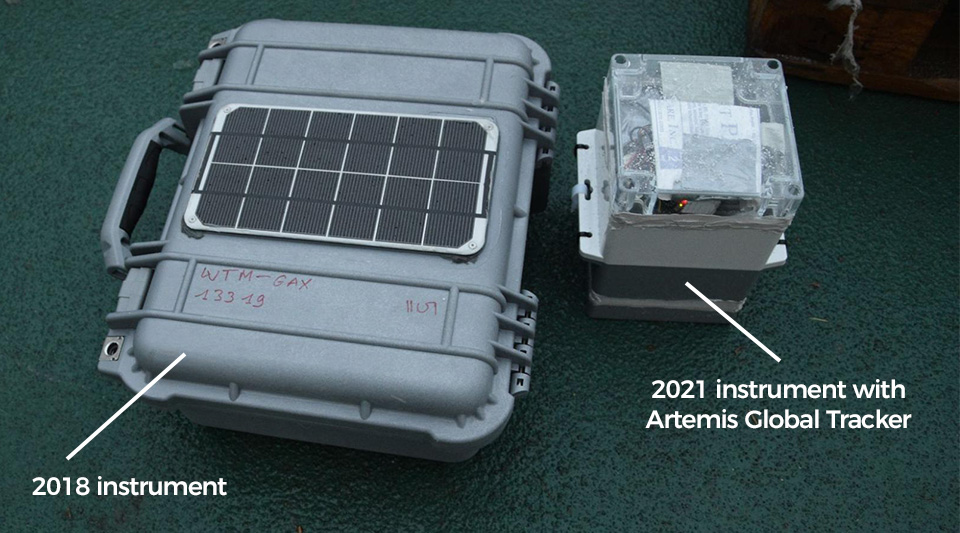 Comparing the "old", pre-AGT instrument (left) to the "new", AGT-based instrument (right) with a much smaller form factor.

Another problem the researchers face is that since these instruments are being installed on moving ice, theirs is a one-way mission — that is to say they aren’t coming back. This underscores the importance of the overall build being relatively inexpensive, as units must be replaced year after year. As Jean explains, this year, “we deployed 14 prototype instruments that collected data. Most of them (13) worked for at least a couple of months before being crushed by ice melt up. This is considered a success, we did not expect instruments to survive ice melt up. However, three instruments survived the ice melt up and continued transmitting. Two of them hit land and were destroyed after a few months, but one of them is still alive. So we have quite a large dataset.”

The conditions these trackers face are often brutal – the Arctic is a harsh environment. This creates a number of constraints, including the need for a robust power supply system. “Batteries do not like the cold, ice gets on solar panels.” In comes the AGT with a unique solution. Jean describes the AGT’s MCU as being “unusually power efficient and computationally powerful…the ability to use little power and be able to run for months on a few non rechargeable Lithium batteries is critical for us.”

The future is bright for Jean and the Norwegian Meteorological Institute, with new ideas and collaborations on the way. Currently, “we are trying to create an open source oceanography community [with] 5 groups in Norway, Australia, Japan, Canada and the US, that are joining efforts on this. The five groups together have ordered about 50 AGTs in total that have been, are, or will be in use for monitoring sea ice and/or building oceanographic drifters.” As for the one AGT still active, “I show the drift of the instrument that is still alive [in the photo above]. The data about the full deployment will be available in a paper in 2022.” In addition, Jean and his colleagues are working on a technical paper summarizing their design, and will soon release all code, building instructions, and post processing tools as open source materials.