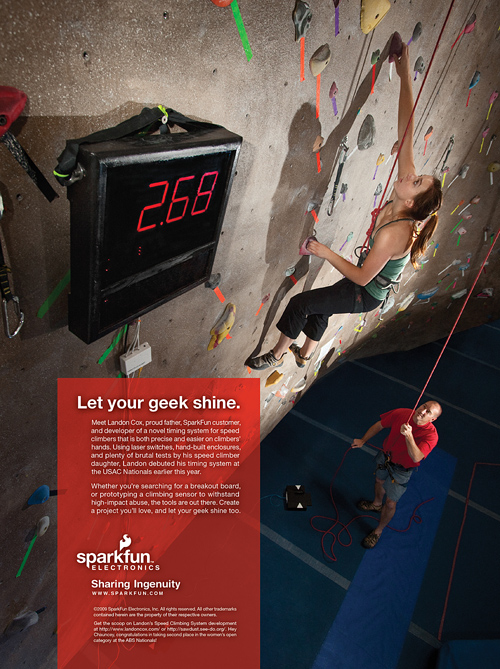 Landon Cox developed a timing system for speed climbing. In the past, climbers had to hit a switch when they reached the top of the wall. With Landon's system, laser switches that are placed in custom-built enclosures do the work, letting the climber focus on, well, climbing.

This photo shows Landon belaying for his daughter Chauncey, an elite speed-climber. The photo was taken at the Boulder Rock Club in Boulder, CO. The photo was taken by SparkFun Visual Developer Chris Rojas using a Canon 5D MarkII camera. In order to shoot the photo, Chris, too, climbed the wall - albeit a tad bit slower than Chauncey.

Check out this video for a behind-the-scenes view of the photoshoot and an interview with Landon and Chauncey.