Digital calipers are nice, but their limited battery life can be frustrating. The batteries are easy enough to find, but if you're in the middle of a project, you don't want to run out and buy a two-pack, only to realize when you get home that you still have one leftover from last time.

With a simple modification you can have significantly improved battery life, as well as be able to use AAA cells, which you probably have around the house anyway.

I don't want to act like this is a revolutionary hack  -- you don't need much, and I'm sure many of you have already done this. But for anyone who has run into a battery issue, I want to show you that this will take as much time as running to the store and getting a fresh battery, so you might as well just hack them now! 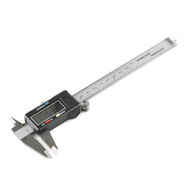 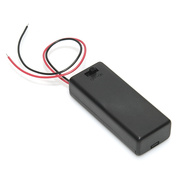 You'll need some digital calipers and one of our AAA battery holders. The battery holder also has a convenient on/off button, so you can stop the calipers from randomly coming on and draining the battery.

The first thing you'll need to do is modify the battery holder to hold a single battery. The calipers want 1.5V, so a single AAA cell is ideal. You could also use one of our AA battery holders, but the extra capacity and size won't be a huge benefit. I've found that so far, a single AAA battery lasts several months with constant use, but it hasn't run out yet so I'm not entirely sure how long it might last.

Anyway, to make the battery holder accommodate a single cell, all we need to do is add a wire where one of the batteries would be: 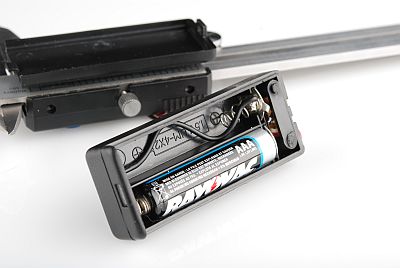 The battery door doesn't fit anymore, so I just modified it a bit by snipping off a corner so the wires can exit cleanly. Just snip off a small corner of the battery door as shown below. You want to do this on the left side, since the other side has a tab that keeps it closed. 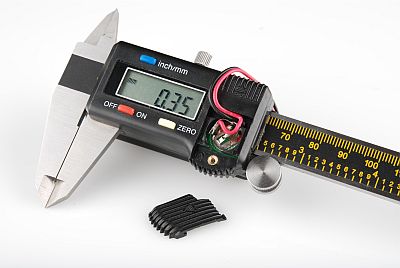 Now that the door is trimmed, you can route the wires through the opening and put the battery door back on. Here's what it looks like with the wires coming out: 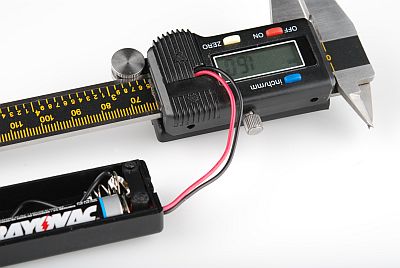 Now I just use a bit of double-sided tape to hold the battery holder on the back of the calipers, and we're done! They don't fit in their case, but I felt the extended battery life was a good trade-off. I usually have them permanently on my workbench anyway. Here's what they look like when everything is finished. 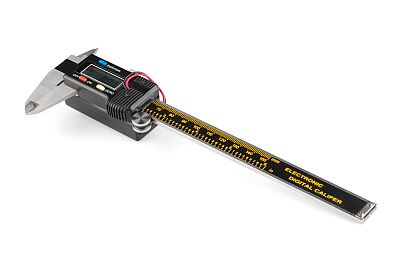 To open the case and get to the battery, just press down on the end and push backwards; the case should open up just fine. Do the same thing in reverse to get the case back on. 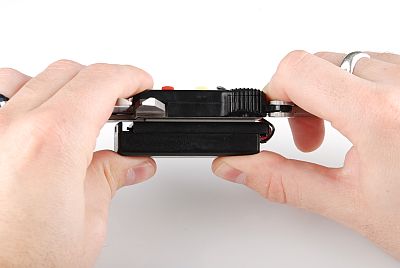 If you want to know more about how calipers work, check out this video. Now go measure stuff with your modified calipers!