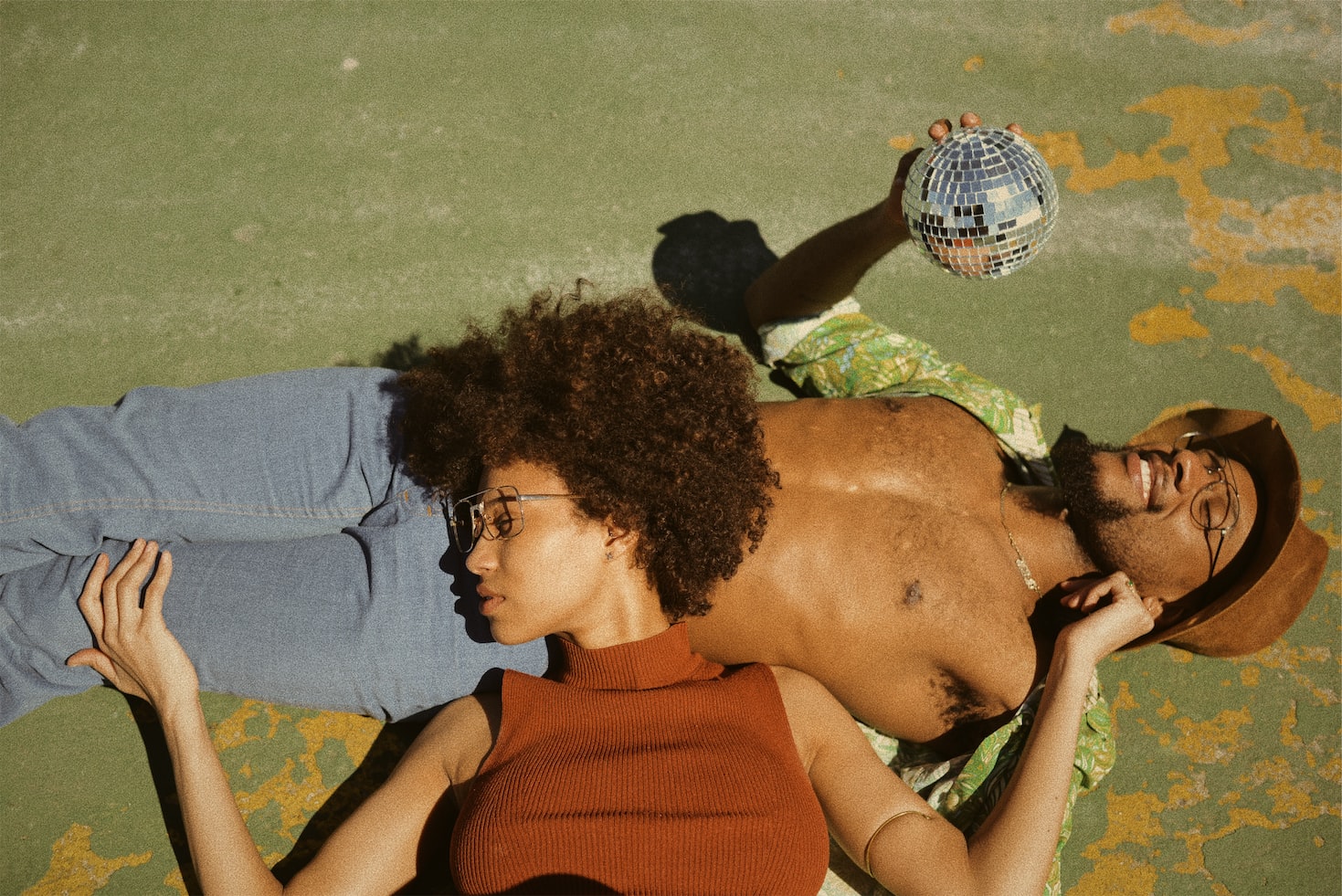 Maybe sex plays a role in civilizational decline. However, the Han and Tang dynasties in China didn’t die out because the lords and emperors didn’t have access to harems. They did, but according to history the palace eunuchs had helped play consorts and empress clans against each other, resulting in violent power struggles that helped bring down the ruling power. There were also Daoist religious rebellions and lots of military unrest. The military assembled to put down the rebellion didn’t disband and gained a lot of power. The emperors didn’t have as much power individually. It was often a symbolic seat of blood lineage, with rich and powerful others pulling the strings, especially while the emperors were young. Monogamous marriages were the norm, with higher-ranked men taking on concubines and mistresses.

Modern China seems to be going back to this system, minus the arranged marriages. Despite fewer young women than men, the rich and powerful men take on harems, and the young attractive women are all about money and status. There is no overwhelming moral code against this, and with the breakdown of tradition, divorce rate has shot up through the roof in just 20 years. Women want to see cars, houses and lots of money before they get married. Many foreigners, especially white men, report that it’s a paradise for casual sex. The same has been said by many others, not even in the manosphere.

Basically it’s impossible to know anything there. Women will have sex with many and lie and cheat, but pretend to be good when it comes time to look good. If anyone wants to see a truly brutal but free market, sexual or economic, China’s large cities will deliver spectacularly. Corruption and fraud are rampant as everyone tries to get more wealth and status, by whatever method possible. Thus you have toxic baby formulas, lead-paint in toys, cheap imitation brands, etc. Human lives are not as valued there as in the West. Female infants are routinely abandoned, female fetuses aborted, while adult men toil long and hard in barely human conditions to make a living. China vividly displays the selfish motive taken to extremes by tons of smart, conniving and non-religious people. There are no longer checks on male polygamous impulses or female hypergamous impulses. It’s a free-for-all with prostitution, mistresses, brothels, trafficking, cheating, stealing, lying, bribery, corruption, drugs… Whatever you can think of, they will have it. I don’t want to live there though.

There is a selfish vs. altruism dynamic. Yes everyone has the selfish motive. It’s biological. But humans didn’t get to civilizations and airplanes and computers and this advanced level by being purely selfish. Societies that temper selfishness to cooperate thrive more. Any system can work, including democracy, monarchy, corporation, etc. if everyone in the system is good, honorable, intelligent, cooperative, self-aware, and prefer giving rather than always taking. Look up abundance mentality in Wikipedia. Also win-win scenario in mathematics. It is not the “system.” It is us, humanity, and the fact that any system created by imperfect people is fundamentally flawed. The worse the people participating in the system, the worse the system becomes. Imagine a king who has absolute power over everyone — and a horribly selfish, oppressive and disgusting king.

Modern systems of government try to temper this, but end up failing as very selfish people get into power. Am I selfish? Of course I am. We ALL are. But just because this impulse exists doesn’t mean it’s meant to be exercised 100%. We all want to eat, too, but some of us eat healthily, until satiety, and don’t engorge until obesity. Others don’t know when to stop. Incredibly selfish people are like those gluttonous obese people when it comes to power. You are naive if you think that in the absence of all governments, corporations would magically become powerless. Systems of power rise from people who want power — they can do it with cults, with religions, with militaries, with national and international organizations, with Anything. I disdain this mode of operation: glorifying selfishness just because it exists. Selfishness can be tempered and balanced in a healthy way, not taken to extremes that lead to corruption and carnage.

In the Maoist revolution in China and the revolution led by Pol Pot in Cambodia, the “peasants” and those of unprivileged backgrounds were seen as superior in those political movements. Nobles and elites were seen as the problems. The result was very violent civil war-like uprising. So the system did bow to “will of the masses, ” because a lot of people who were poor and felt resentful toward those who had money, banded together to rebel against them. They had numbers on their side and the vague feeling they shouldn’t have to live as peasants. The French Revolution (following similar trajectories) was also intensely violent and served as a bit of inspiration to these other countries, rebelling against the old system of elites but in the process establishing new elites. Rousseau’s phrasing: “man must be forced to be free.” They simply took it quite far. Asia did not have the political or philosophical background of the Enlightenment, Christianity, or citizenship/inalienable human rights. Culturally speaking the people knew only tyranny and little else, so it was easy for one tyrant to replace another. The “president” in name is basically another emperor as far as most ordinary people were concerned. They didn’t have the concept of Christian God’s love for everyone, as was the case in Europe. Cambodia had Buddhism, China had Daoism and Buddhism, as well as ancestor worship.

These religions were also abolished during the revolutions, with many monks forced out of monasteries, to follow France’s secularization and overthrowing of Church’s religious authority. I had a wonderful history teacher in high school who taught this stuff with a passion. He also taught college-level political philosophy to a select group of students. He basically said that Marx forecasted globalization (current trends) over a hundred years ago. As well that he revised his predictions later, and said real revolution wouldn’t really come until after complete globalization took place, which has not yet happened. I think the farmer revolutions in the East were about a pent-up hatred of the nobility deep into the past. It was certainly no proletariat vs. factory owners, because they had no factories. In a way you could call it a total “beta” revolution because the nobles in Asia always had lots of resources, food and harems of women, while the peasants often went without much of anything. From the position of those who have stuff, the situation looked pretty good. To the have-not’s, why not take up arms and band together to get something? When too many young men are deprived of access to food and women, they don’t have families or children, they have literally NOTHING to lose.

So they fight, because if they risk their lives they might just get something. This is why some observers see China as volatile and dangerous, because they do have a lot of young men who are in the same boat today. But now there is upward mobility. In the Maoist era there was no such thing, so people revolted violently. Now a young man can work hard in the cities and make something for himself, then go to one of the rural villages or a neighboring Asian country to take a wife. So despite the skewed gender ratios there are enough people still able to get a decent life going that it doesn’t matter as much. Also, for whatever reason, we Asians love video games (lol), and tons of young Asian guys are just lost in the games and don’t really do anything else. No such distractions existed 60, 70 years ago. I don’t know as much about the situation that led to the Soviet Stalinist revolutions, but it may have been something similar with the tsars and other wealthy people angering enough of the population, and the lower classes rose up. There were also food shortages and bad conditions (it is after all freezing cold up there). Some of the revolutions in the Middle East this year were probably quite similar in root causes (critical mass of young men without work, good economic prospects or wives/children), but didn’t use the Marxist ideas because the times are simply different. The Marxist revolutions borrowed the philosophy to get people to revolt. The underlying causes are still fairly similar.

Embed: Want to embed this wish list in an HTML page? Just copy and paste the following script tag:

Data: Just want a file you can save or pass around? We've got you covered. Click for CSV or JSON.