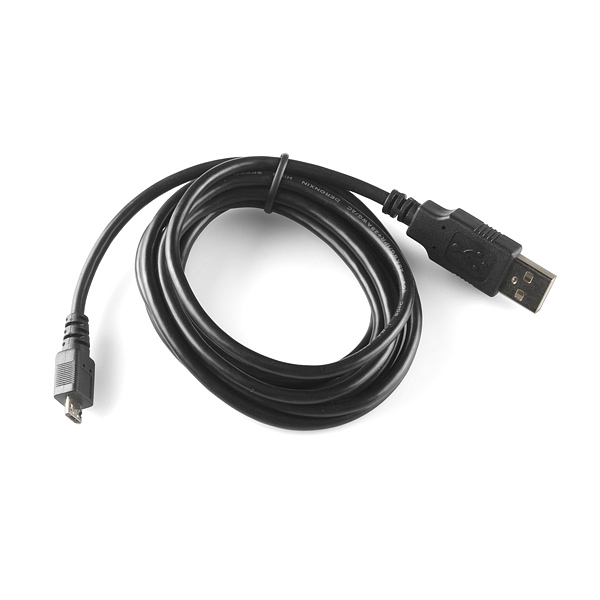 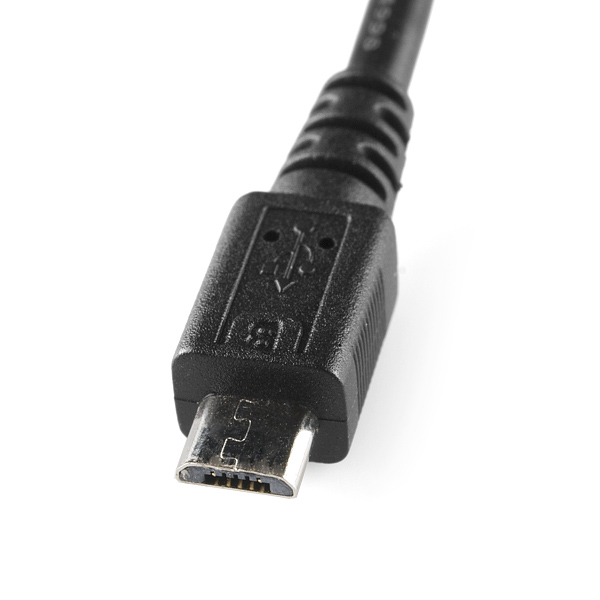 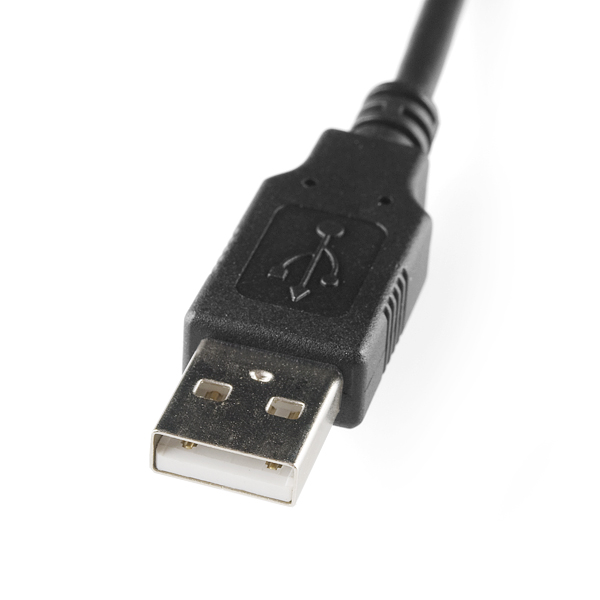 USB 2.0 type A to micro USB 5-pin. This is a new, smaller connector for USB devices. Micro USB connectors are about half the height of mini USB. Micro USB is found on newer hand held devices like cell phones and portable media devices. Works great with the Google Nexus One. Cable color and shape may vary slightly from image as our stock rotates.

If you're still trying to wrap your head around the world of USB cables, why not check out our USB Buying Guide?

Connectors are a major source of confusion for people just beginning electronics. The number of different options, terms, and names of connectors can make selecting one, or finding the one you need, daunting. This article will help you get a jump on the world of connectors.
Favorited Favorite 34

The SparkFun Inventor's Kit (SIK) Experiment Guide contains all of the information needed to build all five projects, encompassing 16 circuits, in the latest version of the kit, v4.1.
Favorited Favorite 2

Review of USB microB Cable - 6 Foot - not so great

about 5 years ago by Member #526755 verified purchaser

Greetings Bought 4 of these cables, two have failed within a week of going into service. Both had issues with the micro b end. One went intermittent, no sign visible damage, But seemed loose when mated and had lots of wiggle. The other physically broke loose internally but did not come out of the connector backshell. One cable used on an Asus T-100 transformer book. The next on a galaxy s4. No I don't try to abuse them and yes I'm a sixty something yo klutz. But I typically get a couple of years out of a cable that is used daily. My plan is to lop off the affecting appendage and replace it with new end. Going to try to do more thorough research on the replacement part.

about 5 years ago by Member #639799 verified purchaser

It is workin fine.

Could not ask for better!

about 5 years ago by Member #662754 verified purchaser

The cable connected my laptop to my Arduino Leonardo and never missed a bit. Program transfer first time I tried it.

about 5 years ago by Member #331568 verified purchaser

I used to buy my USB microB cables from Amazon.com when I had free shipping with Amazon Prime but now that I don't, I order these and I think they are comparable in quality and I've never had an issue with them breaking or not fitting the Arduino Leonardo, which is what I typically use them for. Great price for a great product, highly recommend.

about 4 years ago by Member #349005 verified purchaser

Using to power/flash my particle photon. Works great and the 6' is a good length!

about 3 years ago by Member #68166 verified purchaser

about 3 years ago by Member #72404 verified purchaser

The right cable for the logo matic ver 2 from spatkfun. Many thanks to spatkfuns great customer support. I buy items based on quality of your support. Cheers!

about a year ago by Member #568230 verified purchaser

What can I say, it is a great cable and was just what I needed! 😋

about a year ago by Member #1488951 verified purchaser

Its been working great.