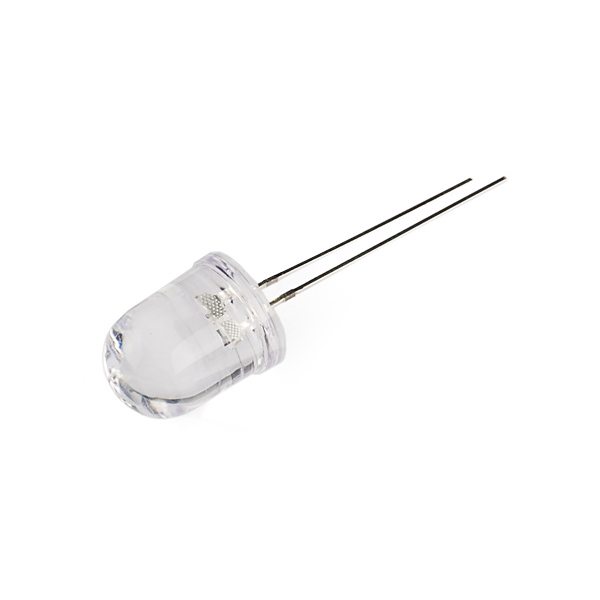 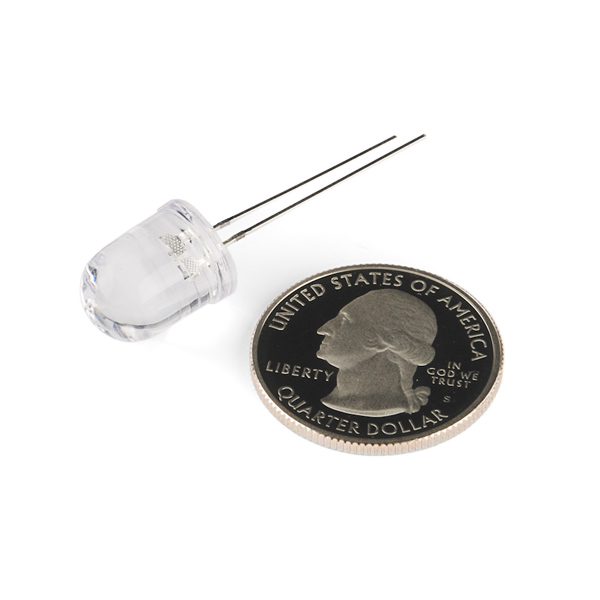 These 10mm LEDs are of the "slow-changing" variety, meaning they cycle at a rate of one color every few seconds.