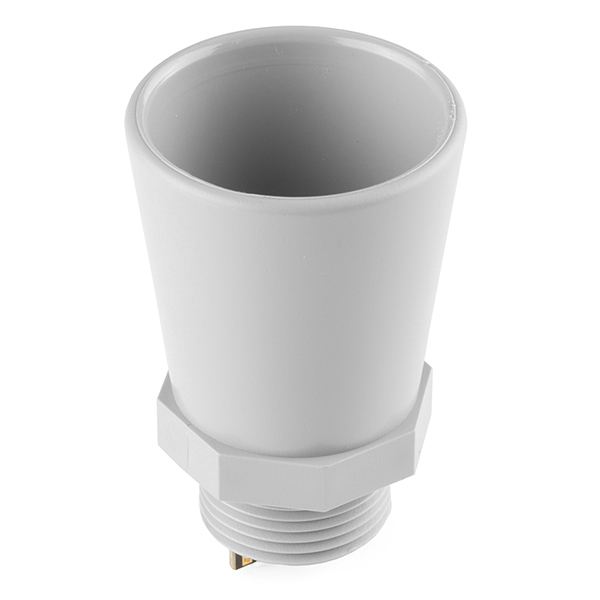 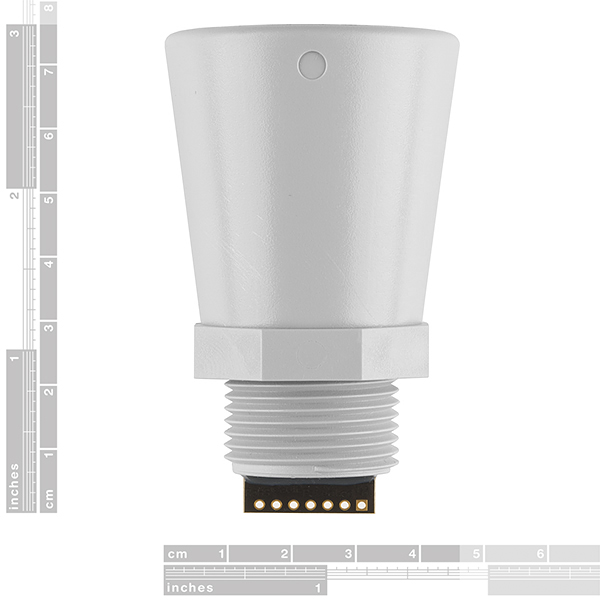 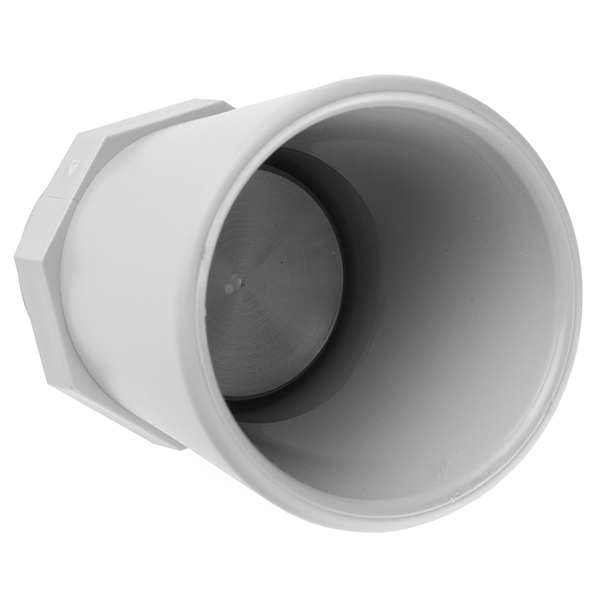 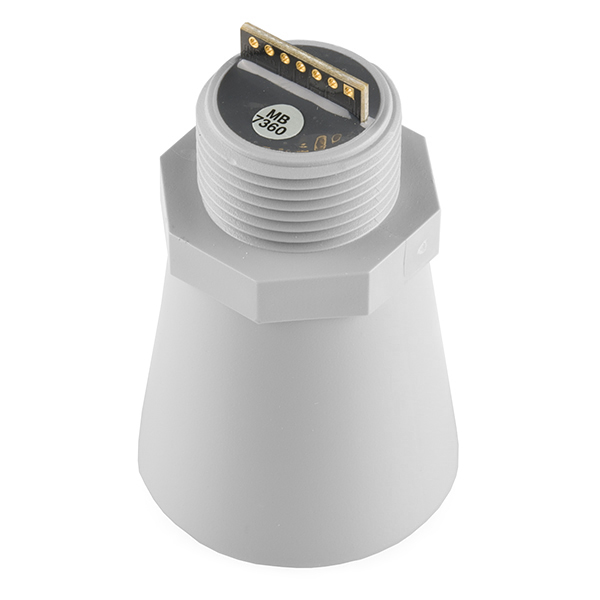 If the ultrasonic range finder indicates that it has an "RS232 Serial Output" and is outputting an inverting signal with the voltage level based on Vcc, you could just use an inverting circuit using a transistor to invert the signal. This is not a standard RS232 that uses +/-12V. There are a few methods of flipping this signal through hardware or software. The resources and going further will provide specific examples.

Doing a quick test using a retired NPN transistor from our storefront, I was able to get it working based on the circuit using a RedBoard Programmed with Arduino. I was using an Arduino so Vcc in my circuit was 5V. Since it's basically two diodes within the transistor, you will want to use resistors to limit the current. I just used two 330Ohm resistors just like I was turning on an LED. You probably do not need to do this but the values might need to be adjusted when using it at higher speeds or if the transistor is not fully turning ON/OFF. Testing with a multimeter, it worked as expected. An input of 5V would result in 0V (logic LOW) on the output since the transistor was turning on. With an input of 0V, the transistor would not be conducting so the output would be held HIGH at 5V. Using an Arduino serial passthrough for further testing, I was able to view the ultrasonic sensor's output data without any problems.

Otherwise, you could be clever in writing your code to store the value and possibly apply some sort of logical NOT operation. In Arduino, there is a special feature using software serial that inverts the signal by setting a parameter to true [ "Software Serial Constructor" – https://www.arduino.cc/en/Reference/SoftwareSerialConstructor ]. There was someone in the Arduino forums that provided example code to invert the output, parse the data, and output it through the serial monitor here => [ User "Goldthing" - http://forum.arduino.cc/index.php?topic=114808.msg864009#msg864009 ].

There is a tutorial from MaxBotix that shows you how to connect ultrasonic sensors to Raspberry Pis => [ http://www.maxbotix.com/Raspberry-Pi-with-Ultrasonic-Sensors-144/ ]. Certain ultrasonic sensors listed in the article require an inverter. If the ultrasonic range finder's output serial output is " RS232 " like the sensors listed under "Ultrasonic Sensors that Require an Inverter" , this indicates that the signal is basically an inverted output with the voltage level based on Vcc.

Therefore, you would need to follow the tutorial and use a serial inverter in order to use it with the Raspberry Pi. If you are using a Raspberry Pi a transistor, Vcc should be 3.3V since the Pi uses a 3.3V system.

There is a tutorial from MaxBotix that shows you how to connect ultrasonic sensors to Raspberry Pis => [ http://www.maxbotix.com/Raspberry-Pi-with-Ultrasonic-Sensors-144/ ]. The Ultrasonic Range Finder - HRXL-MaxSonar-WR's manufacturer part number is MB7360. Looking at the application notes and checking the datasheet on page 3 for the MB7360 [ https://cdn.sparkfun.com/datasheets/Kits/HRXL-MaxSonar-WR_Datasheet.pdf ], it looks like the serial output is RS232 like the sensors listed under "Ultrasonic Sensors that Require an Inverter" .

Therefore, you would need to follow the tutorial and use a serial inverter in order to use it with the Raspberry Pi.

about 3 years ago by Trilogic verified purchaser

I use these sensors for measuring my irrigation pond level. I'm using the analog output connected to an ADC port on a STM32-H152 Olimex board. The Olimex board has a Digi XBee PRO 950 connected via a UART port that then transmits readings to a Beaglebone 200+ feet away inside a building which also has a Digi XBee PRO 950. The Beaglebone (using LibWebsockets and Javascript) serves up web pages with the data received. The MaxSonar has been outside exposed to the elements (central Oregon) for 1 year plus now and has not failed once. 5 Star product, works perfect and is very accurate.