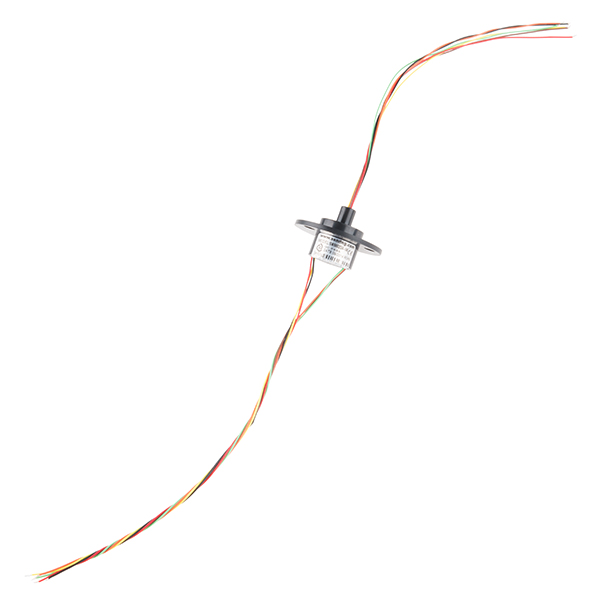 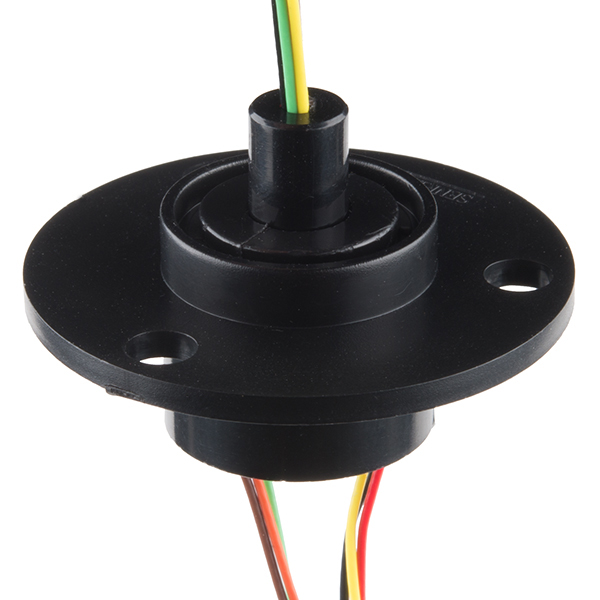 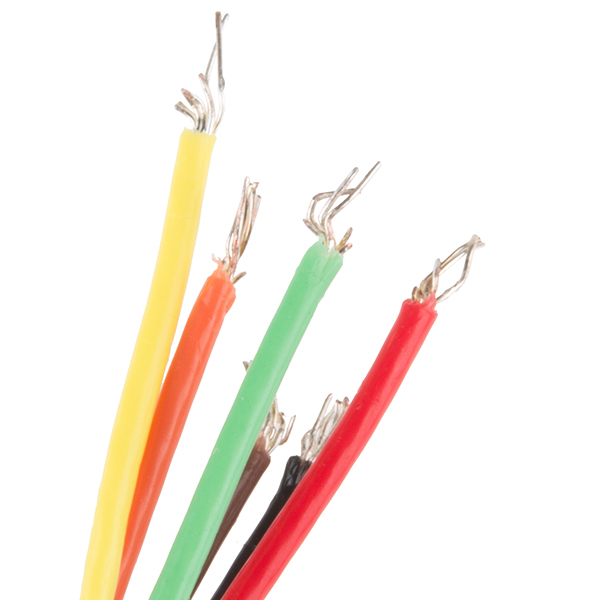 This is a 6 wire slip ring, a remarkably simple electromechanical assembly that allows electronic signals to be passed through its rotating innards. Commonly, you'd find slip rings in wind turbines, radar antennae, or anything else that requires continuous 360° rotation while maintaining an electrical connection. This particular slip ring provides you with a compact body with gold-on-gold alloy fiber brush to plated ring contacts inside.

Each Slip ring is capable of handling a continuous working speed of 250RPM, a current rating of 2A, and an operating voltage of 210VDC / 240VAC. We aren't kidding about how compact this little guy is, with only and outer diameter of 22mm for the body an 44.5mm diameter flange, you should have no issues fitting these into your next project. Additionally, the 250mm stranded wires protruding from each side of the slip ring have a thickness of 28AWG while the whole assembly has a water protection rating of IP51.

For whose who have seen the video, and want to recreate Nick's camera rig, here is the parts list, and how they're attached. The full rig

Works well, but mind the specs.

about 6 years ago by Crizo verified purchaser

I've created a 1m RGB POV display based on LPD8806 LED strips, and this slip ring. It worked great for development, and probably lasted a month of evening dev time, or 100-200 hours. No problem handing high data rates. But I was running it out of spec at 300-420 rpm. I knew I was taking a chance but wanted to push it to the limits. I installed it in it's home for 3 months, and the slip ring failed soon after. When it fails with the LPD8806 you'll see a Stanley Kubrick-esque radial display of chaos. It actually looks really cool to those who don't understand, but it indicates that the clock and data lines have an intermittent connection as the slip ring turns.

Long story short, I recommend this for within spec projects that stay under 250 RPM and do not have huge duty cycle requirements. Beyond that you should look at industrial-strength replacements like those from mercotac or similar. Look closely at the max RPM specs, and duty cycle if available. A duty cycle or lifetime spec for this product would be helpful. 250 RPM might be useful if your POV has 3-4 arms and therefore needs less RPM than a dual-arm.

about 6 years ago by Member #84847 verified purchaser