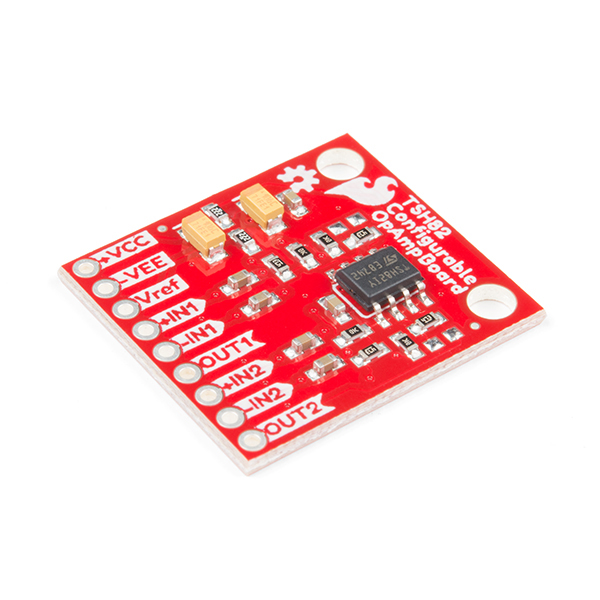 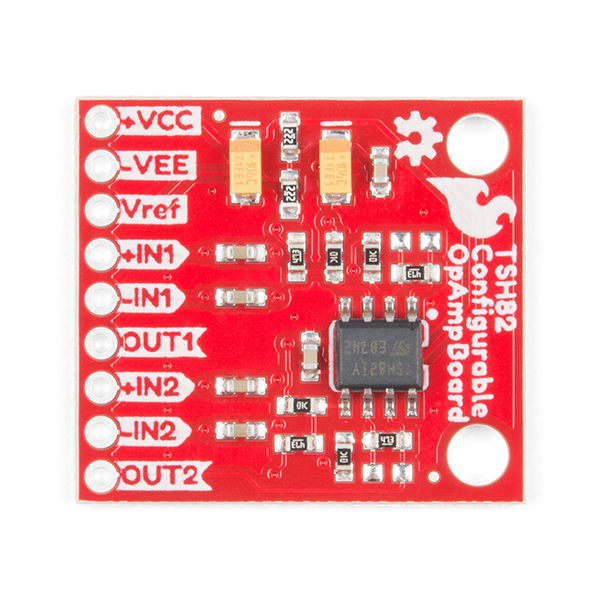 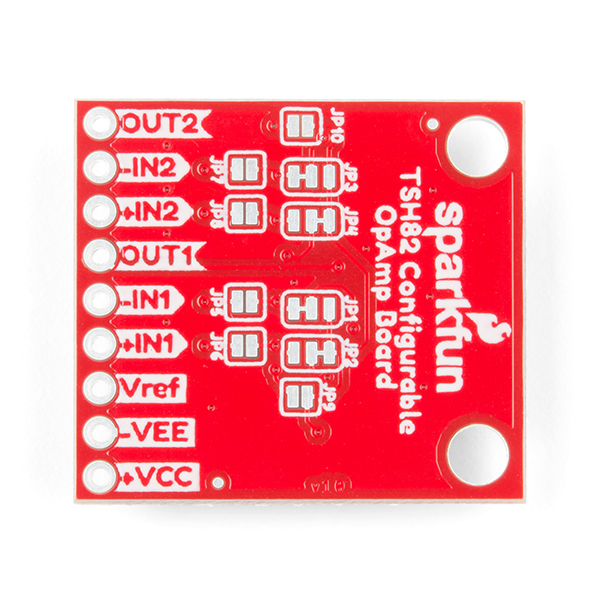 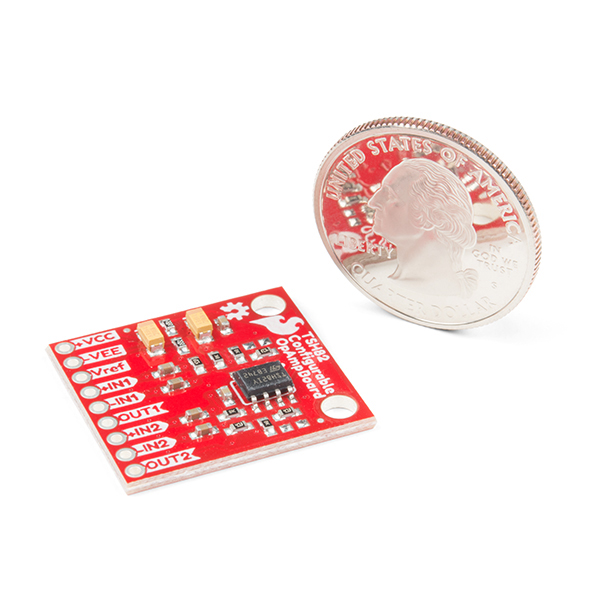 The SparkFun TSH82 Configurable OpAmp Board was designed to give you the best combination of performance and flexibility that we could achieve by giving you two gain stages, each one independently accessible on the header pins. Each stage is natively configured as an inverting amplifier that can also be strung together to expand the capabilities of the TSH82 from STMicroelectronics. With the use of the jumpers on the back of the board, you can configure each stage for non-inverting operation, differential input, and DC input coupling.

Electrically speaking, both stages on this board are identical. The default configuration is inverting with a gain of -4.7 with a bandwidth of almost 10MHz. Input signals are AC coupled, possess an input impedance of 10K with a low frequency cutoff of 15.9Hz. Outputs are also DC coupled, so don’t forget to add a capacitor to the output if you’re running a single-ended supply and need to strip out the DC component. The board will also operate with a single-ended DC power supply of 4.5V to 12V, or a bipolar supply from +/-2.25V to +/-6V.

On the back of the board you’ll find 10 solder jumpers that can be used to change the board’s performance, but nothing there needs to be changed to use it in it’s default state.

Get Started With the Configurable OpAmp Board Guide

The TSH82 Configurable OpAmp board offers the designer a great balance of performance and flexibility. We'll show you how to get the very best out of your board!
Favorited Favorite 2

Introduction to Operational Amplifiers with LTSpice

Picking up where we left off in "Getting Started with LTSpice," we delve a little deeper into LTSpice through an introduction of Operational Amplifiers (OpAmps).
Favorited Favorite 12

about 3 years ago by Member #437089 verified purchaser

Bought 4 of these boards as they are very reasonable. Upon receipt soldered on pin headers so I could plug into my prototyping board. Plugged it in and powered it up. Connected my signal generator to get an idea of board performance starting with one amp and then both amps in series. Great performance beyond my expectations. Then modified 1st amp to act as current sensitive amp. My SMD soldering is marginal at best but the amp survived and functions. Not finished testing it though. This will be used as a preamplifier for a photomultiplier tube. Will also test these for bio-electrical amps but that is planned for later, Need much more practice on soldering SMD devices!! Thanks for the design and production of this analog break out board.