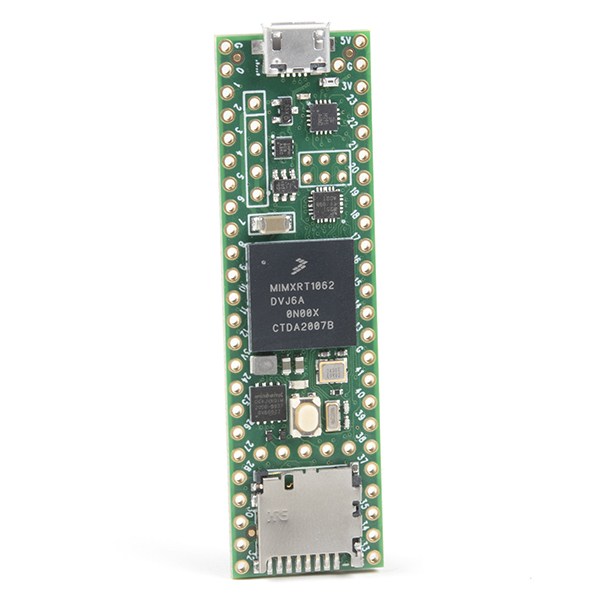 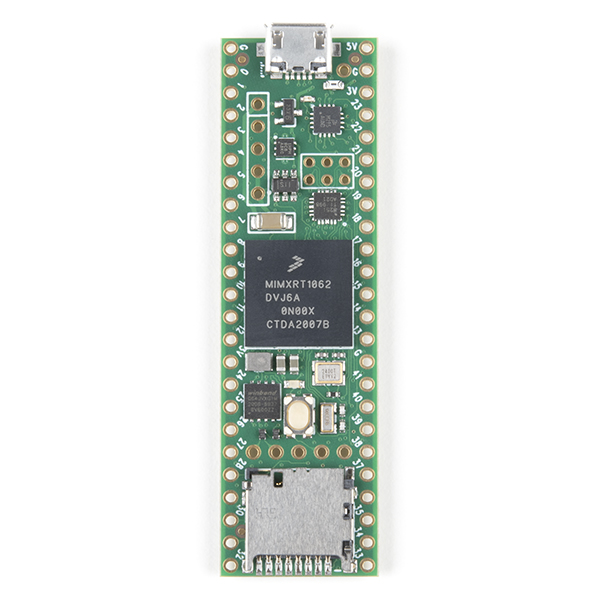 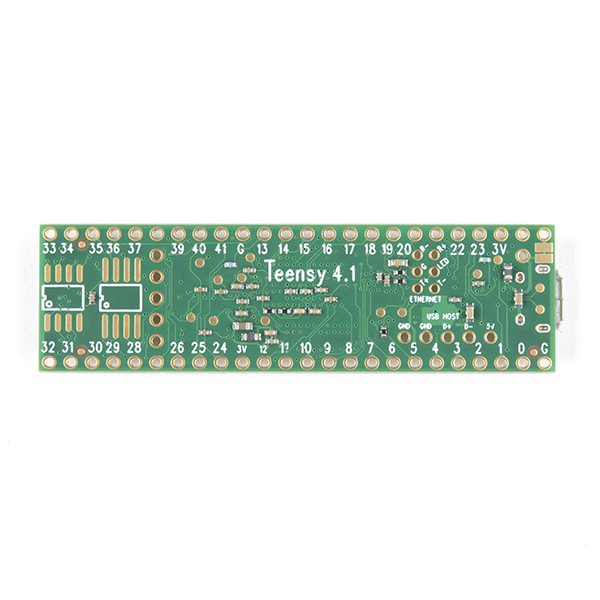 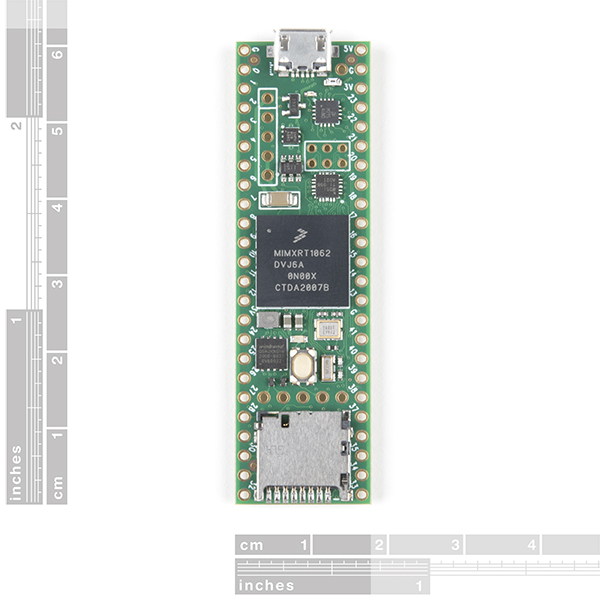 The Teensy 4.1 is the newest iteration of the astoundingly popular development platform that features an ARM Cortex-M7 processor at 600MHz, with a NXP iMXRT1062 chip, four times larger flash memory than the 4.0, and two new locations to optionally add more memory. The Teensy 4.1 is the same size and shape as the Teensy 3.6 (2.4in by 0.7in), and provides greater I/O capability, including an ethernet PHY, SD card socket, and USB host port.

Note: Please be aware that the Teensy 4.1 does not include headers and will need to be purchased separately and soldered on yourself.

about a year ago by Member #160995 verified purchaser

I've owned Teensy products in the past, but this one is just the thing for the wheeled robot I'm making. It has multiple serial ports in addition to the main one for connecting to my workstation for uploading programs and watching the monitor port, and it has three I2S ports built in and ready to be used with the modified Arduino libraries. I was easily able to adapt code written for an Arduino UNO with the AVR instruction sets for this powerful processor. I'm expecting that I will be able to use this for integrating all of the sensor data from the robot, all the actuator controls, and communication with a JeVois machine learning vision system and send and receive data on a serial port to an on board RPi running MQTT for higher level pattern matching components. Couldn't be more pleased!

about a year ago by Member #329824 verified purchaser

Great little board, but you have to solder extra memory and kludge the Ethernet connector.

Best microcontroller I have

You can do pretty much anything with this board. Although you may need external components for WiFi or Bluetooth (if you want that), it has so much processing power and so many peripherals that it's preferable to use this board.

Having USB capability, SDIO and a card slot built in, the i2s ports, and multitude of SPI and I2C busses are some of my favorite features that most microcontrollers don't have. Also can overclock to up to 1Ghz!

This should be used more with projects that need more processing power but don't care too much about the CPU power consumption. Clock speed can be reduced if needed, but it generally uses more power than other Teensys even at lower clock speeds, according to the forums.

Crazy fast with lots of inputs/ports. Some SW libraries are still catching up and I was disappointed not to receive the printed pinout diagrams that I received when ordering direct from the manufacturer but overall very happy.

about 8 months ago by daverlee verified purchaser

The teensy 4.1 is what I've been hoping for., small but powerful. Maybe what needs to be added is the casing box and supporting boards such as shields.