Retired COM-11314
Note: Retired Product
This product has been retired from our catalog and is no longer for sale. This page is made available for those looking for datasheets and the simply curious. 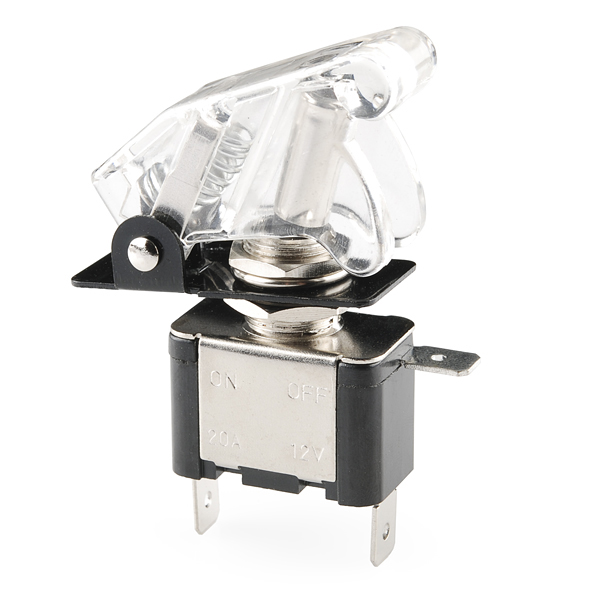 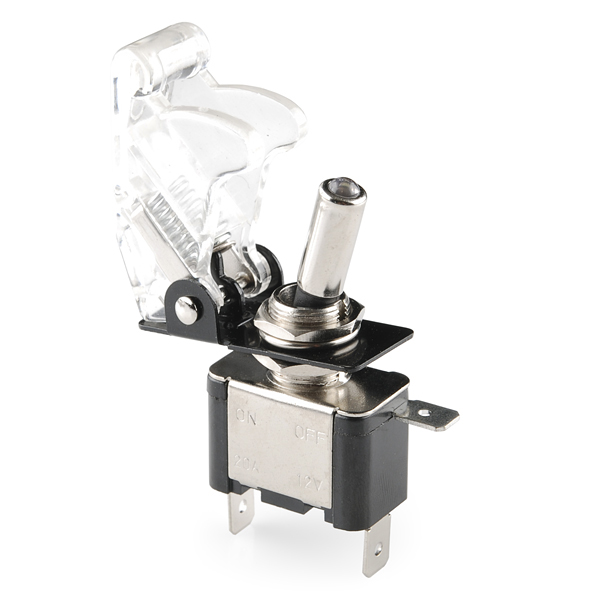 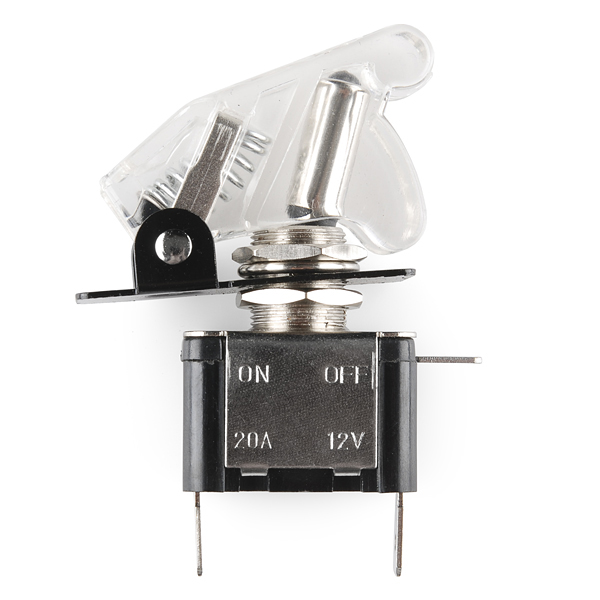 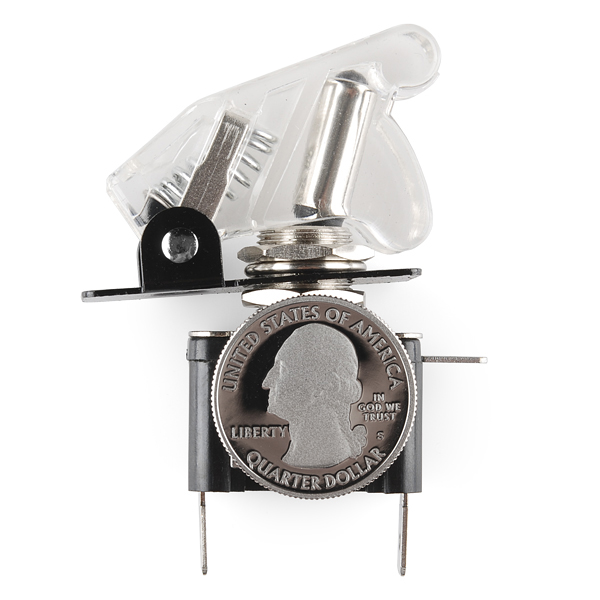 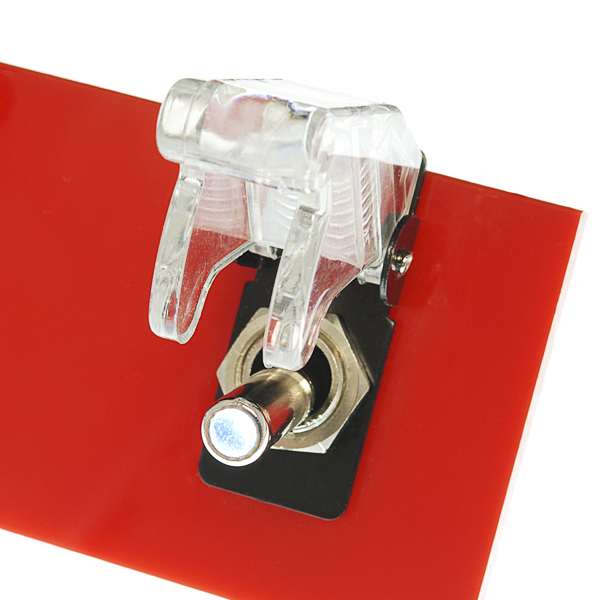 Retired COM-11314
Note: Retired Product
This product has been retired from our catalog and is no longer for sale. This page is made available for those looking for datasheets and the simply curious.

This simple on-off switch is rated for 20A at 12V but who cares about all that, it looks way awesome. These toggle switches come with those missile switch covers that make your project look like something out of a spy movie. They're also a great safety feature to ensure that you don't accidentally fire the missiles (or whatever it is your switch does). As if you needed any more convincing, they're also illuminated with a small LED in the end of the switch. These can be panel mounted into a 12mm hole.

Check the related items below for more color options!

Note: The LED can be illuminated with as low as 3.3V.

A tutorial on electronics' most overlooked and underappreciated component: the switch! Here we explain the difference between momentary and maintained switches and what all those acronyms (NO, NC, SPDT, SPST, ...) stand for.
Favorited Favorite 53