Retired DEV-12720 RoHS Open Source Hardware
Note: Retired Product
This product has been retired from our catalog and is no longer for sale. This page is made available for those looking for datasheets and the simply curious. 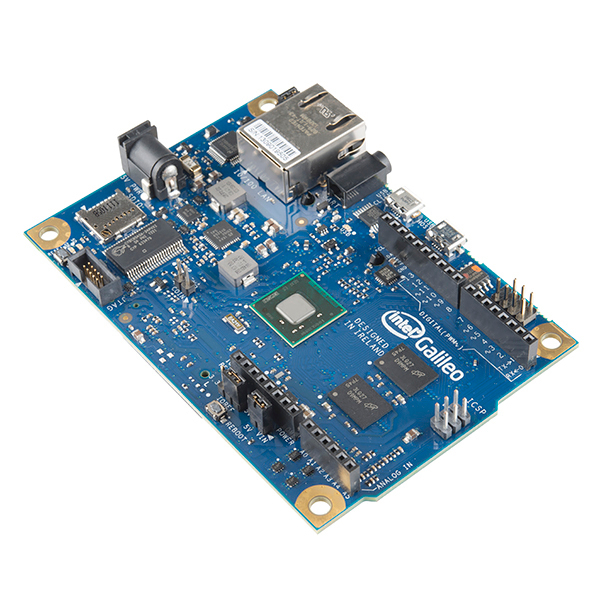 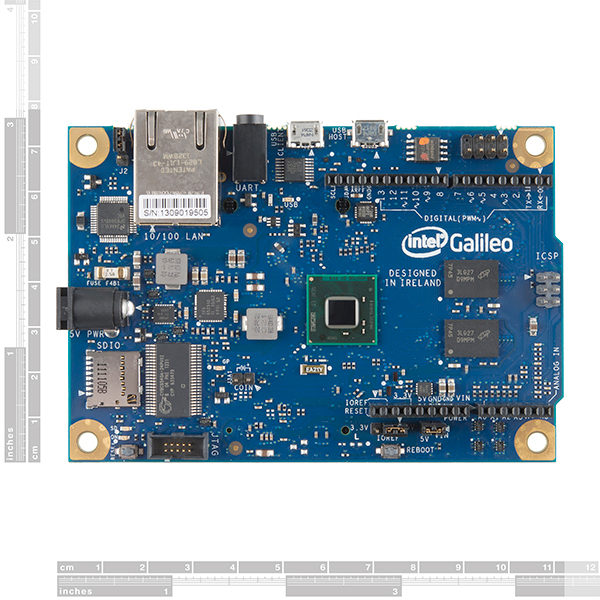 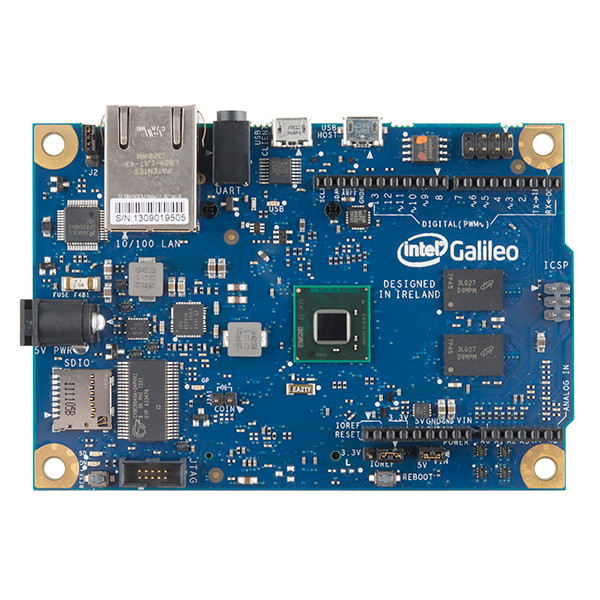 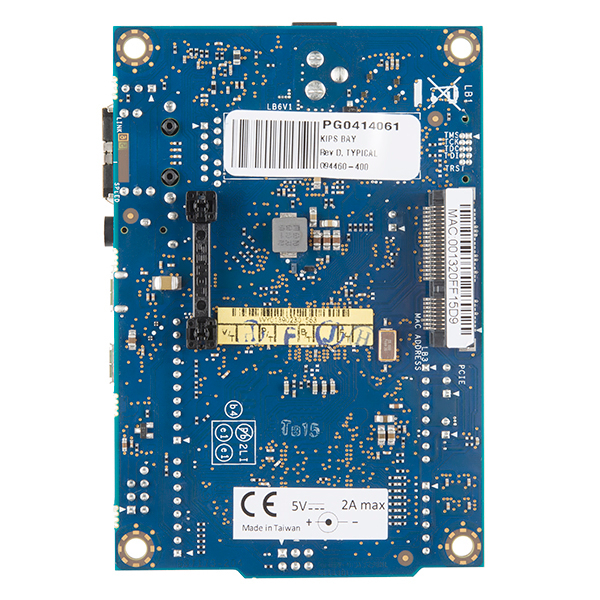 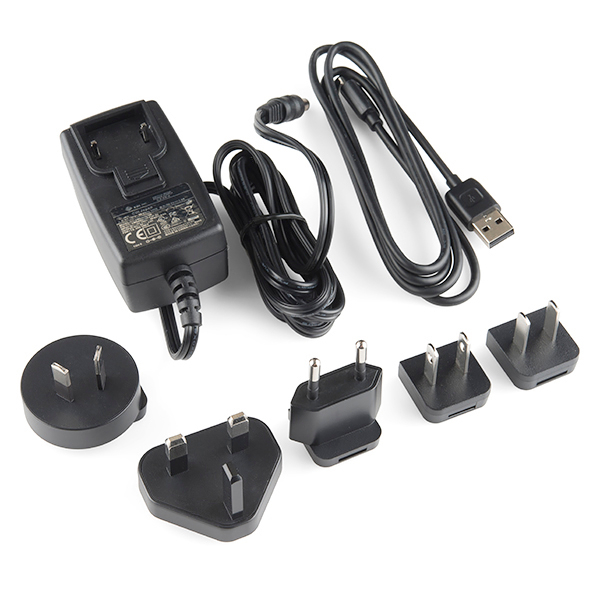 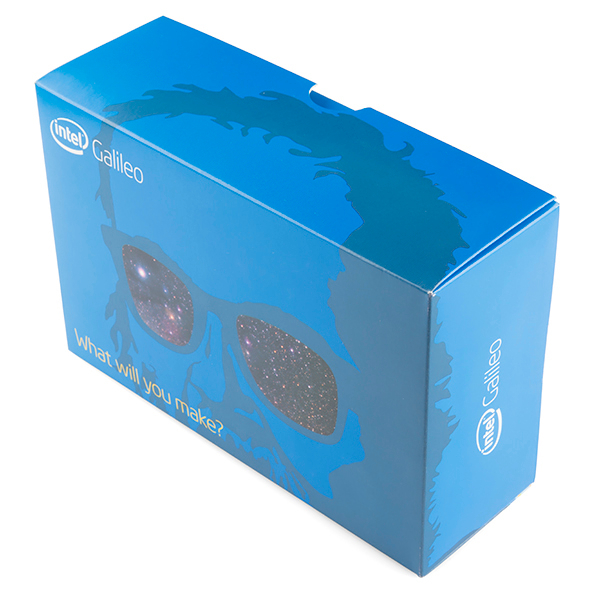 Retired DEV-12720 RoHS Open Source Hardware
Note: Retired Product
This product has been retired from our catalog and is no longer for sale. This page is made available for those looking for datasheets and the simply curious.

The Intel® Galileo board is based on the Intel® Quark SoC X1000, a 32-bit Intel Pentium®-class system on a chip (SoC). It is the first board based on Intel® architecture designed to be hardware and software pin-compatible with shields designed for the Arduino Uno R3.

The Galileo board is also software-compatible with the Arduino Software Development Environment, which makes getting started a snap.

The genuine Intel processor and surrounding native I/O capabilities of the SoC provides for a fully featured offering for both the maker community and students alike. It will also be useful to professional developers who are looking for a simple and cost effective development environment to the more complex Intel® Atom™ processor and Intel® Core™ processor-based designs.

Note: The Galileo does NOT come with a USB microB cable, this will need to be purchased separately. We are currently updating our photos to reflect this change by Intel®.