Retired SEN-14186 5
Note: Retired Product
This product has been retired from our catalog and is no longer for sale. This page is made available for those looking for datasheets and the simply curious. 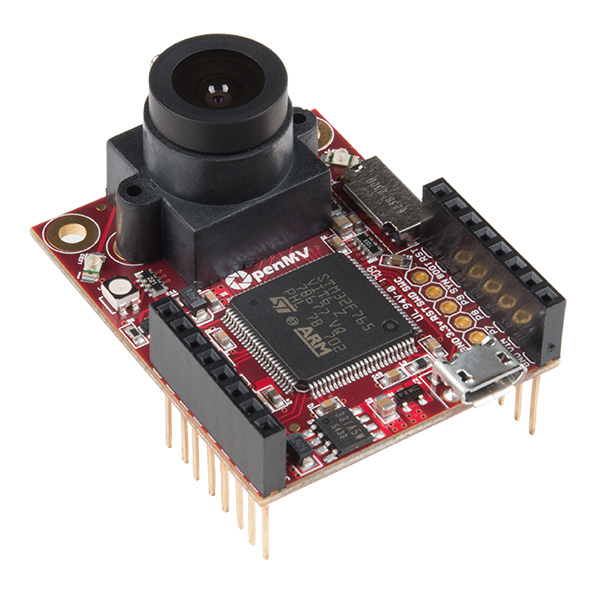 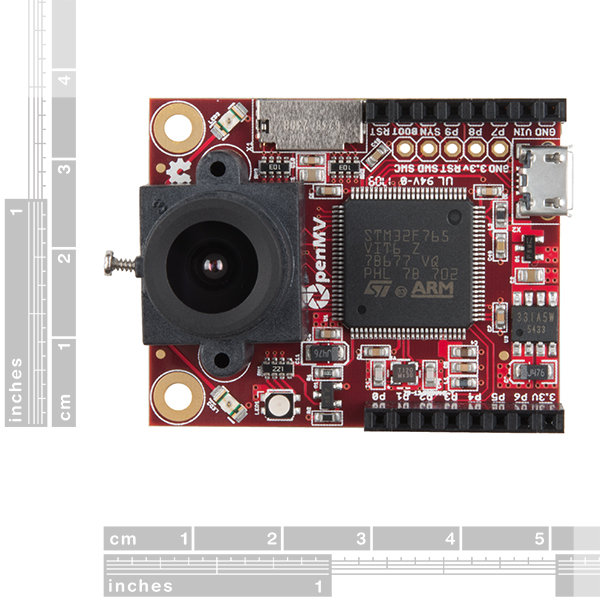 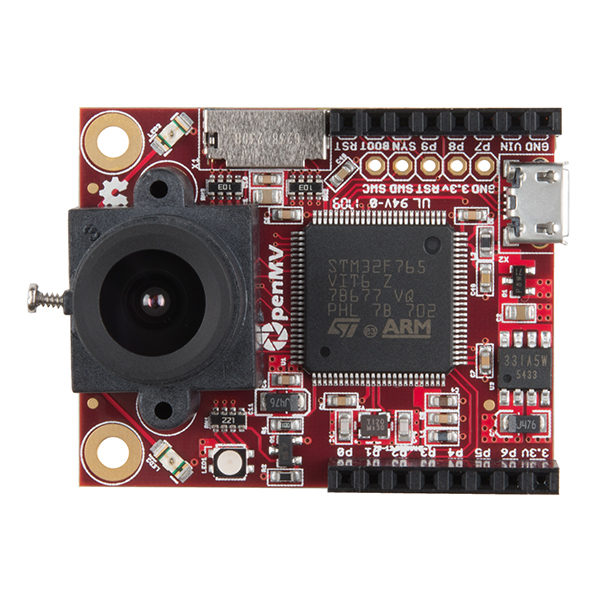 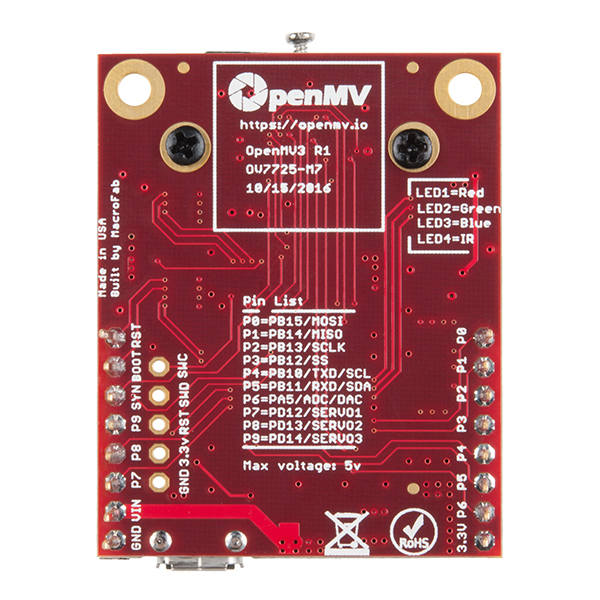 Retired SEN-14186
5
Note: Retired Product
This product has been retired from our catalog and is no longer for sale. This page is made available for those looking for datasheets and the simply curious.

The OpenMV M7 Camera is a small, low-power microcontroller board that allows you to easily implement applications using machine vision in the real world. The best part about the OpenMV is that it is not only capable of image capture, but also face detection, color tracking, QR code reading and plenty more. If you are looking for an economical camera module boasting multiple high-end features, look no further than the OpenMV M7!

The OpenMV can be programmed in high-level Python scripts (courtesy of the MicroPython Operating System) instead of C/C++. This makes it easier to deal with the complex outputs of machine vision algorithms and working with high-level data structures. You still have total control over your OpenMV M7 and its I/O pins in Python. You can easily trigger taking pictures and video on external events or execute machine vision algorithms to figure out how to control your I/O pins.

about 5 years ago by Member #535232 verified purchaser

Great product that delivers exactly on its intent at a really affordable price. This is a compact, complete machine vision system that works right out of the box. The example code in the IDE provides a variety of functional object recognition, and is easy to tweak into what you want.

Would love to see built-in text recognition, similar to the included QR, ARtag, and barcode readers.

This thing is AMAZING!

I was able to easily use the examples provided to get my Parallax ActivityBot to follow a yellow ball, and use it's AprilTag features to set up localization - basically it was like I had miniature indoor GPS for my ActivityBot. I am confident I will, with a bit more effort, get something close to a SLAM implementation. SO COOL!! Very happy with this module!

about 5 years ago by Member #297809 verified purchaser

I downloaded the software and plugged in the camera and got it working after a few minutes of trial and error. A more detailed step by step tutorial would be helpful. You have to adjust the focus until you actually "see" something. The example programs show you some of the capabilities - which are numerous. The 1st example program (hello world) had some timing statements that gave errors when I tried to upload the program. Got it working after commenting them out.

The code is in python - which is enough like C++ that it isn't a problem. The camera is a "sensor" object and you manipulate its attributes like objects in C++. If you're not familiar with python but understand OOP in C++ you won't have any problems.

Right now I'm just playing around with it to get more experience. It works great.

It works so easily

about 5 years ago by Member #410119 verified purchaser

Upgraded, Tested a few examples(colors, face recognition...) Everything just great. A few weeks more and I'll try to use the arduino with it.