Retired CLS-09975
Note: Retired Product
This product has been retired from our catalog and is no longer for sale. This page is made available for those looking for datasheets and the simply curious. 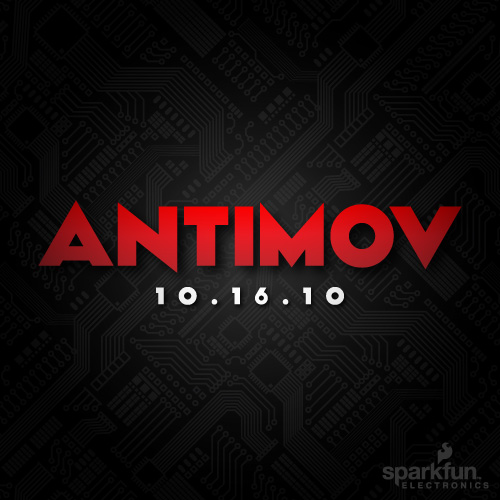 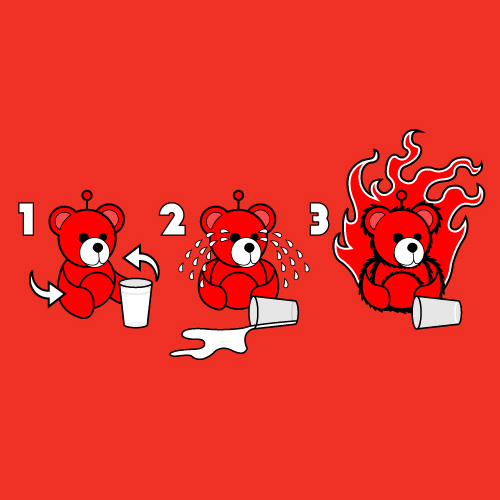 Retired CLS-09975
Note: Retired Product
This product has been retired from our catalog and is no longer for sale. This page is made available for those looking for datasheets and the simply curious.

Do you love robots? Do you love destruction? Are you tired of the same old robot competitions? We've got just the thing for you: the SparkFun Antimov competition! Based on Isaac Asimov's Three Laws of Robotics, the Antimov competition challenges you to design a robot which breaks the laws of robotics (well, except for hurting humans of course). A robot is traditionally designed to perform a complex task as efficiently as possible. Building a competent and efficient robot that completes its task unharmed is SO last year.

We want you to build a robot that completes a trivial task in the most inefficient and laborious way possible. Oh yeah, it needs to destroy itself doing so. Intrigued? We thought so! We ultimately wanted a competition that focuses less on engineering abilities and more on creative ingenuity.

Rules: **This an incomplete list and is subject to change. **

**Scoring: **Scoring will be based on a set four criteria, listed below. Each category is 25 points for a possible total of 100 points.

Prohibited Items: This is a partial list only. Each applicant will be required to send in a project proposal for review by a third party safety panel. Don't worry, the day-of judges will have no prior knowledge of your performance. If the delivered project is not as safe or safer than the proposed project the competitor will be disqualified. SparkFun reserves the right to prohibit any item or items it feels will compromise the safety of the competition, its participants, or spectators.

Video submissions are go! If you don't have the time or resources to come to Boulder and participate live, you can compete in the comfort of your own backyard. Here are the specifics:

**Prizes: **Of course you only do this for the glory, but a bit of foldin' money is good too. Here is how prizes will be awarded.

Okay, so we’re gonna be honest - you’re pretty good-looking. And there’s a chance, ever so slight, that we are going to want to use your likeness to show how beautiful people like SparkFun. For that reason, please don’t get mad at us if, five years down the line, there is a video on our website of you being chased by a burning robot. Because, a) like we said, you’re good-looking, and b) your face was probably pretty priceless as you dove into the pond trying to escape.

We also might take some pictures and videos of you or your robot (if you bring one). We might even use these on our website or in an advertisement, or take out space in Times Square with a 500-foot tall image of your face (though not too likely). But by coming onto the SparkFun premises today, you understand all of the above things could happen, and you’re agreeing to keep your cool if it does.

By coming onto SparkFun premises during this event, you acknowledge that you are a death-defying, fun-loving, thrill-seeking electronics enthusiast that may or may not leave unharmed. We like you, but we can't be responsible if you somehow get hurt. You also understand there are awesome/potentially dangerous robots acting around under their own control. At any given time, these bots may end up charging full-speed in your direction. There is also a chance the machines will group together, à la Terminator, and rise against us – but we really hope not. Either way, we're not really sure what's going to go down, so don't say we didn't warn you.

Basically, anything can happen – so be prepared and have an awesome time! May the best team win!