Brighter than the LED Starter Kit but not quite packing the punch of the über bright Luxeons, the Tri-Color LED Breakout Kit lets your geek shine. If you need something large, bright, and colorful to cast your project in the best light, look no further than the Tri-Color LED Breakout Kit. With superbright LEDs it can blind brighten just about anything! Here we have everything you need here to get you up and running with it quickly.

Additionally, you will need a few tools for assembly:

Since the Tri-Color LED Breakout is simply a breakout there are many, many ways you can use or control it. However, for this guide you will find the following helpful:

The Tri-Color LED Breakout Kit is a simple kit designed to allow control of very bright LEDs which draw more current than the pins of a microcontroller can provide. Each LED has transistor to switch the 5V source to the LEDs. There is also a current limiting resistor to drive each LED as close to their 80mA maximum as possible. Check out the schematic to see it all laid out.

How to Use it: 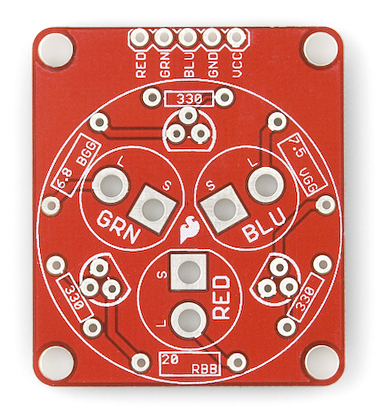 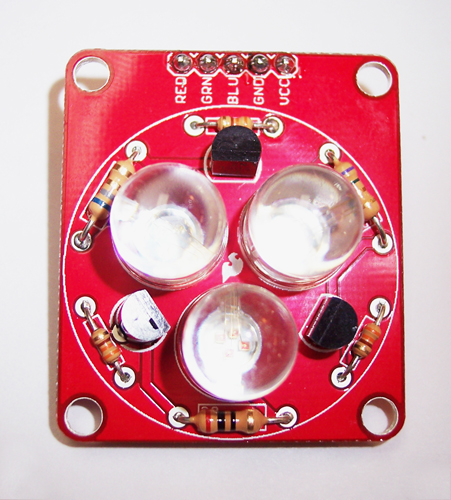 You can treat the board like a simple LED breakout because the transistors are pre-configured for use with a low current digital signal.

Now that everything has been hooked up, we're ready to control it with our Arduino. First, you will need to install the Arduino IDE if you haven't already. This will allow us to load example code and control our LEDs. Check this tutorial if you need more help installing the Arduino IDE.

That should be all you need to get your lights shining.