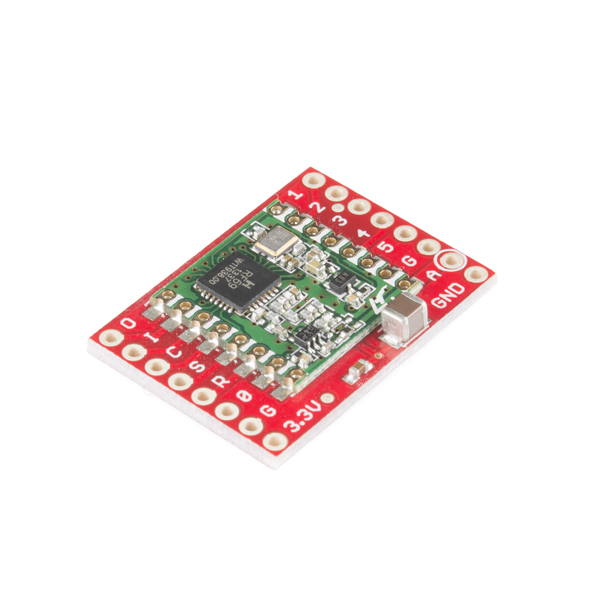 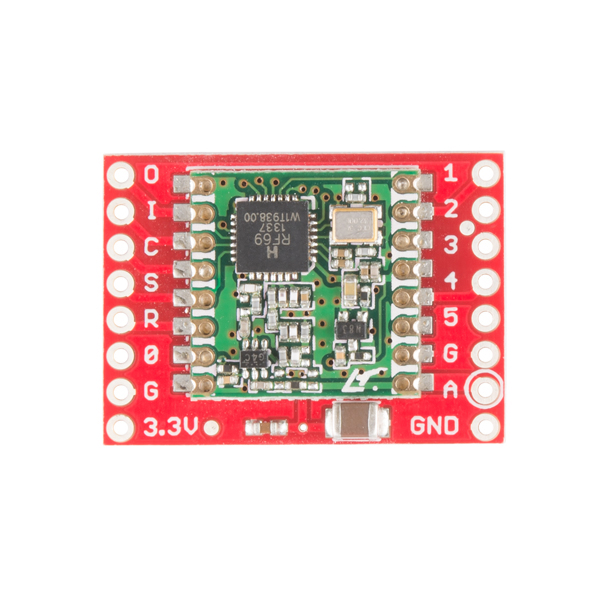 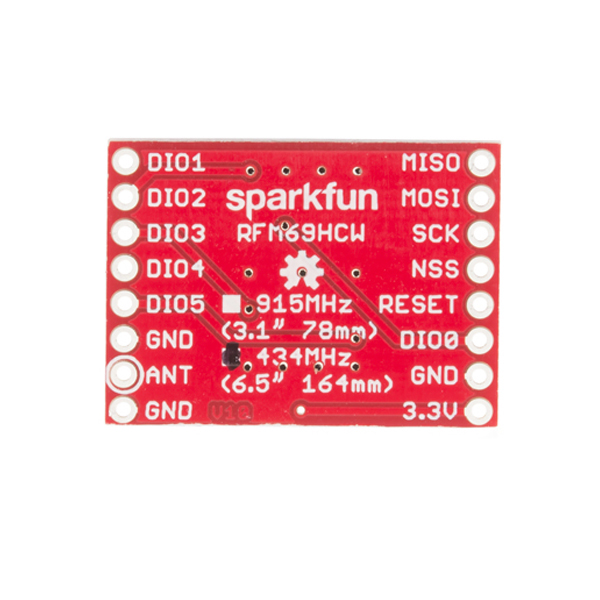 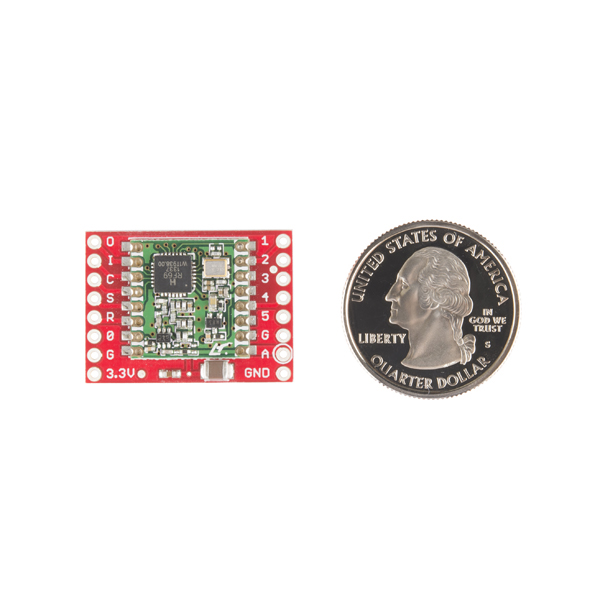 This is the SparkFun RFM69 Breakout, a small piece of tech that breaks out all the pins available on the RFM69HCW module as well as making the transceiver easy to use. The RFM69HCW is an inexpensive and versatile radio module that operates in the unlicensed ISM (Industry, Science and Medicine) radio band. It's perfect for building inexpensive short-range wireless networks of sensors and actuators for home automation, citizen science and more.

This RFM69HCW operates on the 434MHz frequency and is capable of transmitting at up to 100mW and up to 300kbps, but you can change both of those values to fit your application. For example, you can maximize range by increasing the transmit power and reducing the data rate, or you can reduce both for short-range sensor networks that sip battery power. At full power and with simple wire antennas, we can get messages from one side of a large office building to the other through numerous internal walls. In open air you can reach 500 meters or more. With more complex antennas and modulation schemes, similar parts have successfully transmitted from space to the ground (by very smart amateur radio enthusiasts; your mileage may vary)!

The RFM69HCW uses an SPI (Serial Peripheral Interface) to communicate with a host microcontroller, and several good Arduino libraries are available. It supports up to 256 networks of 255 nodes per network, features AES encryption to keep your data private, and transmits data packets up to 66 bytes long.

SparkFun sells two versions of the RFM69HCW: a 915MHz version and this 434MHz version. Although the ISM band is license-free, the band itself is different in different areas. Very roughly, 915MHz is for use in the Americas, and the 434MHz version is for use in Europe, Asia and Africa. Check your local regulations for other areas.

Get Started with the RFM69HCW Hookup Guide

How to Build a Remote Kill Switch

Learn how to build a wireless controller to kill power when things go... sentient.
Favorited Favorite 18

The RFM69HCW is an inexpensive transceiver that you can use to create all kinds of wireless projects. This tutorial will help you get started.
Favorited Favorite 14

Using the RFM69 Breakout with Arduino Yun and Leonardo

If you need to use this with a Yun, (or Leonardo) it can be done. First, connect your SPI pins to the ICSP header. CS in the library on a Yun is not on pin 10. It's on the RX LED. See this picture for a connection diagram. You might want to edit the library code to move CS to a more convenient location.