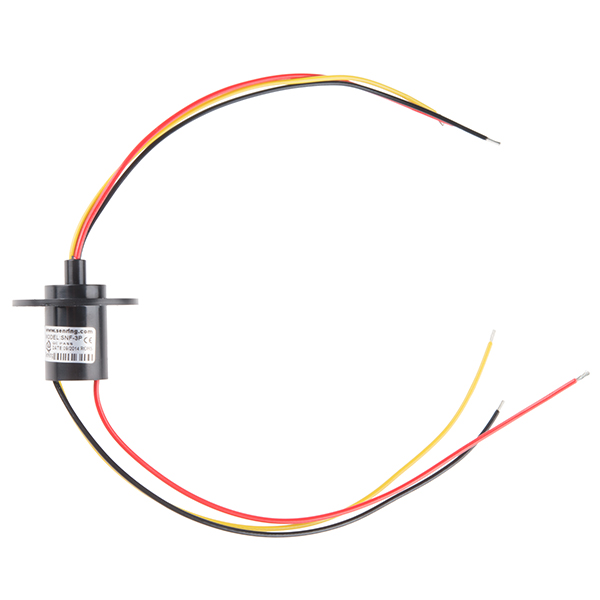 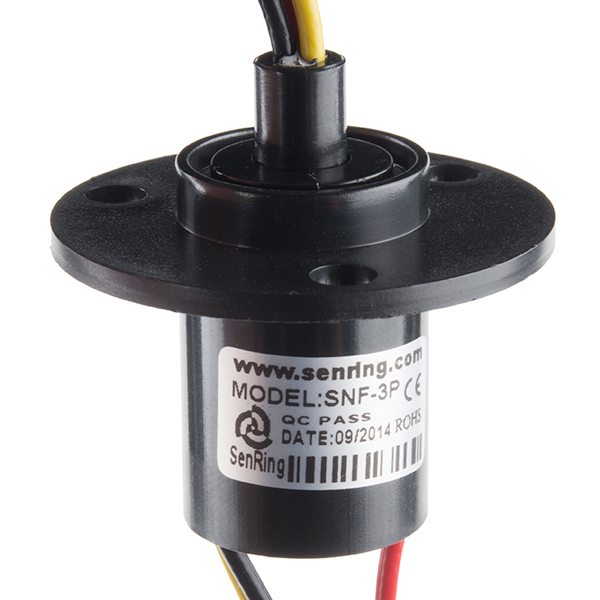 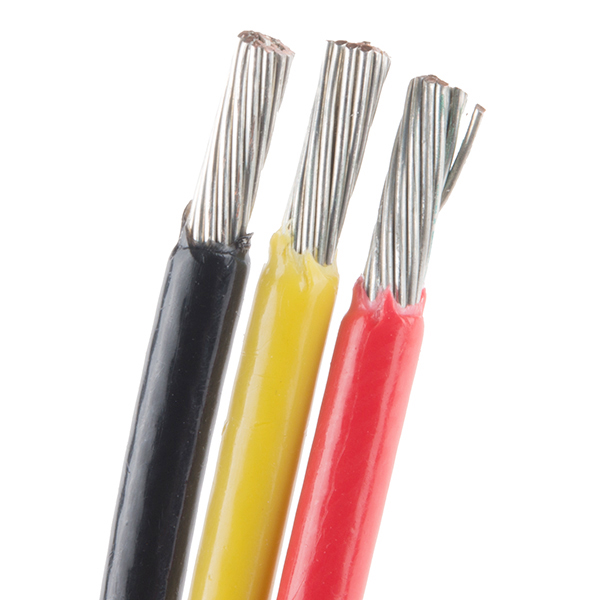 This is a 3 wire slip ring, a remarkably simple electromechanical assembly that allows for electronic signals and power to be passed through its rotating innards. Commonly, you'd find slip rings in wind turbines, radar antennae, or anything else that requires continuous 360° rotation while maintaining an electrical connection. This particular slip ring provides you with a compact body with precious metal alloy fiber brush to silver plated ring contacts inside. We like using these slip rings to specifically transfer power in our spinning projects because regardless of the wires position in its rotation the power remains consistent!

Each slip ring is capable of handling a continuous working speed of 250RPM, a current rating of (a whopping) 10A, and an operating voltage of 380VDC/AC. We aren't kidding about how compact this little guy is, with only and outer diameter of 22mm for the body an 44mm diameter flange, you should have no issues fitting these into your next project. Additionally, the 250mm stranded wires protruding from each side of the slip ring have a thickness of 16AWG while the whole assembly has a water protection rating of IP51.

Note: We have used these Slip Rings at 15A with no issue.

For whose who have seen the video, and want to recreate Nick's camera rig, or something like it, here is the parts list, and how they're attached. The full rig

Nice way to de-couple power on a droid

about 5 years ago by Member #810725 verified purchaser

Smooth and heavy gage wire. Easy to mount and effectively decouples power to a rotating member on a droid. Fast delivery from Sparkfun too.

Easy to work with design and operation. Inexpensive compared to other alternatives. Bottom line - nice product.