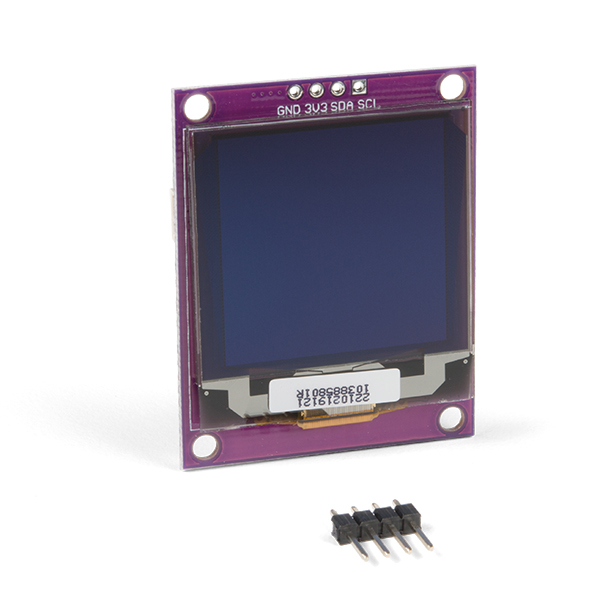 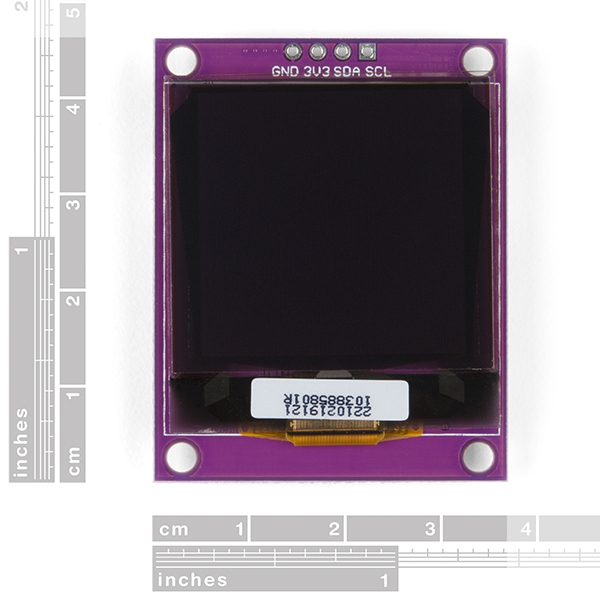 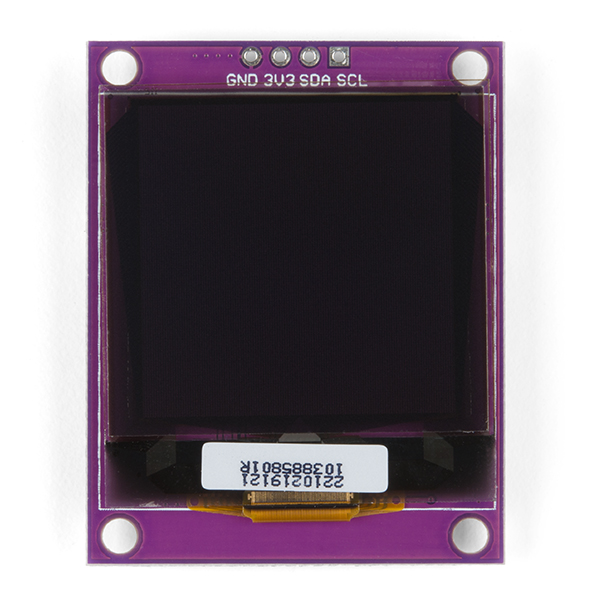 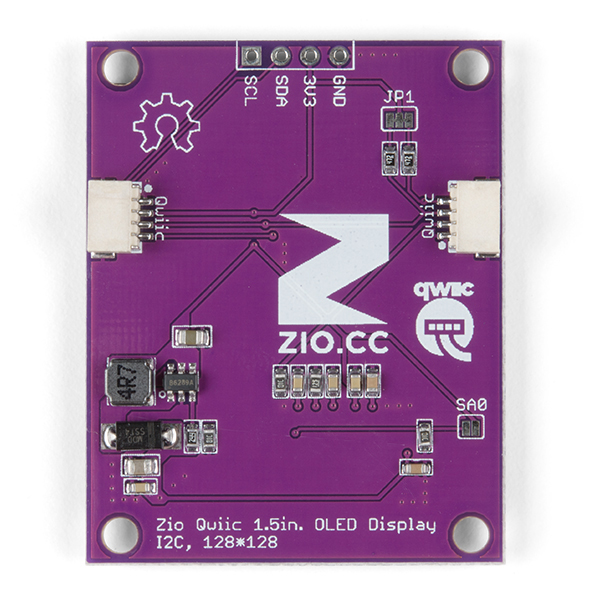 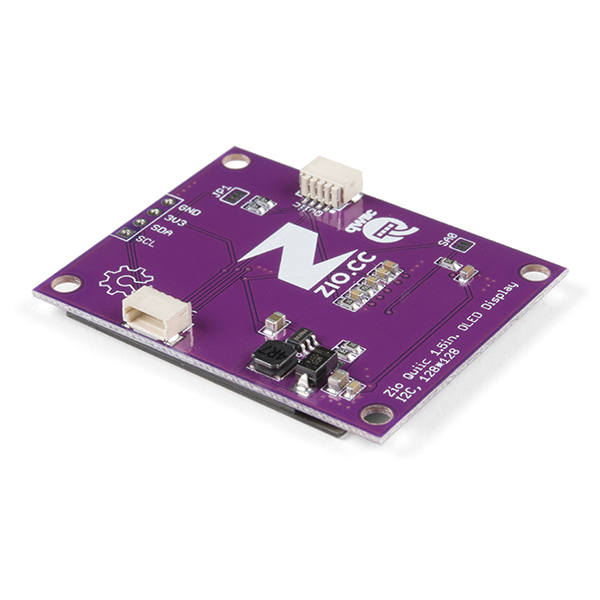 Here is the Zio Qwiic 1.5inch 128 x 128 pixels OLED display module. It can display a maximum of 16 lines of text content, and display pictures and animation on its 1.5-inch display. On the backside, there are two Qwiic connectors. With the Qwiic connect system no soldering is required to connect it to the rest of your system.

Fit for use in small embedded systems, and also suitable for any projects that require displays of any kind, this screen is a must-have for Makers to include in even as one of their wearable DIY projects.

Nice and easy to use display showing status and sensor values of my robot. As I have been not sure how big or small the text is on the display I purchased also the smaller version of the display. Maybe it would be good to show a picture with text to get a better visual impression about text size.

Nice OLED but docs are a bit confusing

about a year ago by Member #45041 verified purchaser

First, this OLED does everything I need it to do and setting it up was easy. I love it.

There are a few of things that you need to know:

about a year ago by Member #112823 verified purchaser

I was surprised to discover that this is a greyscale display, and not just monochrome as one of the product tag mentions. I'm using the framebuffer-based Python library (MicroPython really) with a Tinypico (ESP-32), available on GitHub under mcauser/micropython-ssd1327.

First, the positives: the Qwiic connector is always a pleasure to use, I really appreciate the solid connector without having to add headers and jump wires. The display is bright and pretty large, and the library is super easy to use.

Now for the downsides. This is not a black-and-white display, but actually supports 16 levels of greyscale. While this sounds like a great feature, it makes this display incredibly slow. You can actually see it refresh the screen in real-time and I've consistently measured the refresh time at 0.277 seconds. That's less than 4 frames per second if you intend to display any sort of animation, and be aware that each frame is not displayed all at once but line by line from the top of the display. And no, this is not due to the driver sending many commands in a row, it's framebuffer-based meaning that it writes bytes to a display buffer and then sends a single command to make the screen display this data.

If you do this:

To be honest, this insanely slow refresh rate and the fact that frames aren't displayed all at once but top to bottom is really a deal-breaker for me. I was hoping to have a live graph of sensor data on this but it's just not at all possible with this display. I haven't looked through the whole 68 pages of the datasheet yet to see if it's possible to use it in black & white only and if maybe that would be faster; at least the current client library doesn't support such a mode so I'd need to add it.

Also, neither positive nor negative: just be aware that this page mentions that the I²C address is 0x78 or 0x7A, this is not the case. The address is 0x3C like several other similar displays I've used in the past like the Frienda OLEDs. Not a big deal but use the scan feature on your I²C object if it has one.

A good quality display for showing pressure reading values for my syringe pump. I thought the dimensions were a little big though so I switched to the smaller version as my project was more compact. I think the larger screen would work better for projects bigger in size so it would not be too heavy to attach.