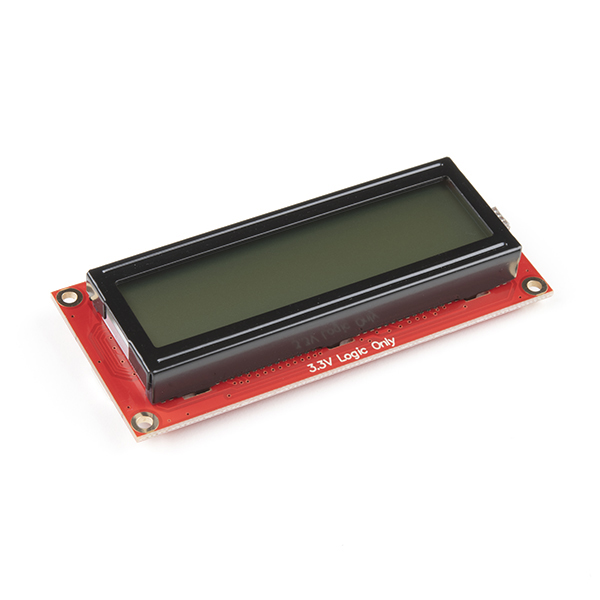 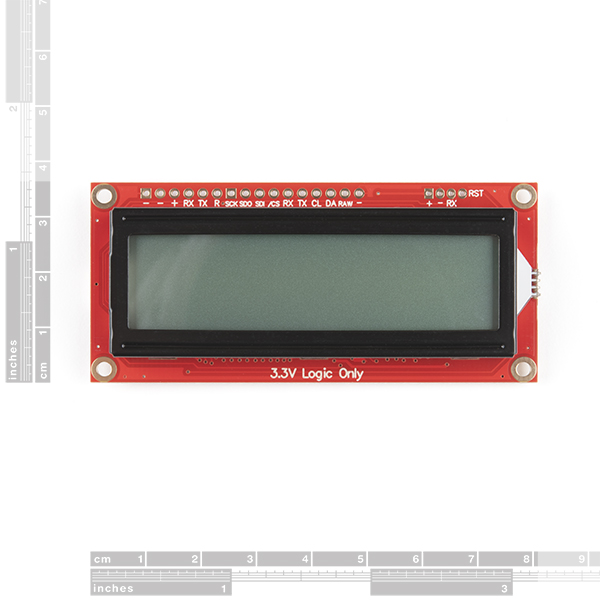 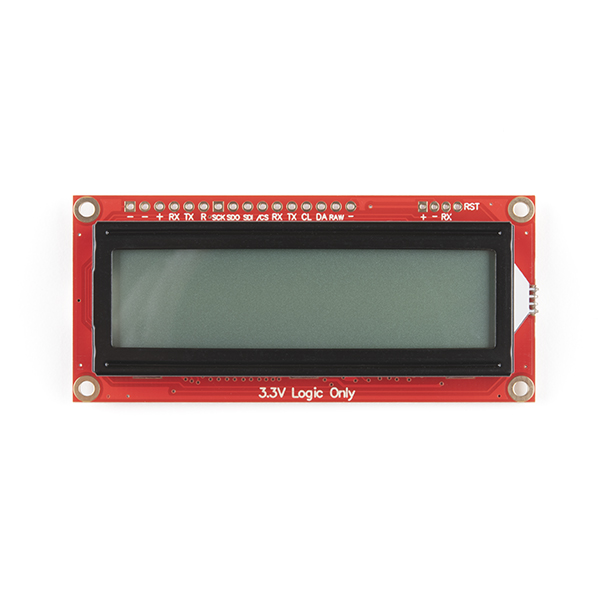 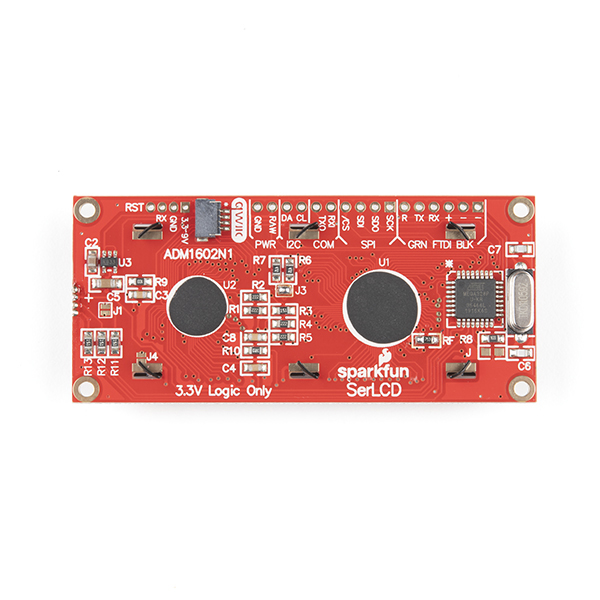 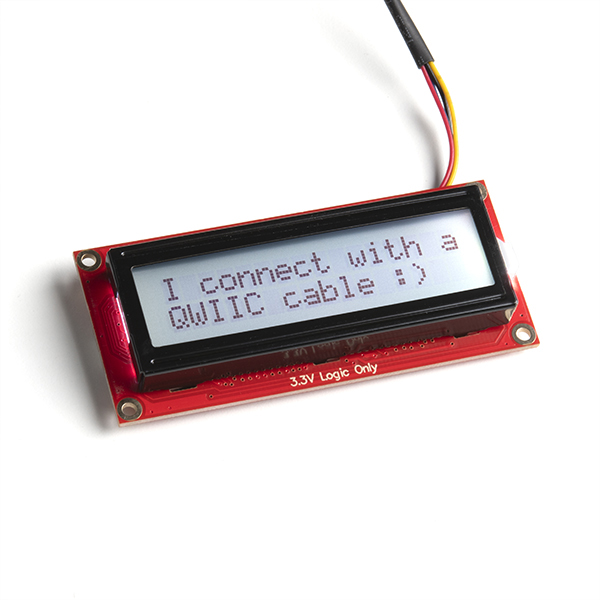 The SparkFun SerLCD is an AVR-based, serial enabled LCD that provides a simple and cost effective solution for adding a 16x2 Black on RGB Liquid Crystal Display into your project. We've seriously overhauled the PCB design on the back of the screen by including an ATmega328P that handles all of the screen control, meaning a backpack is no longer needed! This display can now communicate in three different ways: serial, I2C, and SPI. This version comes equipped with a Qwiic connector, bringing serial LCDs into the Qwiic ecosystem. This simplifies the number of wires needed and allows your project to display all kinds of text and numbers.

The on-board ATmega328P AVR microcontroller utilizes 11.0592 MHz crystal for greater communication accuracy with adjustable baud rates of 1200 through 1000000 but is default set at 9600. The firmware for this SerLCD is fully opensource and allows for any customizations you may need.

Note: Since the SerLCD is a 3.3V device, please make sure you convert to 3.3V logic depending on your chosen microcontroller or single board computer. Otherwise, you may risk damaging your board.

Get Started with the SparkFun SerLCD Guide

Exactly what I needed... with some tinkering

about a year ago by Member #1709405 verified purchaser

For most people: The LED switching time is fast and the color representation is great. The libraries are very nice and the range of options is more than you will most likely need. I love this little device and will be using it for a long time to come. If you are working in a high-speed location you may need to modify the firmware for outward development tasks. one such example is changing the contrast displays a message about changing the contrast for a brief moment, it's nice to just skip that altogether. It allows me to do everything I need at minimal cost compared to building my own, and a lot less time. I would buy it again.

For non-Arduino users: CONS: There is one MAJOR downside. This LCD has pull-up resistors... Now that doesn't seem that bad, but if your microcontroller has pull-up resistors as well, you most likely need to remove them from this board. There is no documentation on which resistors are the pull-up resistors and which jumper they are connected to. I would put that here but for fear of iterating designs, I will let you look through the forums at the time of your purchase. It's frustrating to get a product and have to run around with a multimeter trying to find the pull-up jumper that should just have been labeled in the first place, or at least in the documentation.

PROS: I've been using this SerLCD with a custom STM32 microcontroller so I had to adapt all libraries and I2C commands to a new system. Other than missing a typical datasheet, the libraries were really nice! It was very simple to adapt them to a new system, and worked perfectly when switched. The ability to modify the firmware allowed me to speed up some processes that I wanted to, such as changing the contrast of the text of the device.

about 3 months ago by madbadger verified purchaser

I've got it hooked up to an MSP430 via I2c. It's easy to command and display text. I like that you can get pretty much any backlight color with the R G B setting. It's compact. I've used more than one.