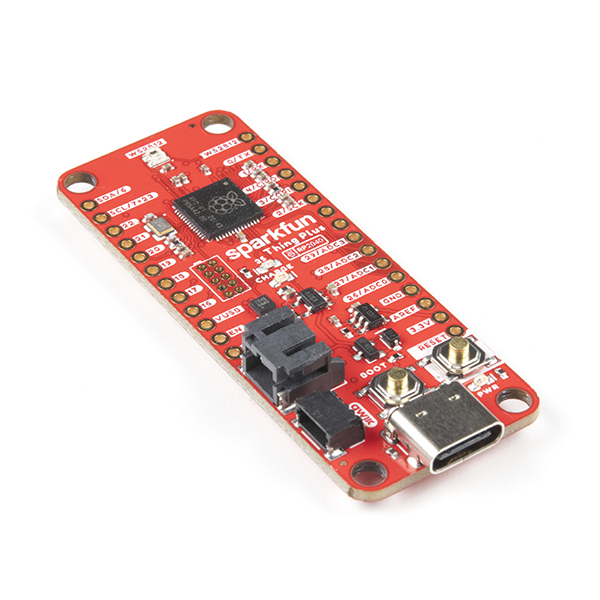 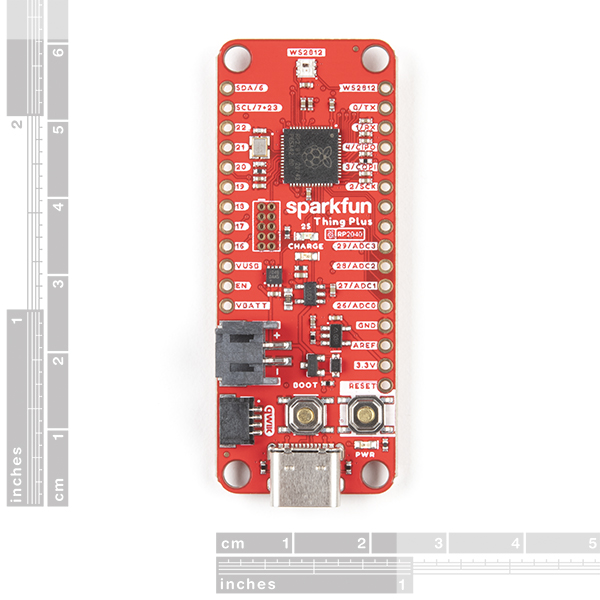 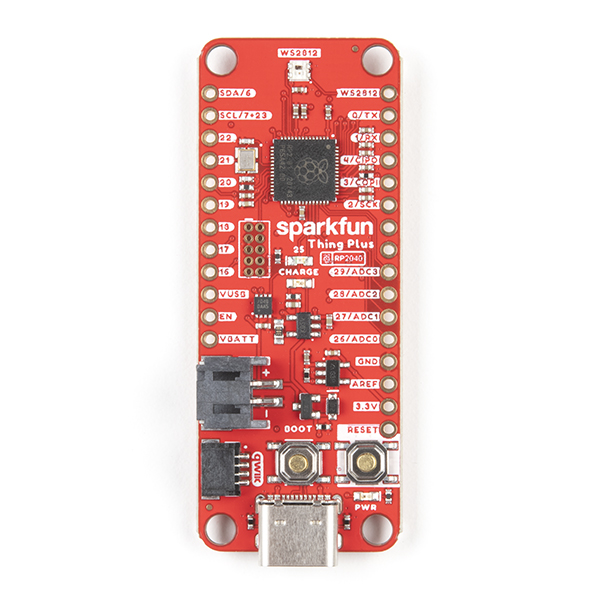 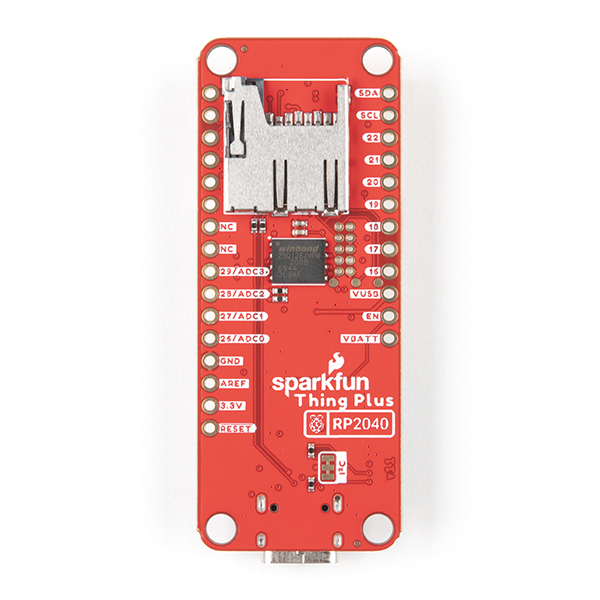 The RP2040 is supported with both C/C++ and MicroPython cross-platform development environments, including easy access to runtime debugging. It has UF2 boot and floating-point routines baked into the chip. While the chip has a large amount of internal RAM, the board includes an additional 16MB of external QSPI flash memory to store program code.

Get Started With the Thing Plus RP2040 Hookup Guide

1. Note: GPIO 08 is not included in this count, as it passes through the WS2812 addressable RGB LED first. GPIO 07 and GPIO 23 are counted as a single GPIO because they are tied together.↩

2. Note: The GPIO pins are programmable so you can reconfigure the pins! Check out the RP2040 datasheet for more information on the GPIO functionality.↩

Want to take a stab at advancing your programming skills? Check out the Thing Plus - RP2040, with the first microcontroller from the Raspberry Pi Foundation. This guide will get you started working with the RP2040 and programming in MicroPython and C/C++.
Favorited Favorite 1

It will be great with more software support

about 9 months ago by alpierce verified purchaser

As RP2040 support in MicroPython improves there will be more devices supported. Hopefully CircuitPython will be running on it soon also. That will instantly improve the driver availability for scores of devices.

about 9 months ago by Member #530353 verified purchaser