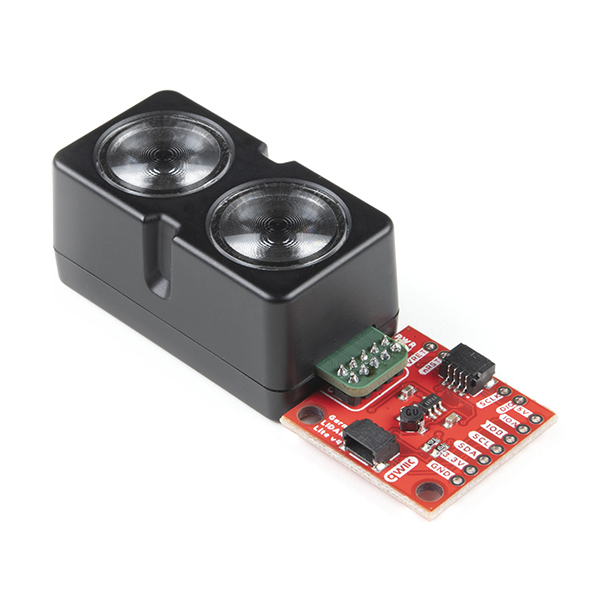 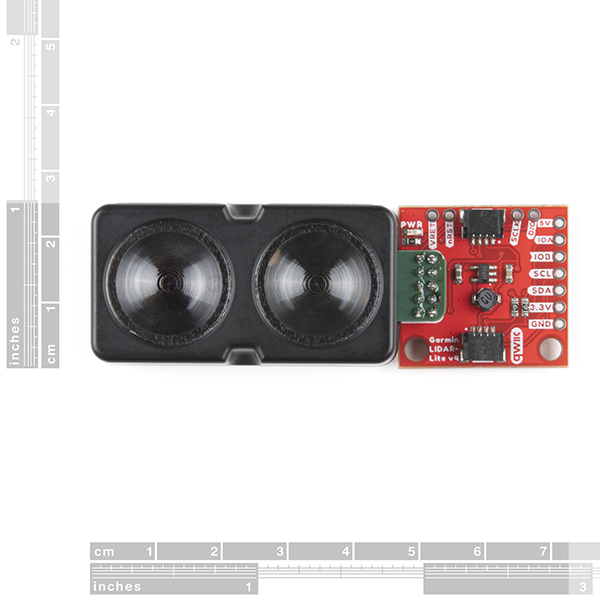 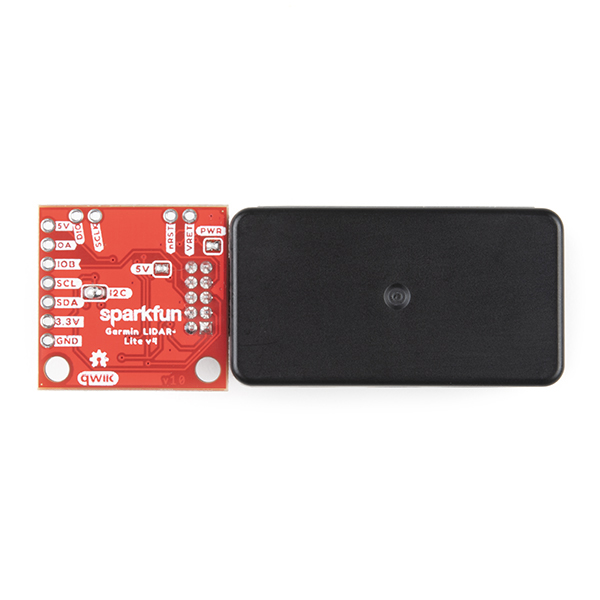 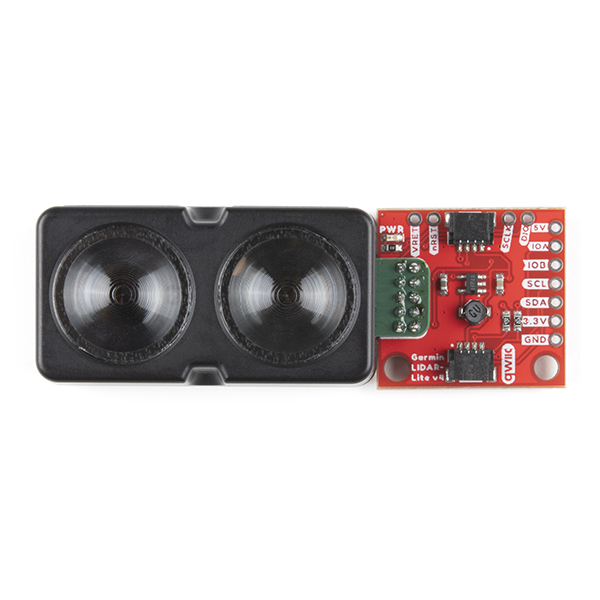 The LIDAR-Lite v4 Qwiic from GARMIN is a high-performance, wireless optical distance measurement sensor that doesn't require any soldering to get started. This is the ideal solution for drone, robot, IoT, or unmanned vehicle operations when space is tight and power is limited. This sensor has up to a 10 meter range, 1cm resolution, and requires 85mA during data acquisition. The user can read and write to the LIDAR-Lite v4 using the I2C protocol; this is where the addition of the SparkFun Qwiic system really shines. The LIDAR sensor requires 5V to operate but runs on 3V3 logic. With a 5V boost circuit and an easy-to-use Qwiic connector you can power the sensor and get distance measurements over Qwiic all with a single piece of hardware.

The LIDAR sensor works by sending out an infrared beam and measuring the time it takes to be reflected back. The LIDAR-Lite v4 utilizes LEDs rather than a laser for this iteration; therefore, it is inherently eye-safe under normal usage. The built-in nRF52840 microcontroller runs a pre-loaded "out of the box" stock application to calculate the distance between itself and something in front of it. The equipped nRF52840 also allows developers to create custom applications to expand on the "out of the box" functionality or connect to an external micro-controller running a custom user application.

The SparkFun LIDAR Lite v4 Arduino library makes getting data as easy as a call to the getDistance() function. The library also supports changing the I2C address of each LIDAR and provides an easy example of how to do so. Its low power-consumption and I2C address configuration means you can daisy-chain up to 10 of these sensors on one microcontroller platform.

Get Started With the Garmin LIDAR-Lite v4 (Qwiic) Hookup Guide

Connecting the Garmin LIDAR-Lite v4 to a microcontroller just got easier! Check out our hookup guide to get started.
Favorited Favorite 4