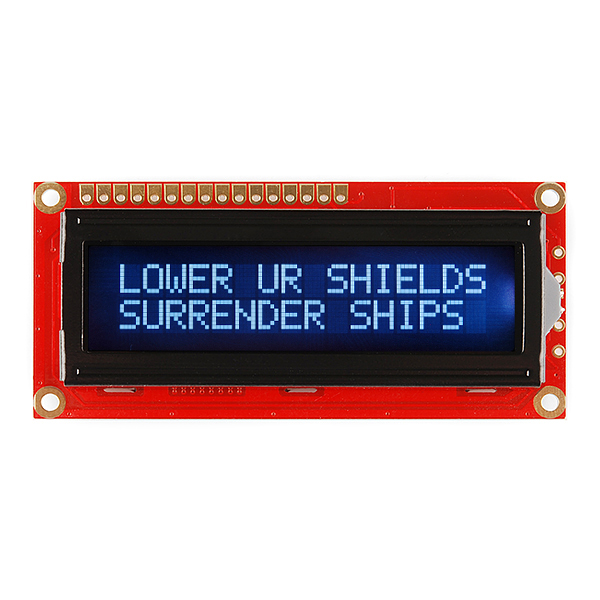 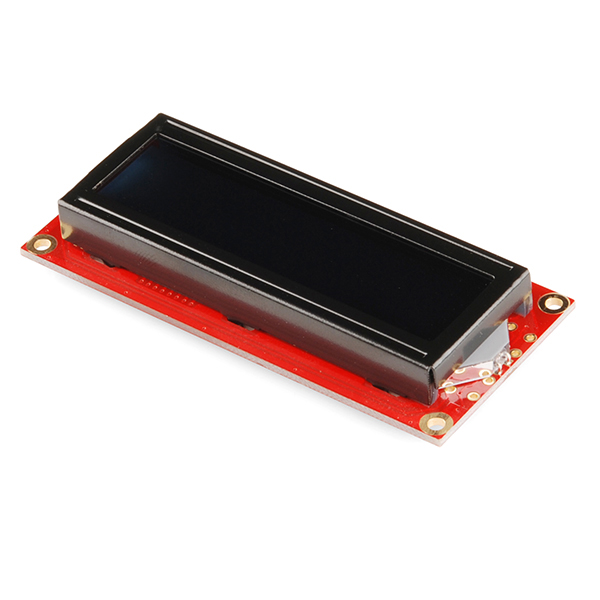 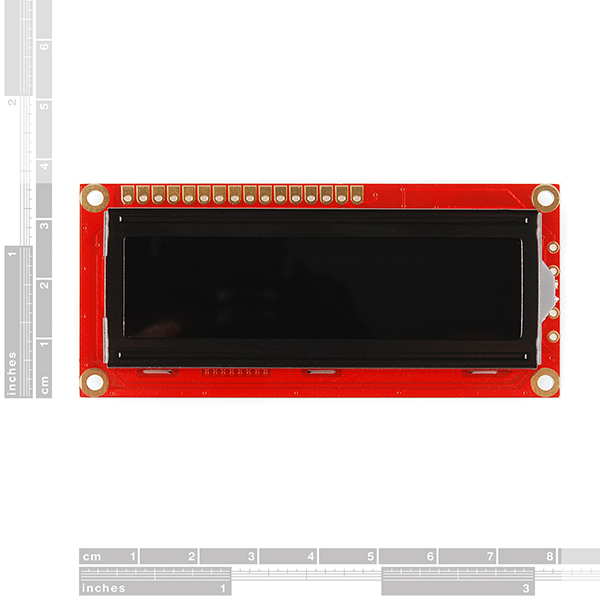 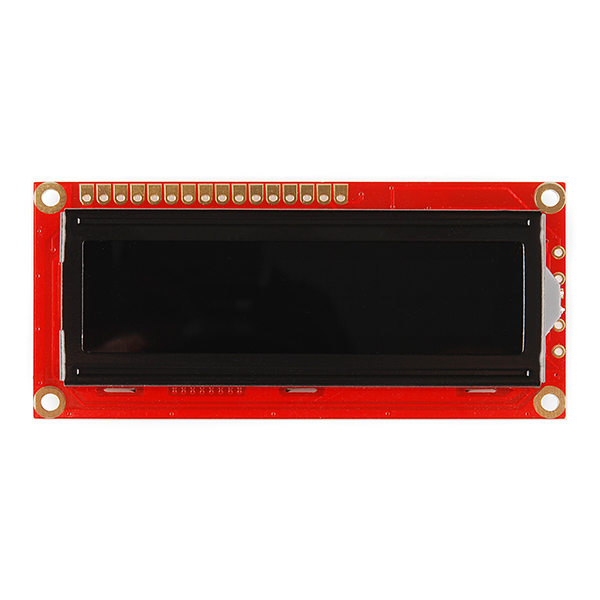 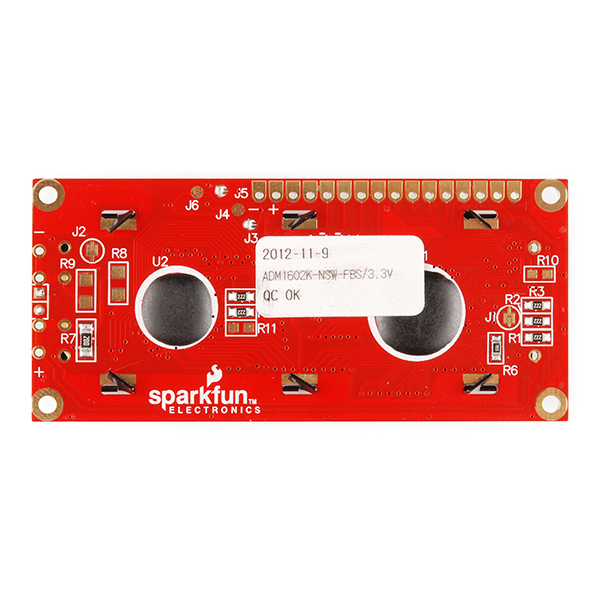 In stock LCD-09052 RoHS In Eagle Library
2
In stock 87 items in stock. Sale items are not eligible for quantity discounts.

This is a 16 character by 2 line display that runs at 3.3V. Utilizes the common ST7066/HD44780 parallel interface (datasheet). Interface code is widely available for many different controllers and systems. You will need ~11 general I/O pins to interface to this LCD screen. Includes white LED backlight.

Get Started with the Basic Character LCD Guide

Liquid crystal displays (LCDs) are a great way to output a string of words or sensor data to a display for visual feedback. In this tutorial, we'll learn about LCDs, how to print a string of words to a 16x2 basic character LCD and create custom characters.
Favorited Favorite 16

about 7 years ago by mattman00000 verified purchaser

At first I couldn't get it to work, then as I dug around the arduino.cc tutorials I noticed in the graphics they had that the board was rotated 180° from how I was attempting to use it. I had interpreted the - and + symbols on the board as being ground and Vcc respectively, going off of Peter Fleury's webpage linked in the article, when in fact they were actually the backlight LED cathode and anode (respectively). For anyone who might have less technical knowledge than me, I'll simplify this paragraph by saying that the LCD screen's letters rightside-up have the pins above them, and said pins are numbered increasing left to right, so that if you number the screw-hole closest to the pins as 0, the rest work out correct in accordance with Peter Fleury's page, with the addition of pins 15 and 16 as backlight LED + and - respectively

Also I'm curious to know how consistent the contrast-voltage-to-actual-contrast ratio is so I'll share that my LCD screen works close to best with a 0V - 820Ω - Vcontrast - 3300Ω - 3.3V voltage divider setup.

Also also, when Sparkfun says you'll "need ~11 general I/O pins to interface to this LCD screen" that doesn't account for the fact that you mostly don't need to "read" data from an LCD display and that it works fine for everything I've tried it out with in 4-bit mode, so you really only need Register Select (R/S pin 4), Enable Clock (E pin 6), and Data 4-7 (pin 11, 12, 13, 14), with Read/Write pin 5 driven to ground which adds up to 6 pins, 8 including ground and 3.3V. I've found it quite useful that it can be run entirely over a spare ethernet (8P8C RJ-45 tested with Cat5e) cable with the proper breakout boards.

about 7 years ago by Member #542223 verified purchaser

It's really nice to be able to use an LCD display with lower-voltage development boards with no hassle about signal levels. Though I prefer to power my displays from a separate rail, it's no big deal, since the low-voltage boards usually run off 5V anyway. Thank you for offering a 3V version of this classic visual output device!