Retired KIT-11043 RoHS Open Source Hardware 2
Note: Retired Product
This product has been retired from our catalog and is no longer for sale. This page is made available for those looking for datasheets and the simply curious. 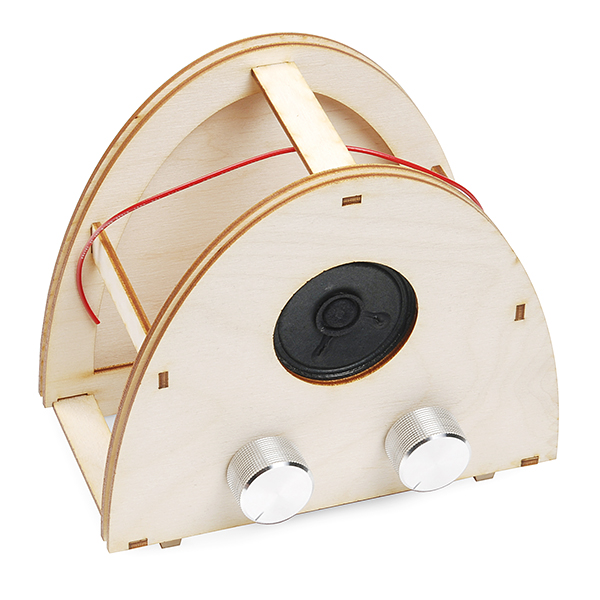 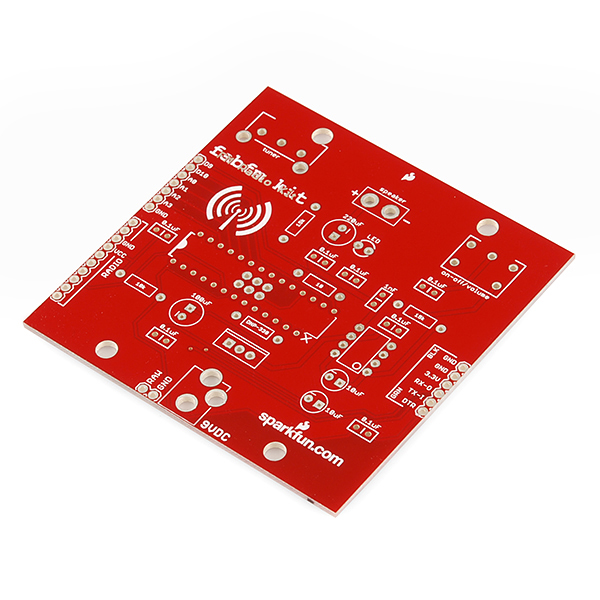 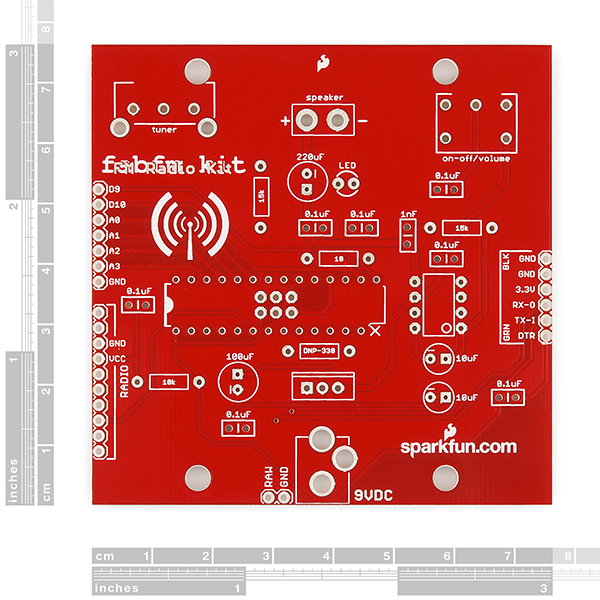 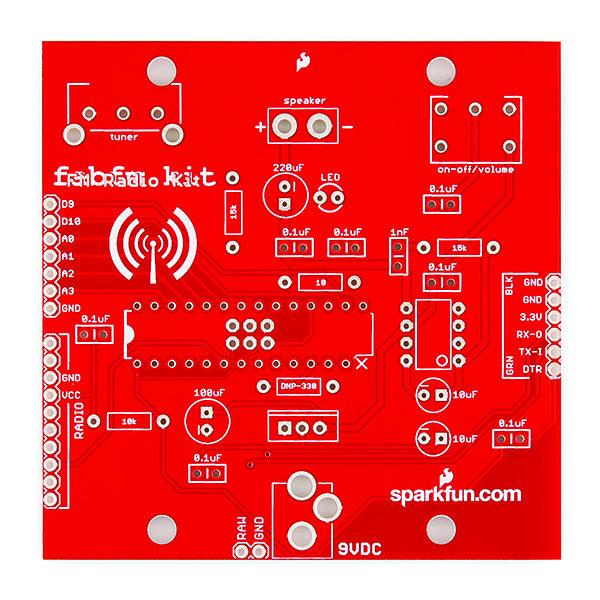 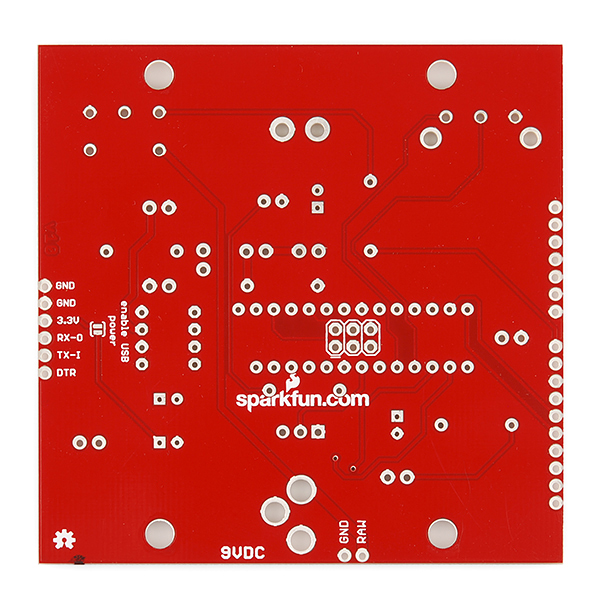 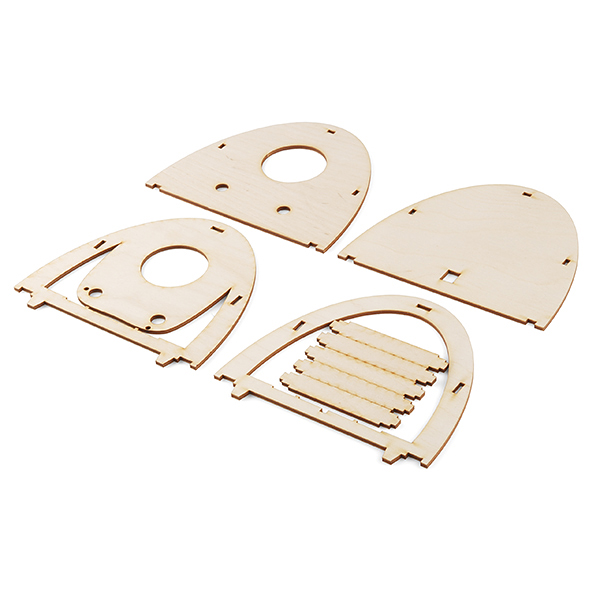 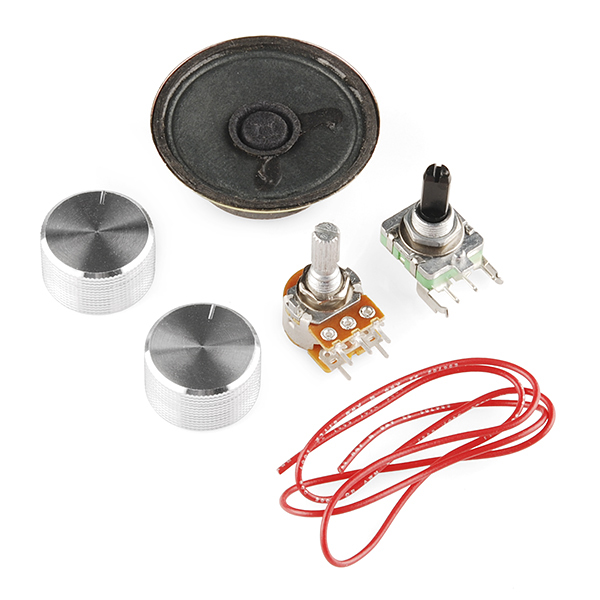 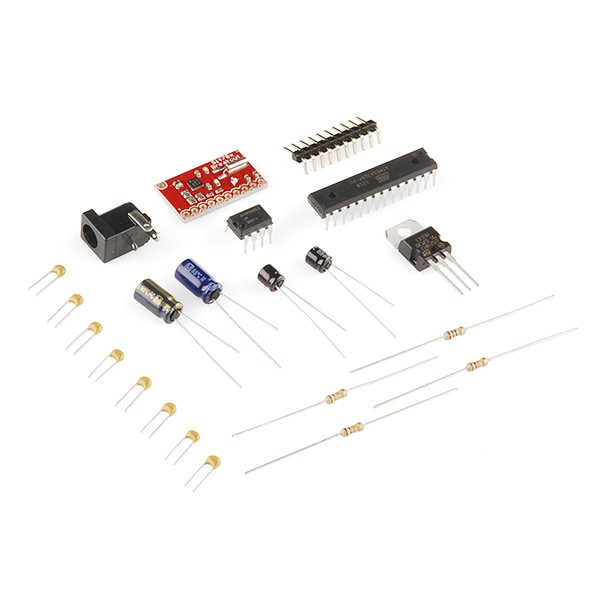 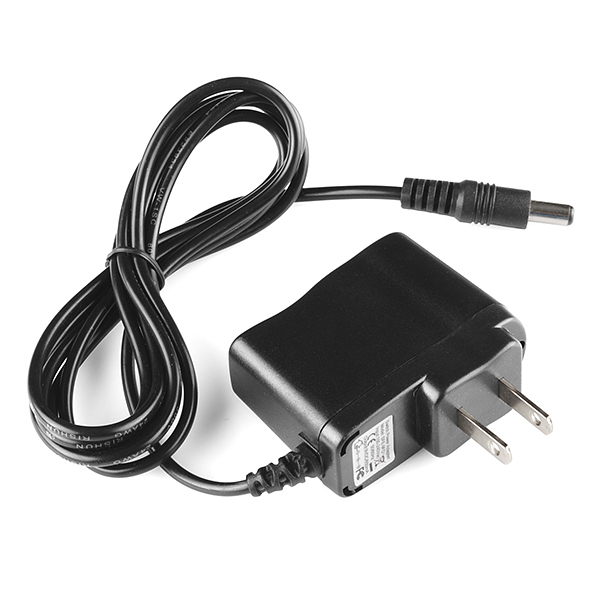 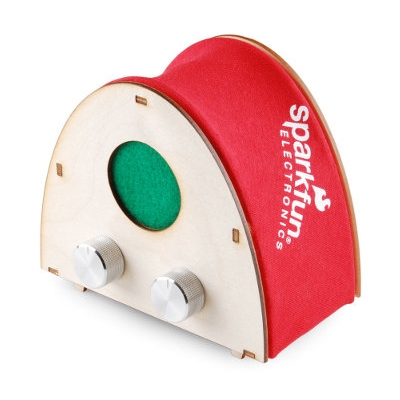 Retired KIT-11043 RoHS Open Source Hardware
2
Note: Retired Product
This product has been retired from our catalog and is no longer for sale. This page is made available for those looking for datasheets and the simply curious.

The FabFM is a stylish FM radio kit that you can build with just basic soldering tools! The PCB is all PTH, meaning that even a beginner solderer can put this kit together with a little time. Simply solder the parts in place and you're ready to construct your enclosure. The wooden, laser cut frame doesn't take any tools or glue to put together, each part press-fits into another!

Once you've put everything together, you'll have a fully functioning, old-school style FM radio! The controls are simple: One knob controls the volume of the radio and the other controls the tuning. The controlling firmware is written in Arduino and can be easily modified if you want to tweak the settings (for instance, European customers will want to adjust the band settings) making this kit super hackable!

You can even dress things up a little bit by adding some fabric to the enclosure to cover the electronics, or painting/staining the plywood to showcase the electronics! Check out the Wiki below for more information on building, hacking and modifying your FabFM!

**Note: **This product is a collaboration with David Mellis and Dana Gordon. A portion of each sales goes back to them for product support and continued development.

about 8 years ago by Member #555631 verified purchaser

This was a fun project that I completed with my 10 year old daughter. She loves having her own radio which isn't a digital device (not an ipod or some gadget). I realize that it actually is a digital device but it feels more real. The only thing I would say is that it requires lots of soldering and some of the pins are close together which can be challenging to the novice.

about 6 years ago by Member #506967 verified purchaser

I assembled this with my 12 year old and it was his first soldering project. Great Project to start with!