Retired DEV-11260 RoHS In Fritzing Library
Note: Retired Product
This product has been retired from our catalog and is no longer for sale. This page is made available for those looking for datasheets and the simply curious. 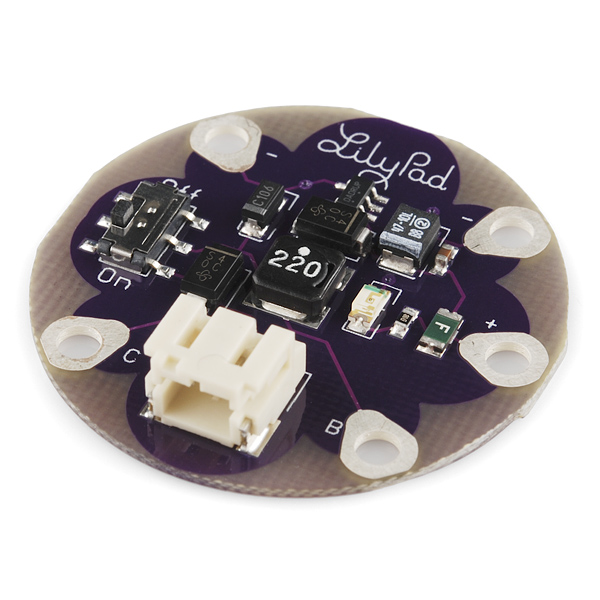 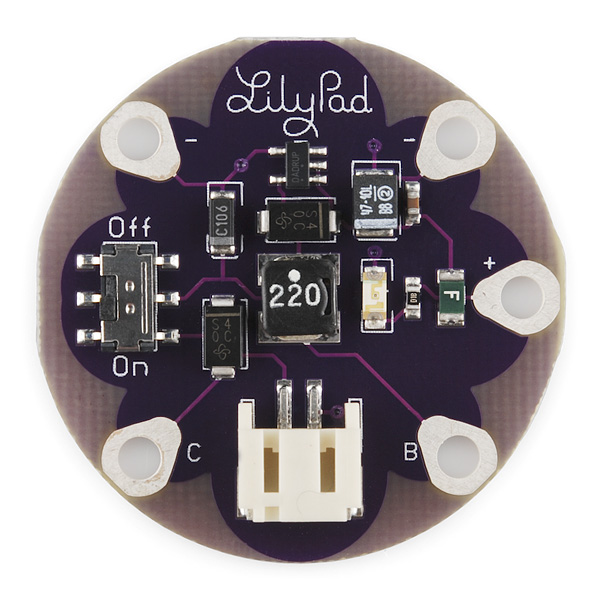 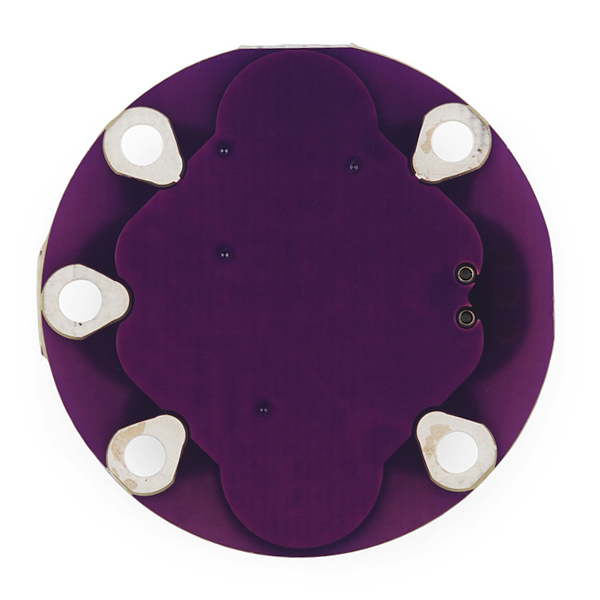 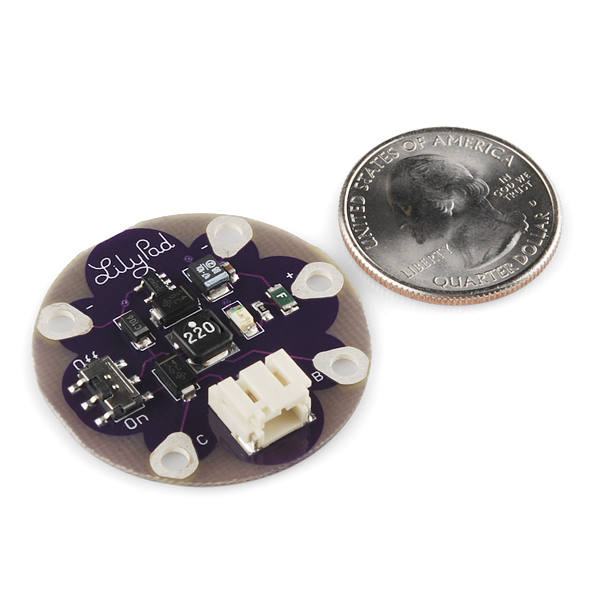 Retired DEV-11260 RoHS In Fritzing Library
Note: Retired Product
This product has been retired from our catalog and is no longer for sale. This page is made available for those looking for datasheets and the simply curious.

A small, but very mighty power supply. This board was designed to be as small and inconspicuous as possible. The nice thing about LiPower is the ability to use rechargable Lithium Polymer batteries. These batteries are smaller, flatter, and last much longer than a AAA battery. Attach a single cell LiPo battery, flip the power switch, and you will have a 5V supply to power your LilyPad network. Good up to 150mA. Short circuit protected.

This board has a JST connector, which will connect to our JST terminated single cell 3.7V LiPo batteries. It also has terminals for charging the LiPo battery with one of our LiPo chargers.

LilyPad is a wearable e-textile technology developed by Leah Buechley and cooperatively designed by Leah and SparkFun. Each LilyPad was creatively designed to have large connecting pads to allow them to be sewn into clothing. Various input, output, power, and sensor boards are available. They're even washable - but be sure to remove the battery!

Note: A portion of this sale is given back to Dr. Leah Buechley for continued development and education of e-textiles.