Retired WRL-11279 RoHS Open Source Hardware In Eagle Library 2
Note: Retired Product
This product has been retired from our catalog and is no longer for sale. This page is made available for those looking for datasheets and the simply curious. 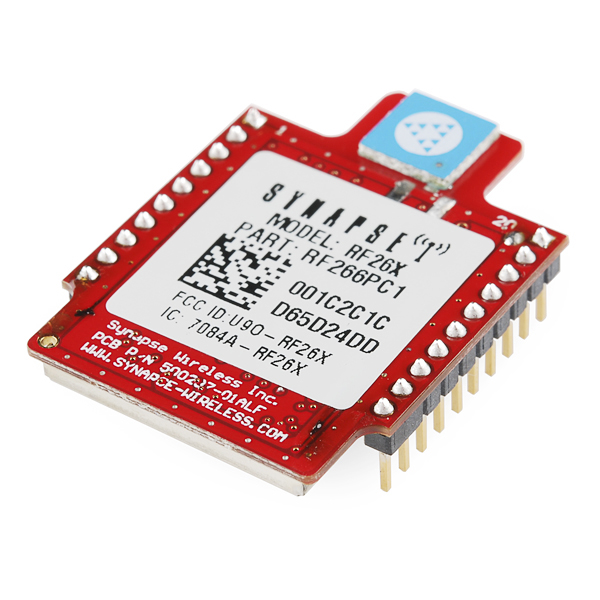 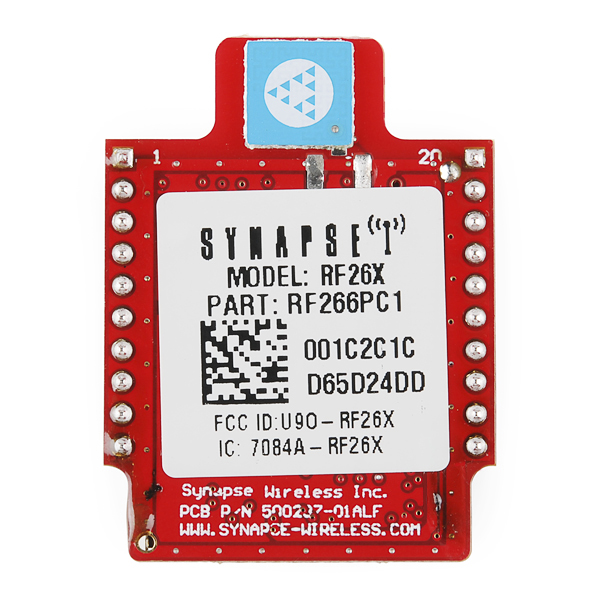 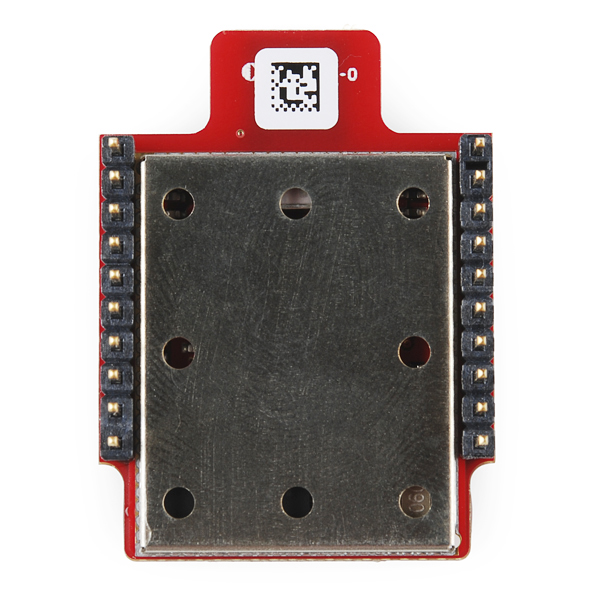 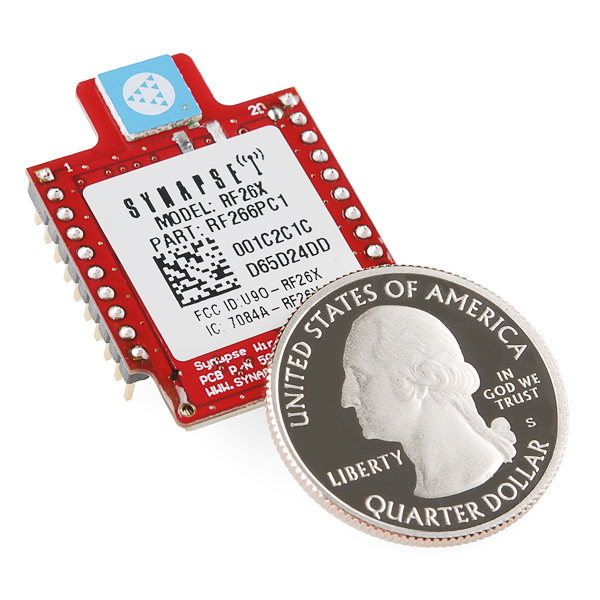 Retired WRL-11279 RoHS Open Source Hardware In Eagle Library
2
Note: Retired Product
This product has been retired from our catalog and is no longer for sale. This page is made available for those looking for datasheets and the simply curious.

Are you a fan of the XBee form-factor but in need of more power? Try the Synapse module! The Synapse RF266PC1 is an IEEE802.15.4 RF module running the SNAP® network operating system that is pin-compatible with sockets already designed in for Digi International’s XBee® and XBee-PRO® RF modules. The RF266 also includes an open source software layer that can understand AT commands that you may already be using or you can modify the software to fit your requirements.

This module supports data rates from 250kbps up to 2Mbps and distances of up to 4000ft. because of a high gain 20 dBm transmit amp; a built in receive amp provides a -107 dBm receive sensitivity! These small, low-powered, 2.4 GHz transmitter-receiver modules are modest in power consumption – as low as 0.37 μA.

The RF266PC1 even comes preloaded with the award-winning Synapse SNAP network operating system. The embedded Python virtual machine makes application programming fast and easy and you can send your code to the module over the air. That's right, the module can be programmed with a stripped-down Python style language and execute code on it's own, no separate microcontroller required!

about 7 years ago by Member #696305 verified purchaser

Very easy to use and very useful, I like python scripts.

Ahead of its time

about 5 years ago by Member #139578 verified purchaser

Synapse did well to stay ahead of XBee with the mesh tech. XBee have just now caught up but I have a draw full of these and happy to stay with them - especially with the built in Python. Spoiler alert - plug one of these into your http://www.dfrobot.com/wiki/index.php?title=Flyduino-A_12_Servo_Controller(SKU:DFR0136) for a great little robotic setup!