Retired WRL-12031 RoHS 2
Note: Retired Product
This product has been retired from our catalog and is no longer for sale. This page is made available for those looking for datasheets and the simply curious. 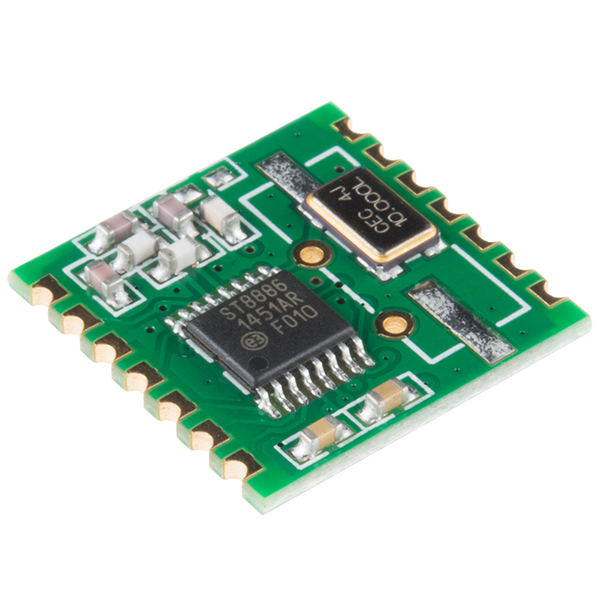 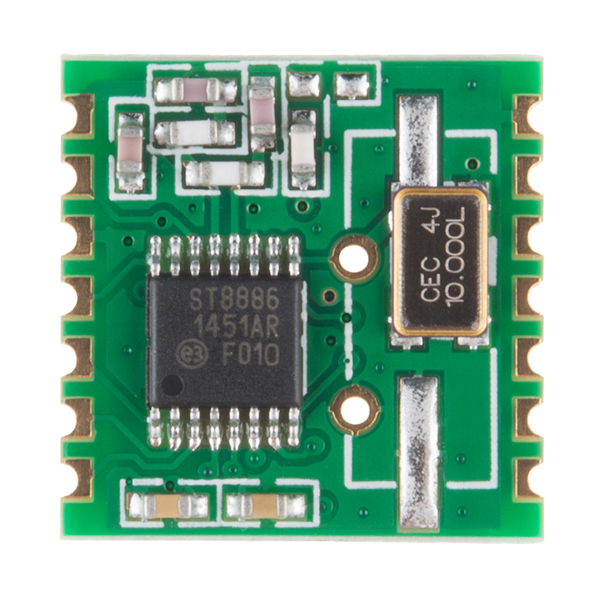 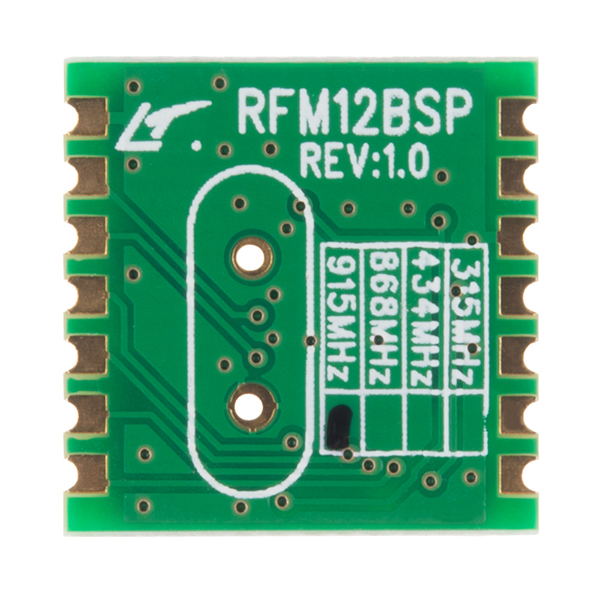 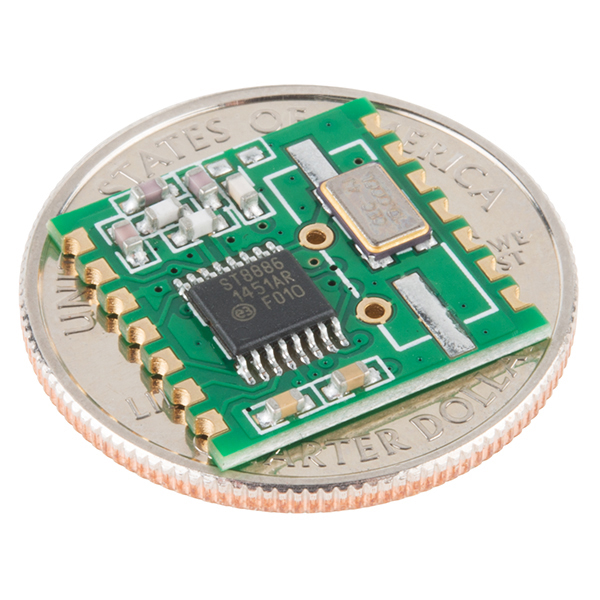 Retired WRL-12031 RoHS
2
Note: Retired Product
This product has been retired from our catalog and is no longer for sale. This page is made available for those looking for datasheets and the simply curious.

The RFM12B is a great inexpensive option for wireless communication; it's an ISM band FSK transceiver module implemented with a unique PLL. These modules operate in the 915MHZ band and fully comply with FCC and ETSI regulations.

This module has a wide voltage supply range of 2.2-3.8VDC. An SPI interface is used to send data and configure the RFM12 module. The configuration commands, described in the RF12 IC Datasheet linked below, can be used to set the data rate, frequency band, wake-up timer, transfer data, receive data from the 16-bit FIFO, and much more.

The module comes in a 14-pin SMD package, with pins spaced by 2mm. Check below for a breakout board.

Does not have .1" pin spacing

about 6 years ago by Member #42498 verified purchaser

And that make's it really hard to prototype. I soldered really thin wires to male dip headers so that I could wire it up. SInce that took a few hours I have yet to power it up.

about 5 years ago by Member #363340 verified purchaser

You can buy them for $3.50 direct from the manufacturer...if you don't mind waiting for the shipping from China. Great product though and I have used both the 915mhz and 433mhz.