Retired DEV-12767 RoHS 5
Note: Retired Product
This is a retired product. There is an updated version available: DEV-15421 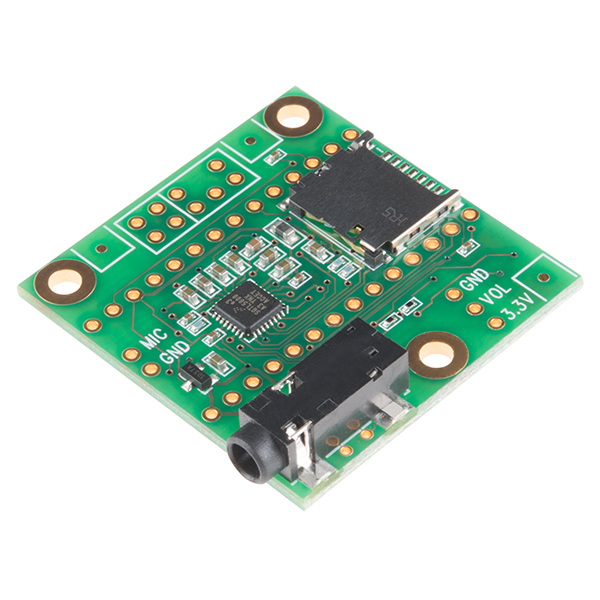 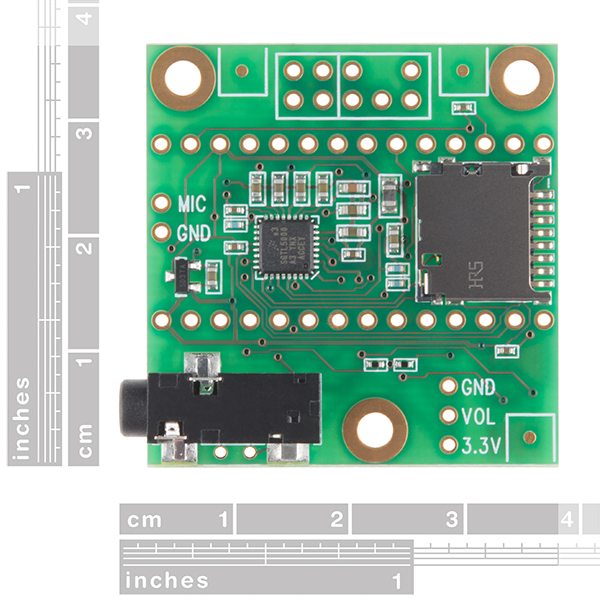 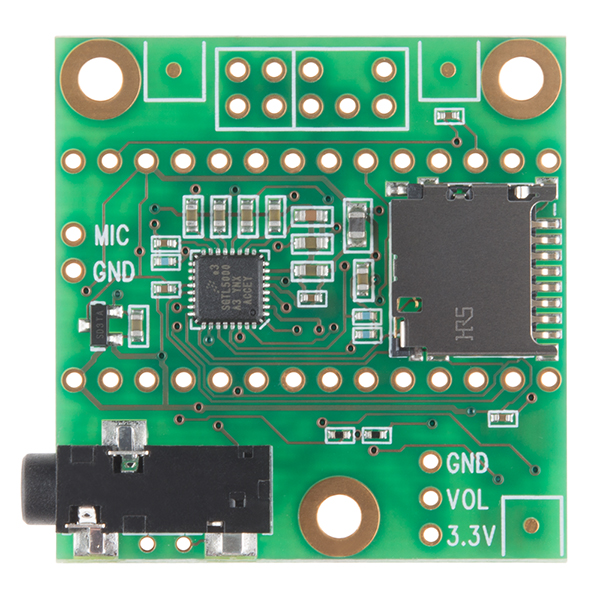 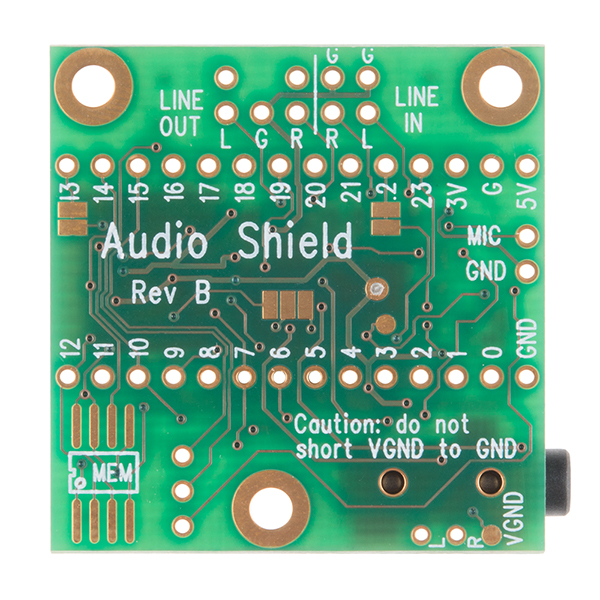 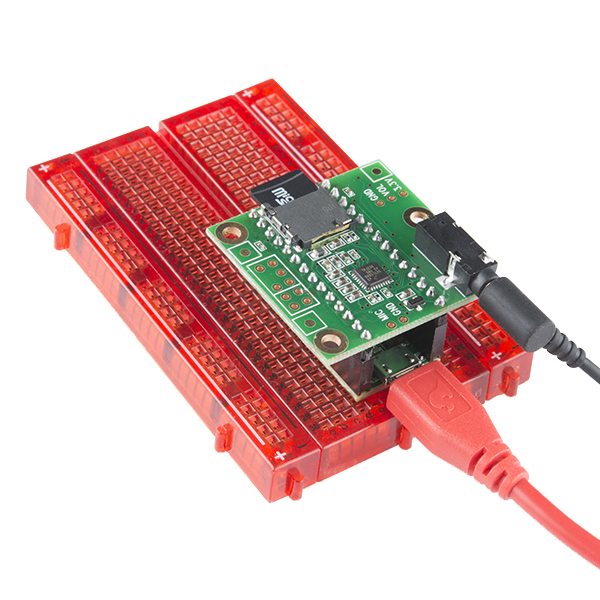 Retired DEV-12767 RoHS
5
Note: Retired Product
This is a retired product. There is an updated version available: DEV-15421

This is the Teensy Audio board add-on for the Teensy 3.x line development boards. This audio board provides you with an easy-to-use tool to add high quality 16 bit, 44.1 kHz sample rate audio to your Teensy project. With the audio library provided in the Documents section below you will be able to use both the input and output simultaneously in order to make a variety of great audio projects, incorporate synth waveforms, effects, and mix multiple sound streams and cd quality audio to your headphones or different line outs!

The Teensy Audio board utilizes the SGTL5000 stereo codec with headphone amp IC to decode and drive audio files and the Cortex-M4 DSP instructions from the Teensy dev board to provide power to a real-time FFT. Each board is also equipped with 3.5mm audio jack for headphones, a micro-SD card slot for storing audio files, and optional spaces for a 25k potentiometer (volume control) and flash memory chip. The two rows of 14x1 headers are not included to give you the freedom to choose how to connect your audio board with your Teensy.

Building a pedal around the Teensy 3.2 and Teensy Audio shield. Changing the effect in the pedal is as easy as uploading a new sketch!
Favorited Favorite 11

A guide to using the TeensyView OLED board to display text and graphics.
Favorited Favorite 4

about 4 years ago by Member #610464 verified purchaser

I had it working a few minutes after opening the package. Teensyduino provides many examples to get started with and the Teensy website has more in depth information when the examples don't answer all your questions.

about 5 years ago by Member #805369 verified purchaser

You have no reason not to buy this. NO reason. Paul (the inventor of the Teensy) is an awesome guy who answers pretty much every question anyone has. This little device does everything from breaking into locked devices to audio playing and sound effects, controlling lighting for your home, car - or actually controlling your home and car! The audio board is an amazing and very cheap add on that makes easy projects even easier. Buy it now!

about 5 years ago by Member #862216 verified purchaser

I used the audio board to build the handpan project. Works great!

The ability to mix audio is the key for me.

about 4 years ago by Member #848177 verified purchaser

I needed to create an instrument that could play 3 notes simultaneously. While the Teensy can play a single note ok (more or less) it can't be mixed with another note well. Using the online Audio system design tool and this board gives me excellent quality tone and the software Mixer blends multiple notes perfectly. I don't use pre-recorded music so the SD card socket is just baggage. I use a lot of these so dump the socket and cut the cost and I would be happier!