Retired DEV-14084 RoHS 1
Note: Retired Product
This product has been retired from our catalog and is no longer for sale. This page is made available for those looking for datasheets and the simply curious. 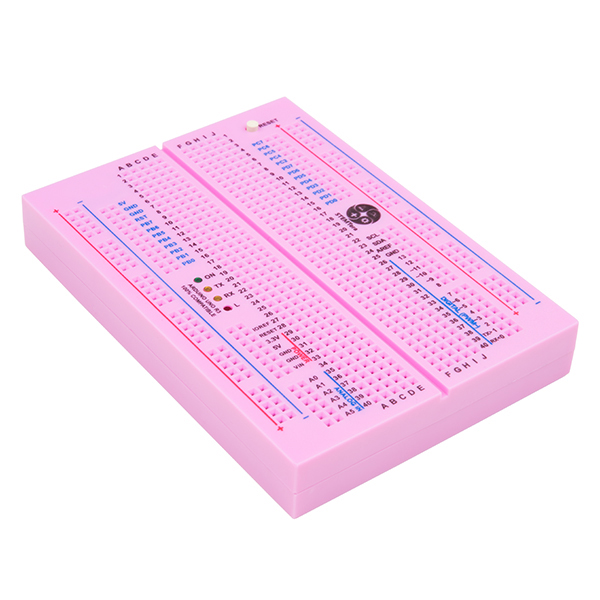 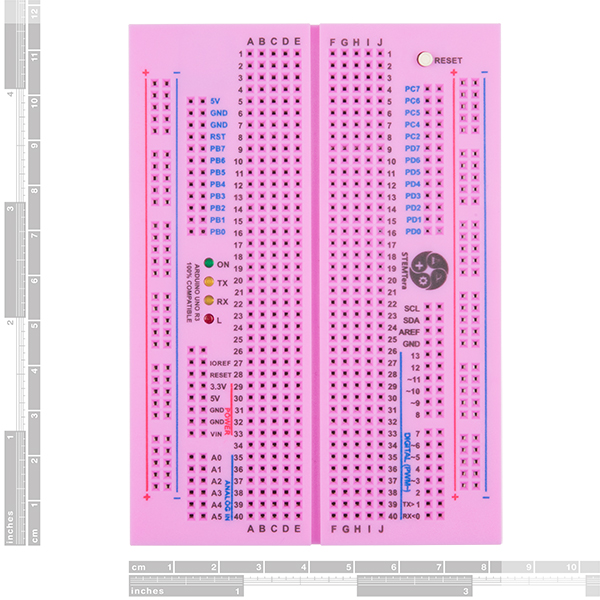 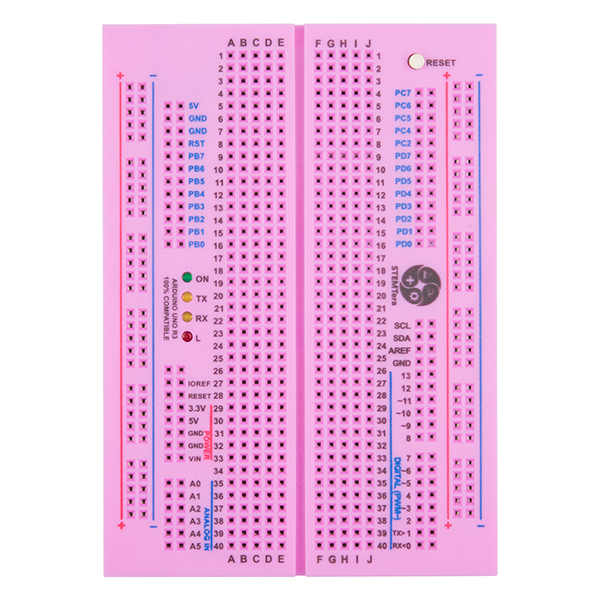 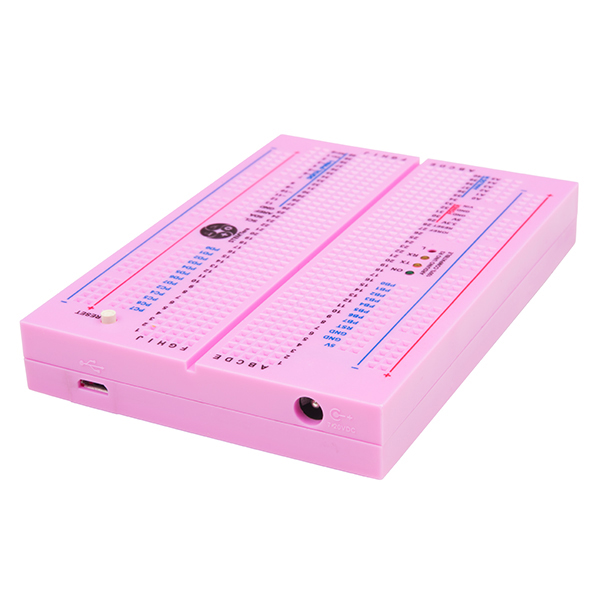 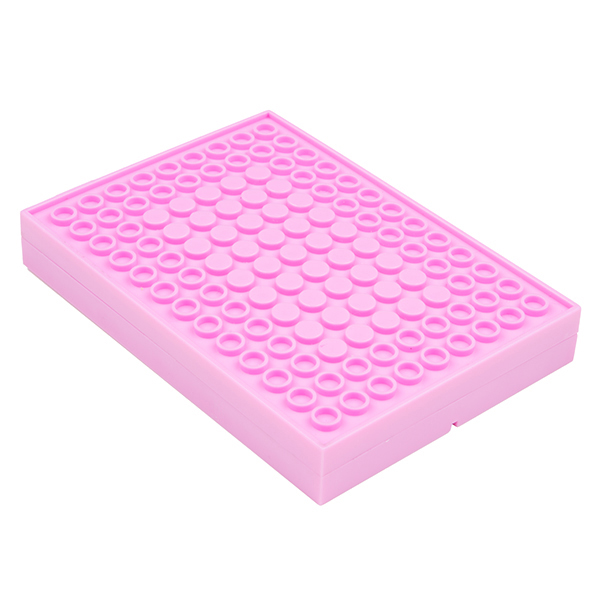 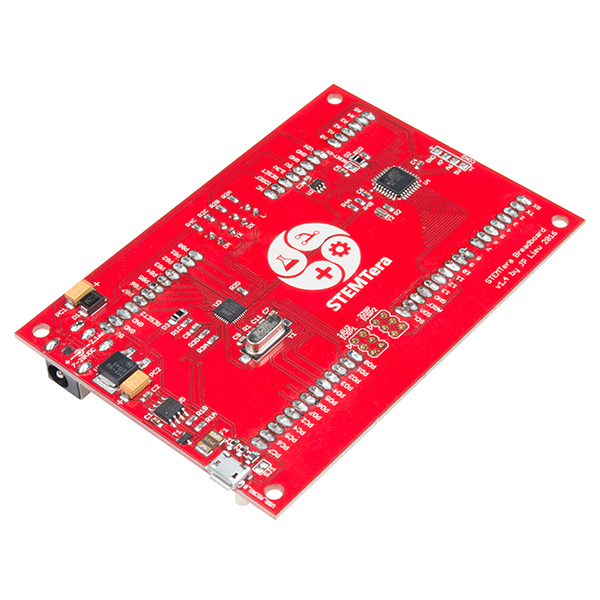 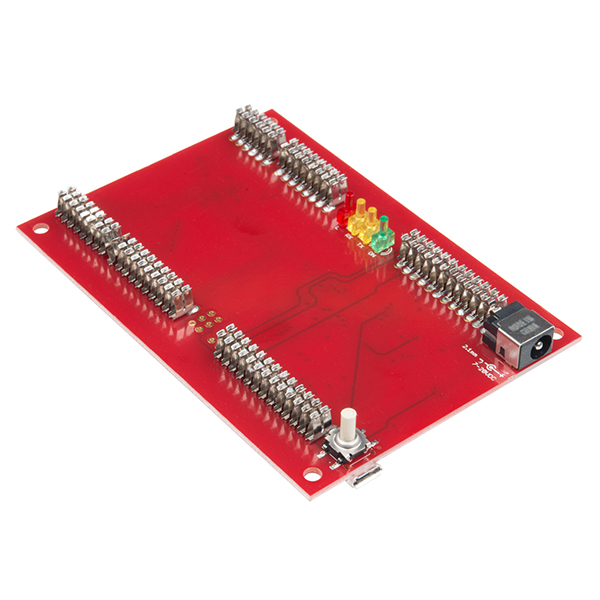 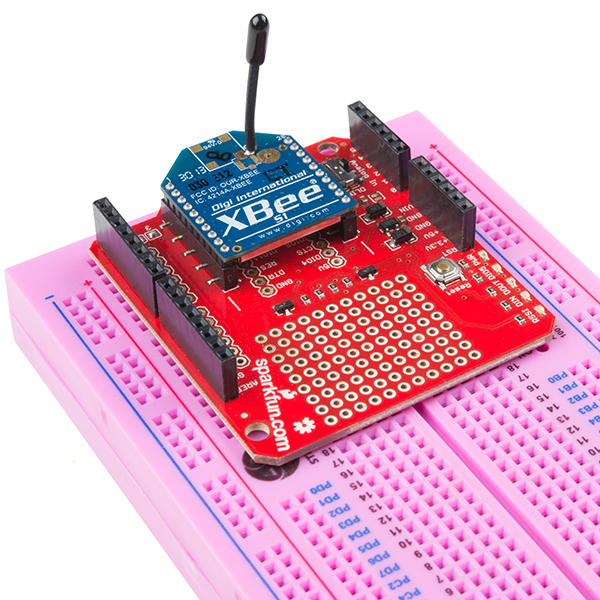 Retired DEV-14084 RoHS
1
Note: Retired Product
This product has been retired from our catalog and is no longer for sale. This page is made available for those looking for datasheets and the simply curious.

The STEMTera is an innovation in breadboard history. It is the first breadboard with an Arduino-compatible hardware suite built in that works with thousands of shields. With ATmega32U2 pins exposed, native USB projects can be easily developed using the LUFA framework. The STEMTera also features a LEGO® brick-compatible bottom that empowers projects to be built beyond imagination. This version of the STEMTera is housed in a durable pink ABS plastic enclosure.

Since the STEMTera is a development board built directly into a breadboard, it eliminates the need for messy wires to be strewn about your work space. By having two microcontrollers built inside the breadboard, it provides direct access to the ATmega328P’s I/O pins. With the 21 I/O pins of the ATmega32U2 exposed, users will be able to develop native USB projects with ease. These extra I/O pins can work directly with the LUFA framework without having a middleman to translate messages as with the original Arduino UNO. Additionally, the STEMTera is pin-to-pin compatible with an Arduino UNO R3 shield and supports multiple IDEs, including: Atmel® Studio, Arduino IDE, AVR-GCC, AVR-GCC with LUFA, Scratch and more!

The STEMTera even has a LEGO-compatible 10x14 bottom cover that enables LEGO bricks to be connected directly into the breadboard without using special mounting techniques or adapters.

about 4 years ago by Rob verified purchaser

The STEMTera works fine and is a lot more convenient than having to use a separate Arduino when prototyping a project. For me, it worked exactly as advertised. I'm sure I will continue using it for years. The pink color is perhaps a little unfortunate (they were all out of the black and white ones), but it certainly makes the STEMTerra easy to find on a cluttered desk.