Retired SPX-14811 Open Source Hardware 1
Note: Retired Product
This product has been retired from our catalog and is no longer for sale. This page is made available for those looking for datasheets and the simply curious. 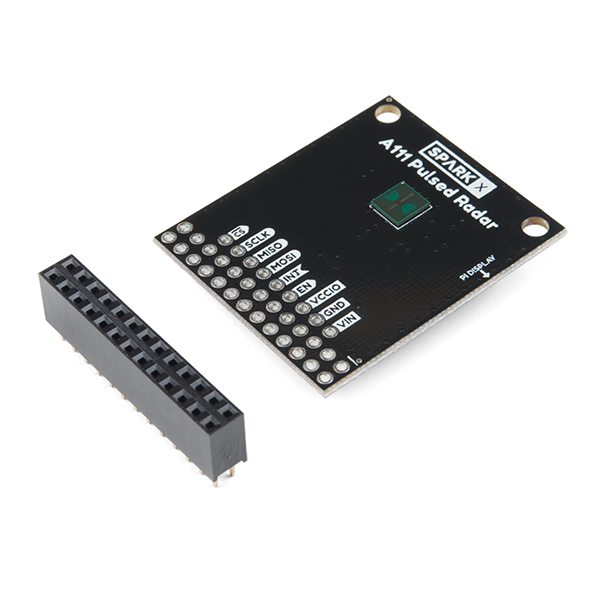 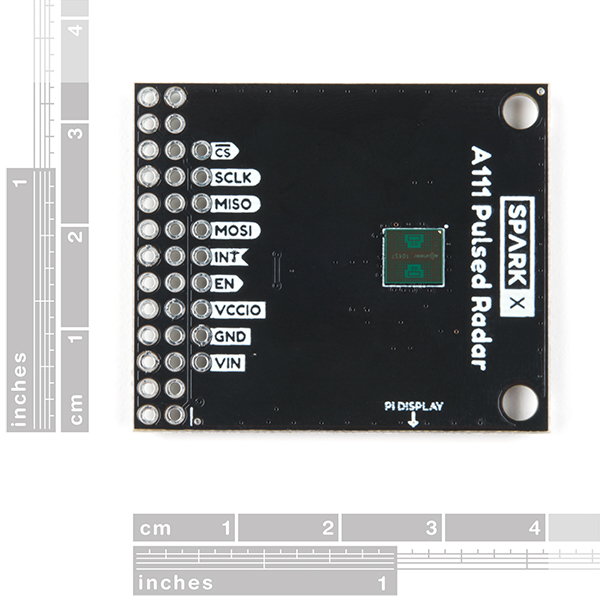 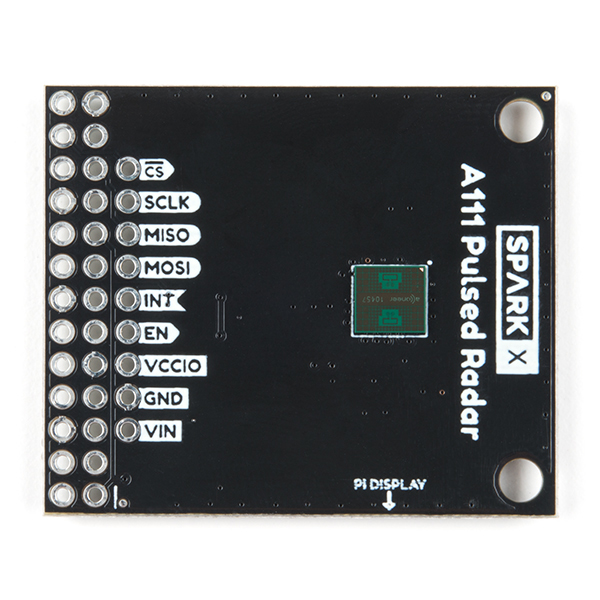 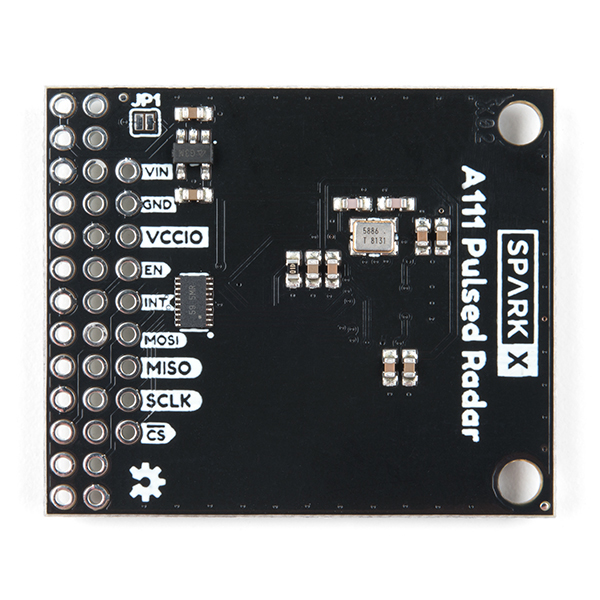 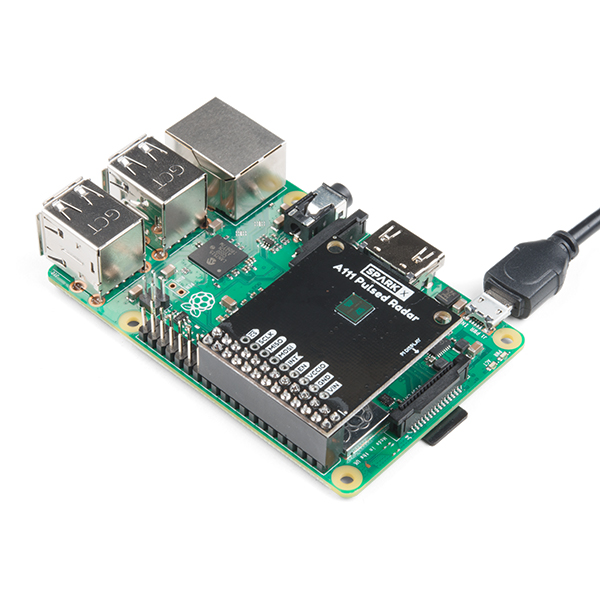 Retired SPX-14811 Open Source Hardware
1
Note: Retired Product
This product has been retired from our catalog and is no longer for sale. This page is made available for those looking for datasheets and the simply curious.

This breakout board has been retired, but check out its Red Cousin SparkFun Pulsed Radar Breakout - A111!

Does your project require high-precision, cutting-edge distance measurement? Or maybe speed-, motion-, or gesture-sensing? We're not talking about simple ultrasonic, or even infrared, sensors here, but 60GHz radar! Well say hello to our tiny, pulsed-radar friend: the Acconeer A111.

The A111 is a single-chip solution for pulsed coherent radar (PCR). It comes complete with integrated antennae and an SPI interface capable of clock speeds of up to 50MHz. The A111's primary use case is distance-sensing, but it also supports applications in gesture-, motion-, material-, and speed-detection. It can see objects at distances of up to two meters.

Our breakout board for the A111 includes a 1.8V regulator, voltage-level translation between 1.8V and either 3.3V or 5V, and, of course, it breaks out all pins of the pulsed radar sensor to both 0.1-inch and Raspberry Pi-friendly headers.

The breakout board is primarily designed to interface directly with a Raspberry Pi – Acconeer’s SDK currently only supports ARMv7’s (e.g. a Pi) and ARM Cortex-M4’s (e.g. the nRF52832). Check out our Using the A111 Pulsed Radar Breakout tutorial, which explains how to use the sensor with a Raspberry Pi.

Get started with the Acconeer A111 SDK with a Raspberry Pi! The tiny A111 pulsed coherent radar (PCR) adds high-precision, cutting-edge distance measurement for speed-, material-, motion-, or gesture-sensing projects! We’re not talking about simple ultrasonic, or even infrared sensors here, but 60GHz radar!
Favorited Favorite 6