Retired TOL-14872 RoHS 2
Note: Retired Product
This product has been retired from our catalog and is no longer for sale. This page is made available for those looking for datasheets and the simply curious. 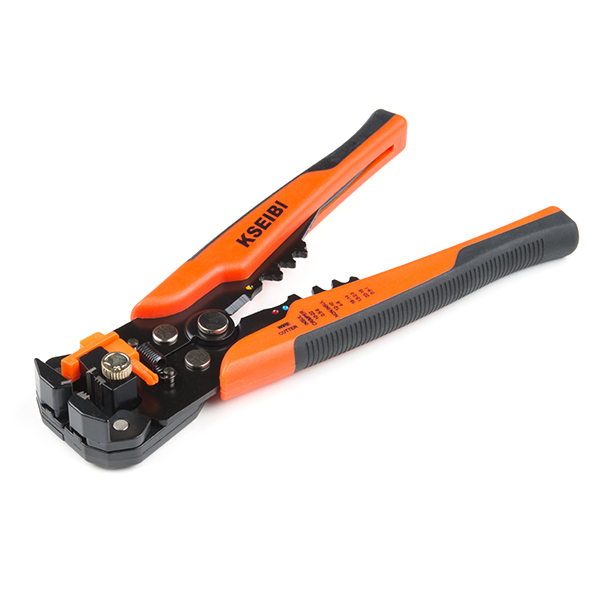 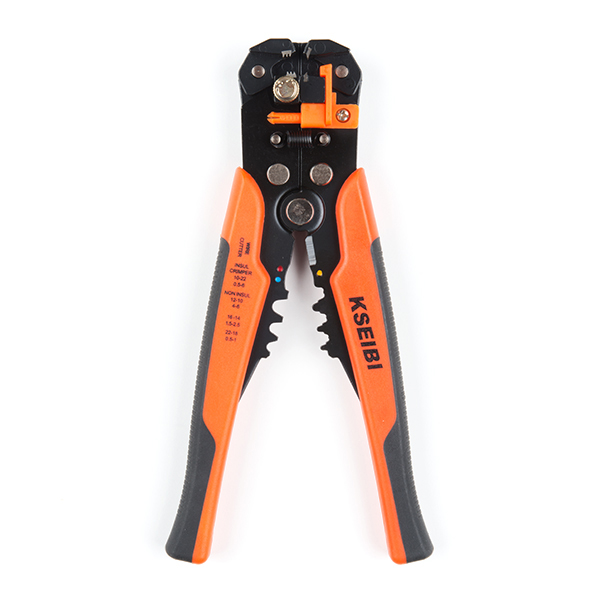 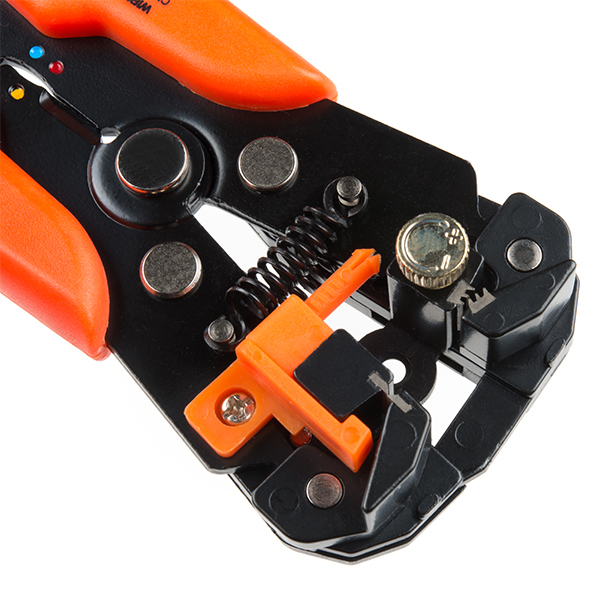 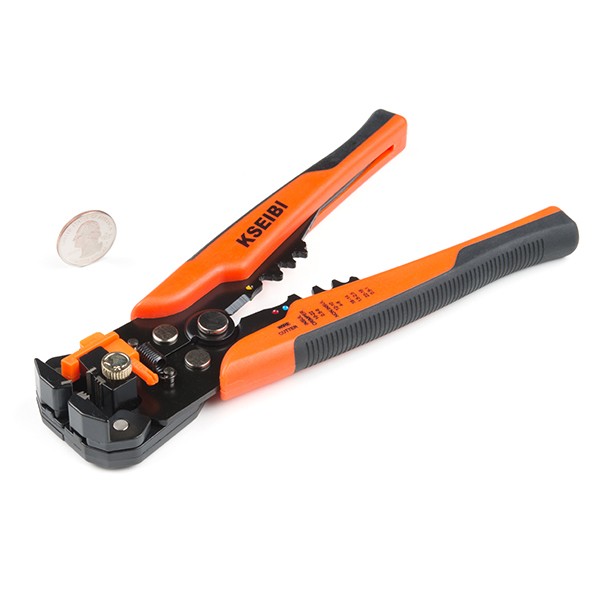 Retired TOL-14872 RoHS
2
Note: Retired Product
This product has been retired from our catalog and is no longer for sale. This page is made available for those looking for datasheets and the simply curious.

Let's face it, wire strippers can be problematic to use if you aren't sure what your doing and it could result in you accidentally wasting material. Lucky for you, there is this Self-Adjusting Wire Stripper that can take any almost any wire, place it in the head of the tool, compress the handles, and you will have a perfectly stripped wire every time. This Self-Adjusting Wire Stripper also doubles as a wire cutter and triples as an insulated and non-insulated crimper as well!

Although these wire strippers are rated for 10-24AWG, they do feature an adjustable swivel knob to strip wire smaller than 24AWG making them ideal to have as part of your workbench or tool box, regardless of if you are a maker, technician, or homeowner.

How to strip, crimp, and work with wire.
Favorited Favorite 51

Strip Several Wires at Once

The self adjusting wire stripper can also strip more than one wire at a time if you place the wires adjacent to each other between the teeth.

This tool makes it easier to modifying EL wire. Simply adjust the knob and strip the clear sleeve to expose the corona wires. If you are careful enough, the second clear PVC sleeve can be removed to expose the phosphor coated core wire. For an example, check out the tutorial Instructables: EL Wire and Leather Necklace: Step 4.

Disappoints you most of the time

I used a similar self-adjusting wire stripper at work for years and loved it, so I know how well they're supposed to work. These just fail. The problem seems to be that the gripper on the left isn't strong enough. More often than not, the cutter on the right grips the cable first and stronger, and then the gripper on the left rips the sheathing backwards, so it's crumpled down the cable instead of being pulled off. If you're lucky, the conductor will be intact albeit possibly stripped more than you intended, but if you're not it will have been pinched or cut shorter. Using your finger to help press down the gripper so it contacts first and stronger helps, but not consistently.

This seems to be one of several tools on the market with a nearly identical mechanism and styling, which are probably all produced in the same anonymous factory and given different brands. That would explain why none of them anywhere come with an instruction manuals, and all of them have the same "swivel knob" that doesn't seem to do anything. (A reviewer of a different brand on Amazon took it apart and replaced the screw with a longer one, and said that helped.)

Overall, I can't recommend these. I've used good self-adjusting wire strippers, and these ain't it. They're okay for the outer sheath on Cat5, but pretty useless for wires. I wouldn't trust them to strip any wire that I've already cut the wire to the exact length needed, because it's all too likely they would mess up the wire and I'd have to cut it shorter.

Cool tool, not for all wire

about 3 years ago by BerenV verified purchaser

I bought these because they looked like they would save me a bunch of time (and be a cool thing to pull out of my toolbox). They do work well on a lot of types of wire if you adjust them right, but then they're not entirely "self-adjusting". I've wasted several feet of 22 gauge solid core hookup wire trying to get them to work since that's what I need to strip most of the time, but never got them past a ~50/50 success rate. They work great on larger diameter wire or wire that has the insulation bonded more tightly to the copper, but for whatever reason the standard SF hookup wire doesn't seem to work well with them. I think they're a pretty reasonable price so I'm not disappointed to have bought them.