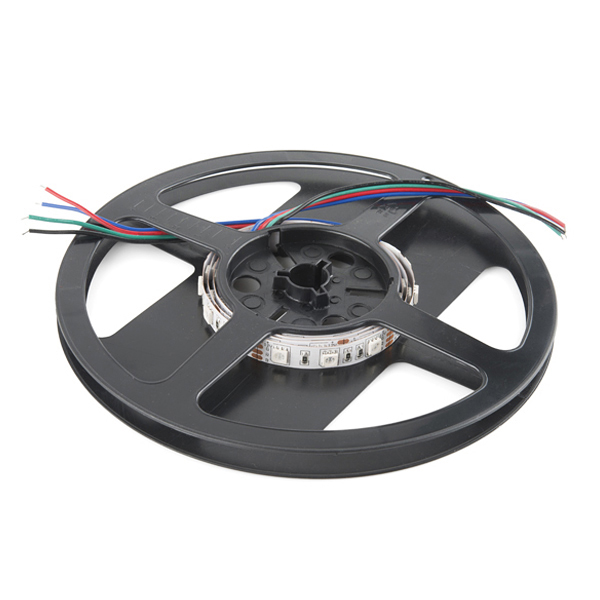 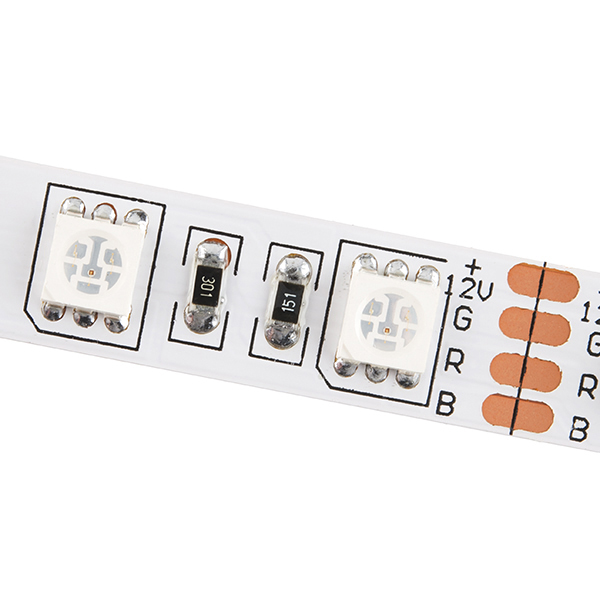 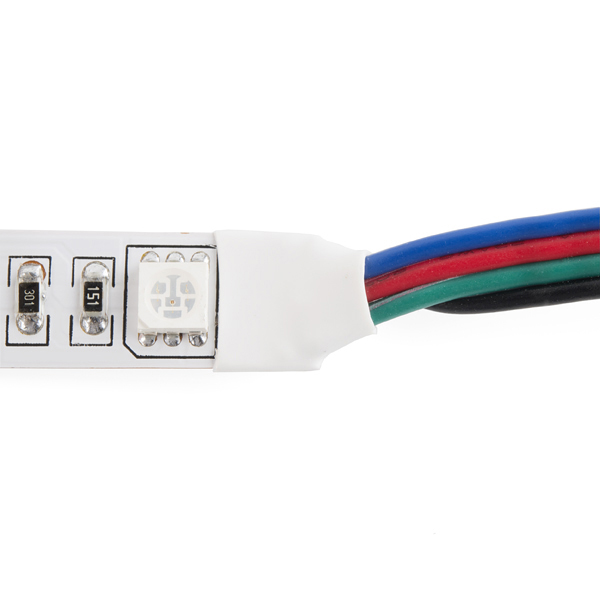 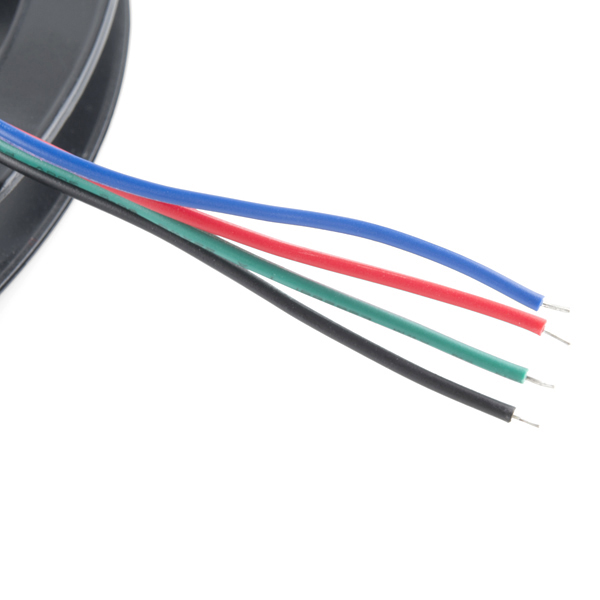 These are bare non-addressable 1 meter long RGB LED strips that come packed with 60 5060 LEDs per meter. As these are bare LED strips that have no protective coating, your project won't be water proof but there is access to each 5060 LED and each strip length can be easily modified. You will be able to control and power the whole LED RGB Strip together with 12V giving you cool lighting effects for your car or perhaps under cabinet lighting in your kitchen!

Note: These come in 1m segments on a reel. They are preterminated with wires, as shown in the pictures.

Get Started with the Non-Addressable RGB LED Strip Guide

Light Up Your 3D Printer's Bed

Having issues viewing your print in a dark lit room? In this tutorial, we will be using LED strips to light up a print bed's area on a LulzBot 3D printer!
Favorited Favorite 7

Add color to your projects with non-addressable LED strips! These are perfect if you want to control and power the entire strip with one color for your props, car, fish tank, room, wall, or perhaps under cabinet lighting in your home.
Favorited Favorite 1

The closest Fritzing part related to this LED strip can be found here:

If you are looking at the details, the LED is flipped and IC is the 5060 package.

Powering and Controlling the LED Strip

Apply +12V to the + pin and ground any of the colored wires to turn the LED color on. When using with a microcontroller, you would need an n-channel mosfet [ https://www.sparkfun.com/products/10213 ] to turn it on and off. The LED strips require a lot of power (especially the 5M strips) but worked well with a variable power supply set at 12V/1A. The LED strip does get warm to the touch when using.

Nice strip, perhaps not the most durable

about 5 years ago by vespum verified purchaser

Used this for some desk lighting. When all three LEDs are driven at full it makes more of a green then a white, and I'd probably want to put some diffusion over it if I was using it in a general context. The strip doesn't have an adhesive backing, but it is almost the same size as a strip of double sided tape, so making the back adhesive isn't too difficult. I ordered two strips, and the LEDs on of of them seem to have broken, but that was likely more because I knocked into them or something, seeing as the worked when they arrived. Over all a great product, and I will probably use it again.