Retired COM-10407 RoHS
Note: Retired Product
This product has been retired from our catalog and is no longer for sale. This page is made available for those looking for datasheets and the simply curious. 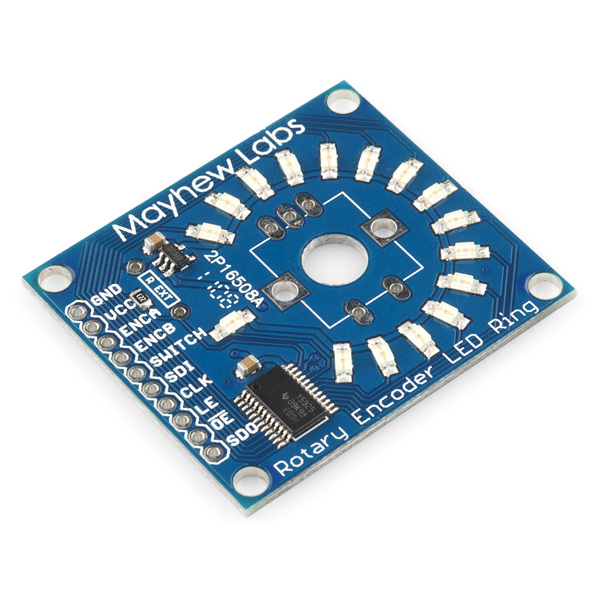 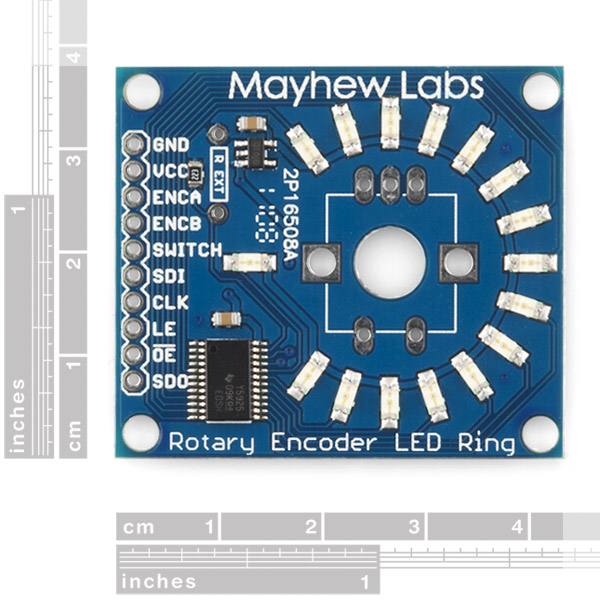 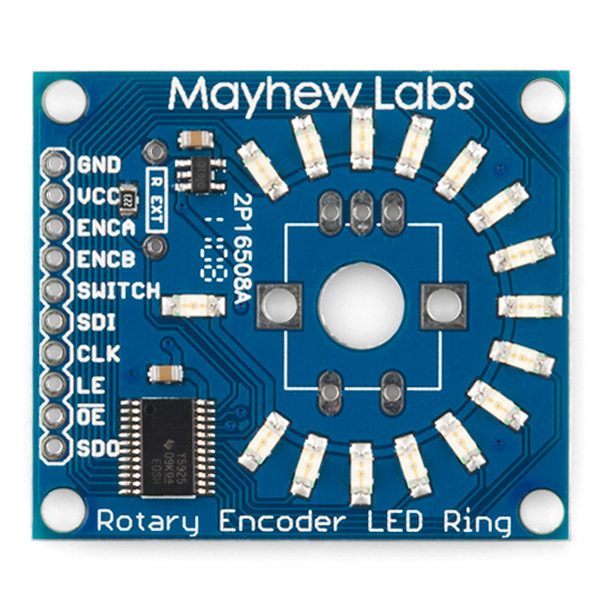 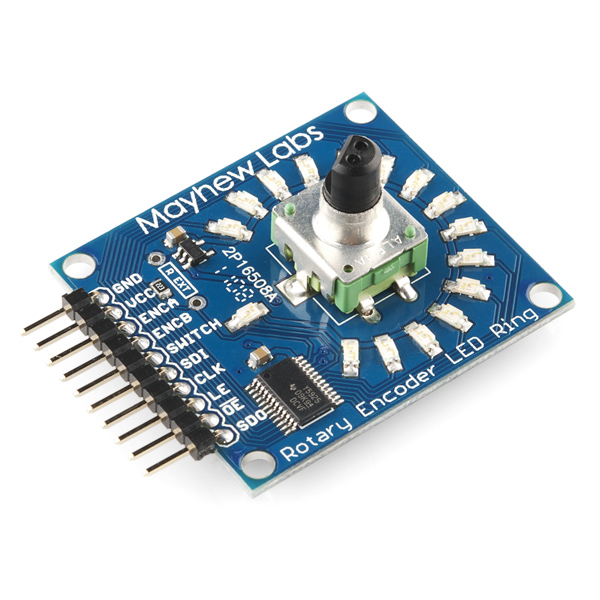 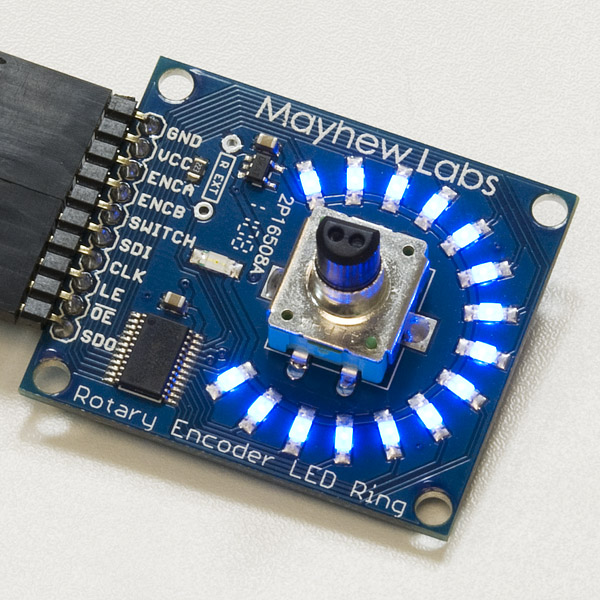 Retired COM-10407 RoHS
Note: Retired Product
This product has been retired from our catalog and is no longer for sale. This page is made available for those looking for datasheets and the simply curious.

The Rotary Encoder LED Ring is a position indicator for rotary encoders. Traditional knobs with indicator lines do not give accurate representation of an encoder’s value since rotary encoders have no start or end point. The Rotary Encoder LED Ring has through-hole or shaft mounting for most standard encoders and uses a Texas Instruments TLC5925 shift register to interface 16 blue LEDs to any microcontroller through SPI. A microcontroller can be programmed to output any desired sequence on the LEDs.