Retired RTL-10769 RoHS Open Source Hardware 3
Note: Retired Product
This product has been retired from our catalog and is no longer for sale. This page is made available for those looking for datasheets and the simply curious. 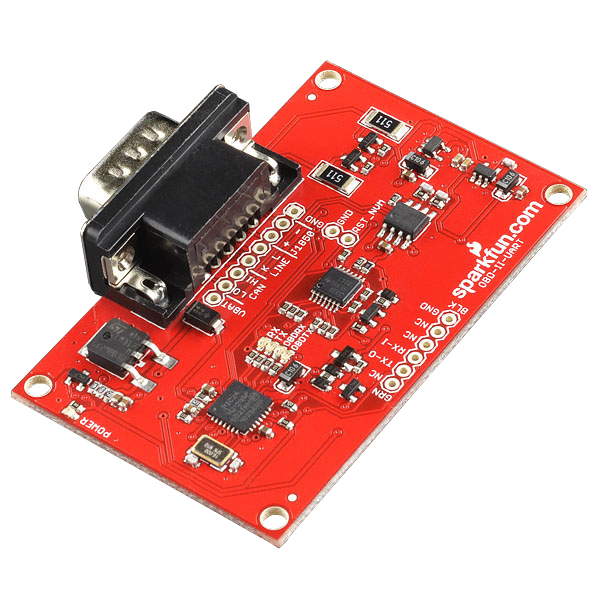 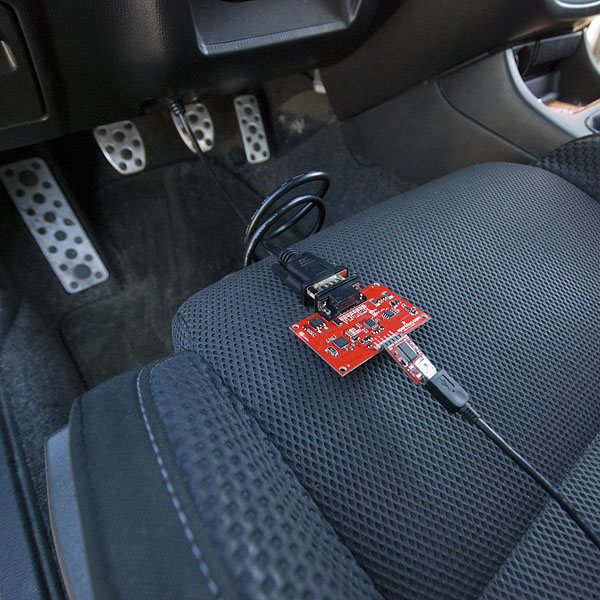 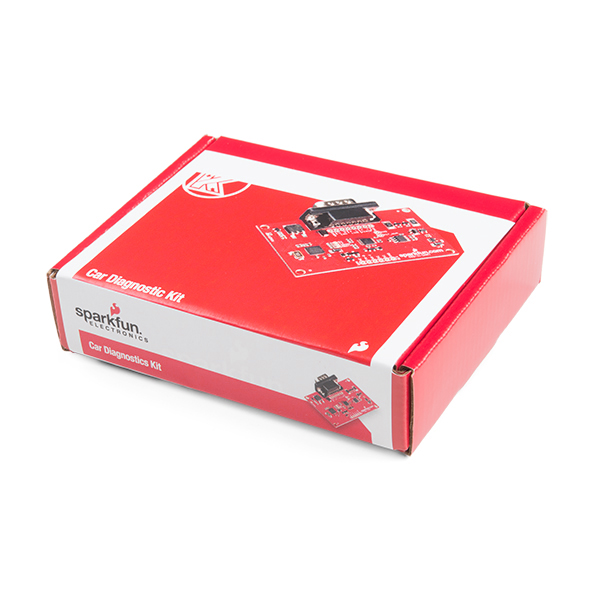 Retired RTL-10769 RoHS Open Source Hardware
3
Note: Retired Product
This product has been retired from our catalog and is no longer for sale. This page is made available for those looking for datasheets and the simply curious.

Has your "Check Engine Light" turned on in your car and you don't know what could possibly be wrong? We get it, it's a stressful situation that no one wants to be subjected to, and that's why we created the SparkFun Car Diagnostics Kit! The OBD-II included in this kit allows you to interface with your car's OBD-II bus. It provides you a serial interface using the ELM327 command set and supports all major OBD-II standards such as CAN and JBUS. The board also provides a footprint which mates directly to our FTDI Basic or a Bluetooth Mate. The DB9 connector mates with our DB9 to OBD-II cable listed below.

On-Board Diagnostics, Second Generation (OBD-II) is a set of standards for implementing a computer based system to control emissions from vehicles. It was first introduced in the United States in 1994, and became a requirement on all 1996 and newer US vehicles. Other countries, including Canada, parts of the European Union, Japan, Australia, and Brazil adopted similar legislation. A large portion of the modern vehicle fleet supports OBD-II or one of its regional flavors.

Among other things, OBD-II requires that each compliant vehicle be equipped with a standard diagnostic connector (DLC) and describes a standard way of communicating with the vehicle’s computer, also known as the ECU (Electronic Control Unit). A wealth of information can be obtained by tapping into the OBD bus, including the status of the malfunction indicator light (MIL), diagnostic trouble codes (DTCs), inspection and maintenance (I/M) information, freeze frames, VIN, hundreds of real-time parameters, and more.

STN1110 is an OBD to UART interpreter that can be used to convert messages between any of the OBD-II protocols currently in use, and UART. It is fully compatible with the de facto industry standard ELM327 command set. Based on a 16-bit processor core, the STN1110 offers more features and better performance than any other ELM327 compatible IC.

Get Started With the OBD-II UART Guide

How to start working with the OBD-II Uart board.
Favorited Favorite 8

A general guide to the OBD-II protocols used for communication in automotive and industrial applications.
Favorited Favorite 28

i buy this product, and i read the hock up guide - and it was not working and i trouble shoot it. then i discover that both grounds from the RS232 and OBD2 headers aren't connected through the board. i use jumper wire between both and it works like a charm.

Hi, sorry about this. I have your note in the hands of someone who can update that information. Happy hacking!

about 7 years ago by Member #791943 verified purchaser

I purchased this thinking I could use this for a project. I followed the hookup guide verbatim, minus the fact that I used it on my Arduino Mega. The code doesn't work at all. I tried to cut out the lcd screen and just used the serial monitor to debug the code and nothing is working.

I send serial signals to the board and it never relays it to the vehicle. I've used it on 3 separate vehicles, none of them returned anything.In the sparkfun tutorial I find that the board gets stuck in the OBD getResponse function. I guess the Serial connection isn't available? I'm pretty sure the board is broken or something.

Hmmm, sounds like you need to contact our tech support team. They should be able to help determine the issue, and, if it's a borked board, get a replacement to you.