Retired WIG-11560
Note: Retired Product
This product has been retired from our catalog and is no longer for sale. This page is made available for those looking for datasheets and the simply curious. 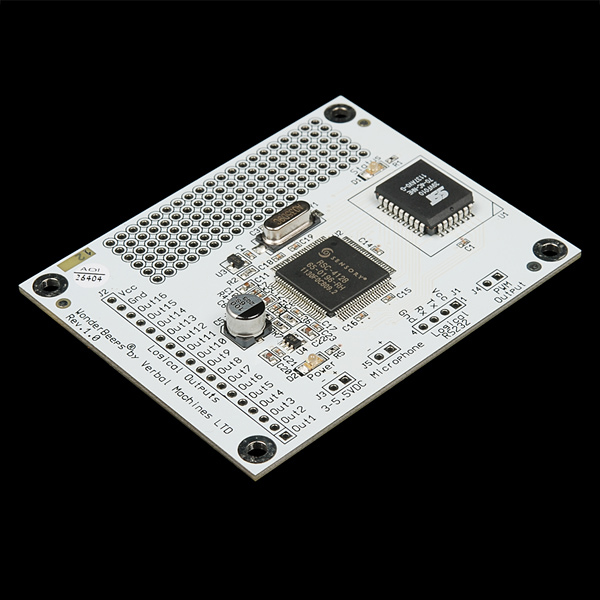 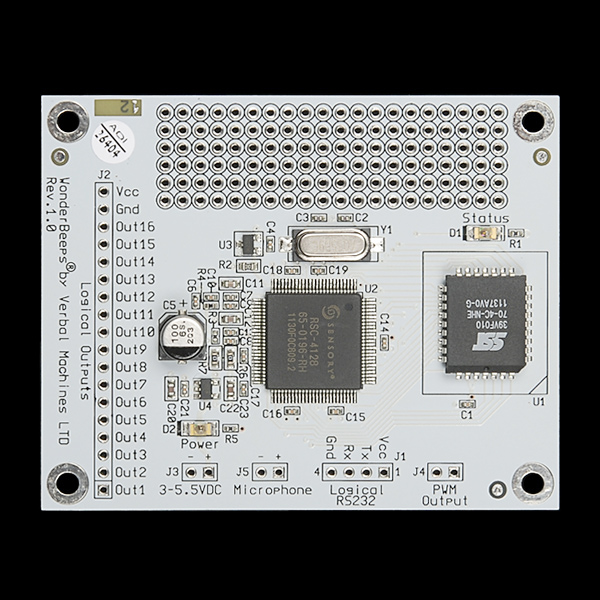 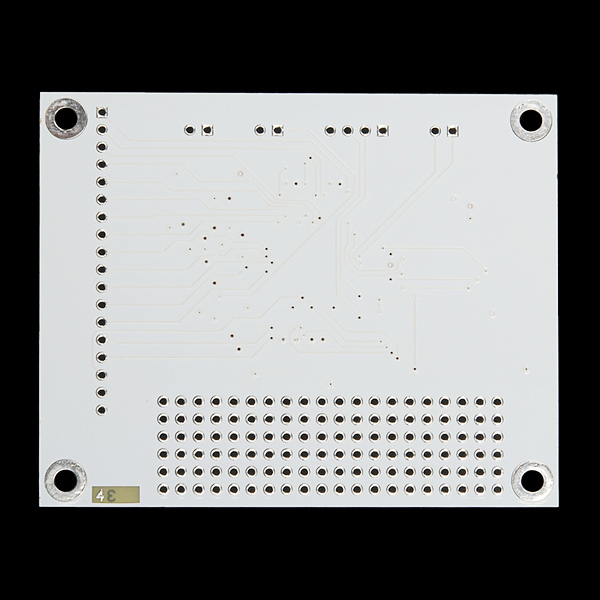 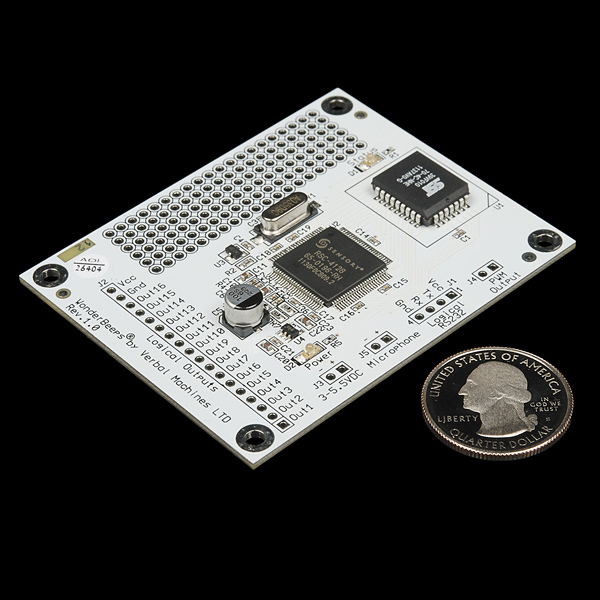 Retired WIG-11560
Note: Retired Product
This product has been retired from our catalog and is no longer for sale. This page is made available for those looking for datasheets and the simply curious.

There seem to be a lot of situations where simple wireless control is the one part of your project that just doesn't pan out. Infrared doesn't work out of line-of-sight, RF is vulnerable to interference, but what about sound? Controlling your project with sound is convenient because you don't need a designated transmitter, you probably own several: home stereo, cell phone, television anything that can play a sound could be a transmitter for your wireless device! How can you make this happen? WonderBeeps.

The WonderBeeps board is a really simple way of adding wireless capabilities to your next project. Simply connect a standard electret mic, supply 3-5VDC and play the Beeps! The Beeps are transmitted at around 8Khz so they can be heard but they can be embedded within other sounds to make them almost unnoticed. Each transmission only takes about half a second. You can download the Beeps as files or install the WonderBeeps iPhone App.

Each Beep corresponds to one of 16 pins on the WonderBeeps, which will toggle its state high or low when Beeped at. It's really that easy. The board also has a status LED, a logical level RS232 output that can be used to tell you which WonderBeeps number was received and some general prototyping space.

The possibilities really are endless: Put the beeps in your favorite music track to automate a light show, Make a dancing robot that gets its cues from the music, implant the WonderBeeps into your robot army and trigger the uprising from a TV commercial. Hey, it's your choice.